Construction activity fell last month but remains in positive territory, although orders are falling and are down on what they should be for the time of year. Experian Economics analyses the statistics

The orders index dived eight points to 47, indicating that orders were below normal for the time of year for the first time in four months. The residential orders index plummeted by 13 points in March, taking it into negative territory at 39 - its lowest level since May last year. The non-residential and civil engineering orders indices showed orders slowing in their respective sectors, but the former index dropped two points to 61 and the latter fell to 55 - a decline of six points.

The percentage of respondents reporting that no factors were constraining their activity fell back to its January level of 17%, following a slight rise last month. Bad weather and labour shortages as a limitation remained unchanged from February at 12% and 1% respectively. The share of respondents that indicating insufficient demand was restricting activity declined marginally in March to 47%. Meanwhile, material or equipment shortages (1%), financial limitations (17%) and other factors (4%) all became marginally more of a concern as 1% more businesses reported these as issues in March compared with February.

The employment index slid five points to 41 in March, following five successive months of slowing declines in employment. The index has shown declining levels of employment every month since December 2007.

The tender prices index slipped back below the no-change mark at 49 - a fall of two points from last month. This indicates that on balance firms are expecting the prices they charge to fall over the coming three months. 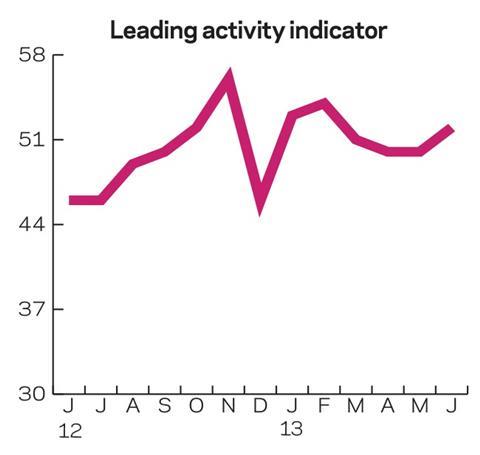 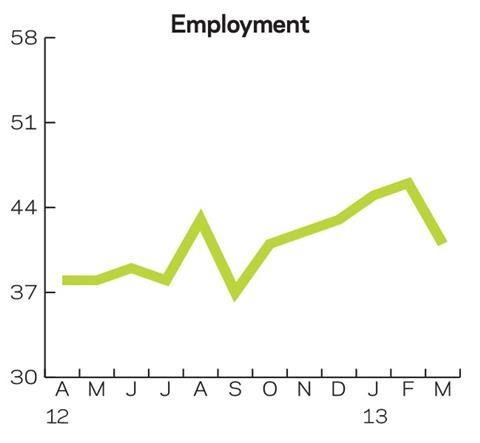 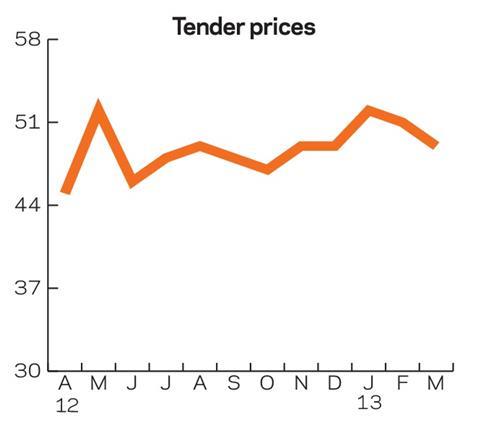 CFR’s Leading Construction Activity Indicator is expected to fall back one point to the no-change mark of 50 in April. The index is predicted to remain unchanged in the following month before gaining two points to reach 52 in June. 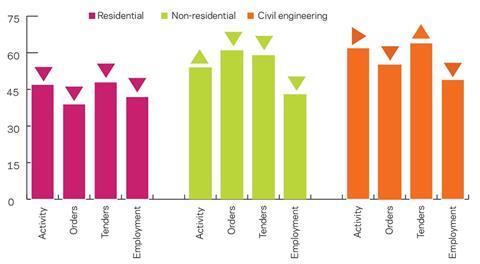 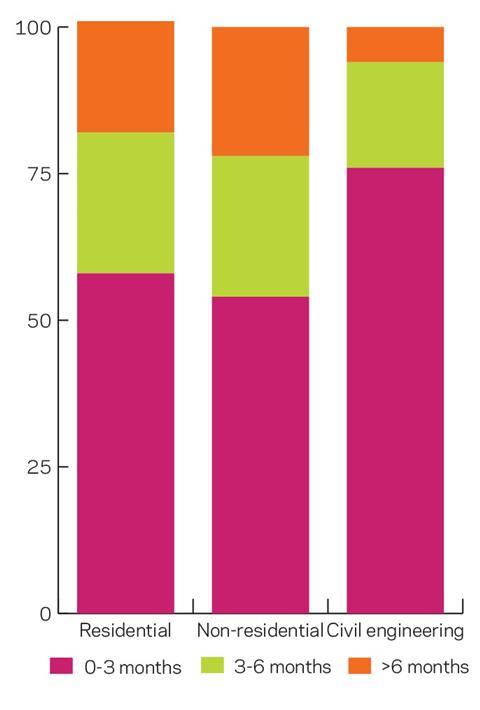 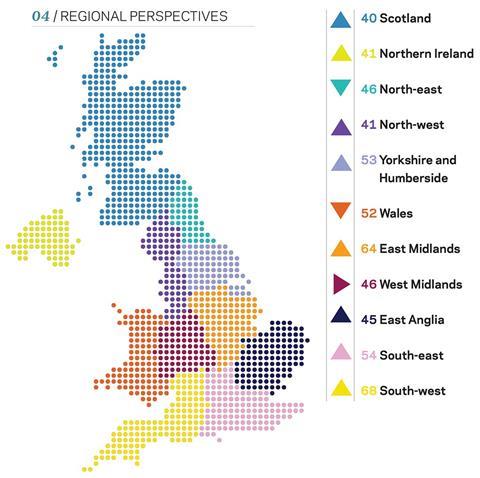 In March, eight of the UK’s 11 regions saw an increase in their index. Yorkshire and Humberside experienced the sharpest rise as its index gained six points to 53, taking it back above the no-change mark for the first time in four months.

The East Midlands (64), East Anglia (45) and Northern Ireland (41) all saw three point rises in their indices. In the case of the East Midlands this was the index’s highest level since February 2008. Elsewhere, the indices for the North-west and Scotland both added two points to reach
41 and 40 respectively, while those for the South-east and South-west gained one point each, recording 54 and 68 respectively.

The sharpest decrease was observed in Wales, which saw its index fall by six points to remain slightly above the no-change mark at 52. The only other decline was seen in the North-east, where the region’s index slipped one point to 46. Elsewhere, the West Midlands index remained unchanged at 46.

The UK index, which includes firms working in five or more regions, saw a rise of four points, taking it further into positive territory at 56. This was the index’s highest level in five months.