It’s the eighth month in positive territory for the construction activity index, and with positive signs in the regions as well, things seem to have taken a turn for the better, says Experian Economics

The construction activity index edged up by one point in August to 58, remaining in positive territory for the eighth straight month. Activity picked up in both the non-residential (61) and civil engineering (58) sector, with upticks of three points and two points respectively. Meanwhile residential activity remained unchanged from July at 59 points.

The orders index increased to 60, a rise of two points on the previous month and the highest level since February 2008. The tender enquiries index also rose 10 points to 66, equalling the index’s highest level as seen in November 2006.

The percentage of respondents indicating that they were experiencing no constraints on activity fell to 26%, while the proportion indicating that insufficient demand was restricting activity remained at 43%. As has been the case recently, insufficient demand remained one of the most significant constraints to activity. Financial constraints became more of a concern, with 16% of respondents indicating that their financial position was supressing activity. Bad weather and material/equipment shortages remained a negligible concern to firms. Labour shortages became a more prominent factor in August at 8%, which is the highest percentage recorded in 33 months.

The recent positive trend reversed in August as the employment prospects index dipped below the no-change mark to 48 - the index has spent the majority of the last six years in negative territory. This indicates that businesses expect employment levels to decrease over the coming three months.

The tender prices index reached 57 in August, up one point on the previous month. This indicates that firms are expecting the prices they charge to increase over the coming three months. 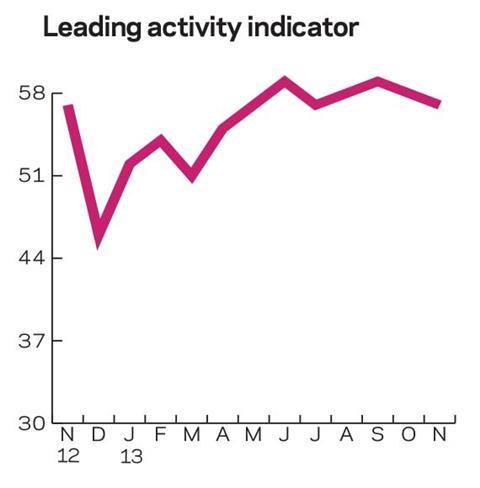 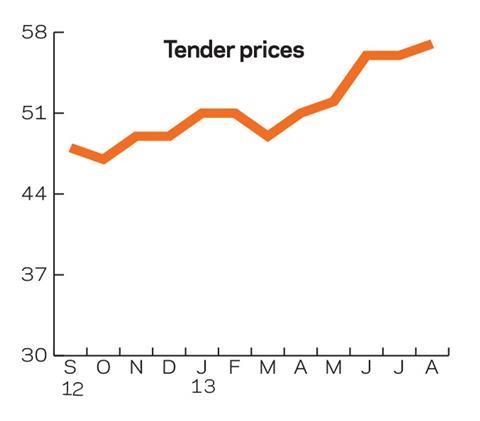 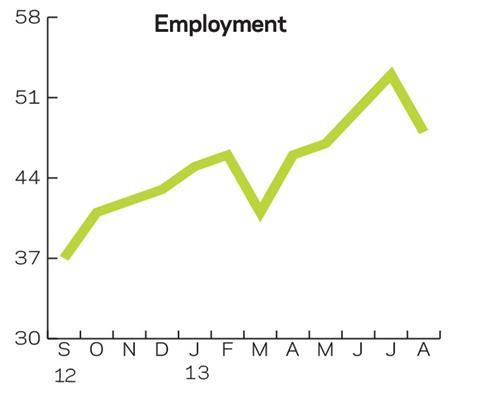 CFR’s Leading Construction Indicator gained one point last month to reach 58; the index was also up nine points on an annual basis. Over the next four months to January the indicator is predicted to remain in positive territory (above the no-change mark of 50). 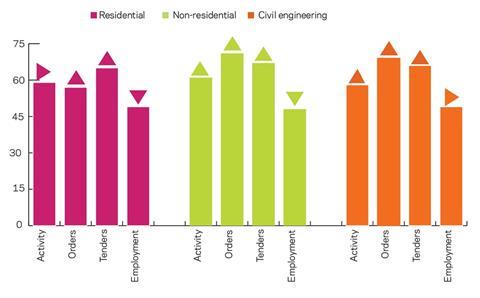 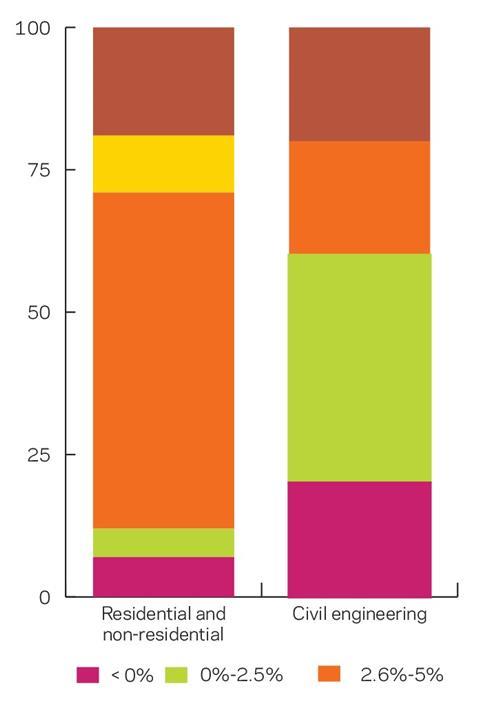 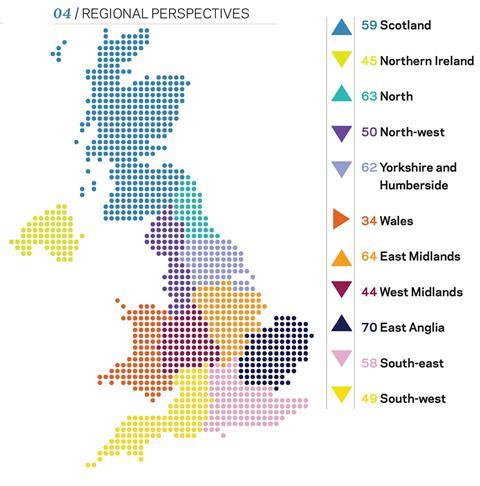 In August, five out of 11 regions saw their indices increase. East Anglia’s index climbed nine points to 70, the highest level since October 2006. The North rose for the sixth straight month, with a two-point uptick to 63. The East Midlands and Scotland also saw their indices rise, the former up six points to 64 and the latter by three to 59. Despite three months of growth for Northern Ireland’s index, it remains in negative territory for the thirtieth straight month at 45. Wales remained in negative territory at 34.

Yorkshire and Humberside saw the sharpest decline, by nine points to 62, although it remained firmly in positive territory. The South-west and West Midlands fell to 49 and 44 respectively. The South-east and North-west indices also fell.

In August the UK index which includes firms working in five or more regions increased by seven points to 59, the highest value since March 2011.