At the start of the year the construction activity index is up six points on last month. This represents seventeen months of continuous positive activity. Experian Economics reports

Experian’s Experian’s construction activity index stood at 57 in January, up six points on the previous month, which has been revised up from 50 to 51 since last month’s report. This is the seventeenth straight month of positive activity. Looking at activity by sector, both the residential and non-residential sectors saw their indices increase, both staying within the band of positive activity. Civil engineering, however, saw its index tick downwards by one point to 61, although activity prospects remain well above average. Last month the orders index dropped five points to reach 59, although the index remained nine points above its corresponding value for the previous year.

Following three months of bearish employment expectations, January saw a trend reversal, with the index rising above the 50-mark (52), suggesting growing positivity towards employment prospects in the short term. The tender prices index rose by 18 points in January to reach 68, the highest level post-2008. 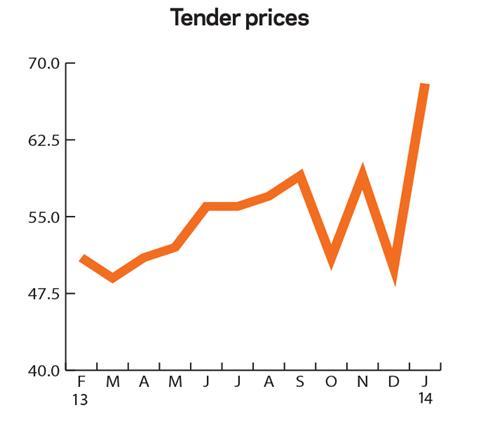 Following a disappointing end to the year, the CFR’s Leading Construction Activity Indicator picked up last month to reach 57, up 6 points on December’s figure. It is predicted to experience a slight dip before picking up again in April. 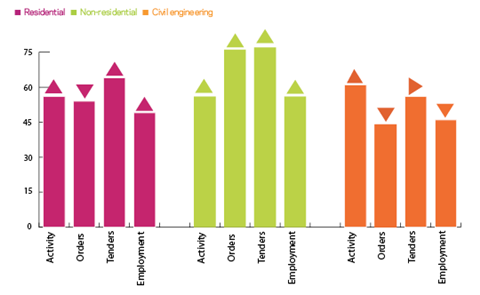 The percentage of building firms reporting falling labour costs increased to 6%. Approximately 19% of respondents indicated that they had experienced annual labour cost inflation of less than 2.5%, down 2% from three months ago. 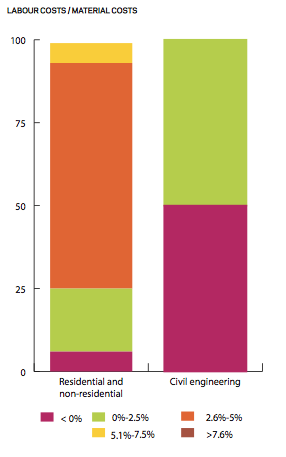 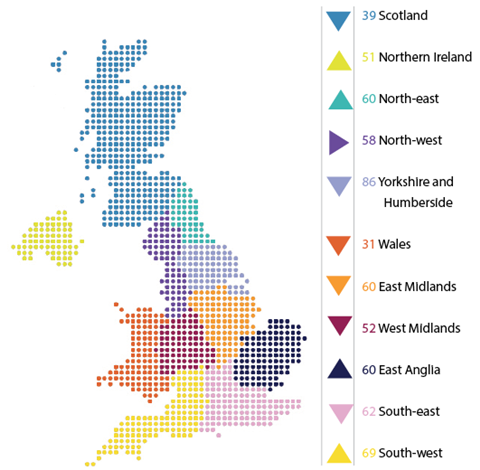 Experian’s regional composite indices incorporate current activity levels, the state of order books and the number of tender enquiries received by contractors to provide a measure of the relative strength of each regional industry. In January four of the eleven regions and devolved nations saw their indices improve.

The North-east saw the largest increase with a nine point upswing to 60. East Anglia and the South-west saw their indices rise by 4 and 3 points respectively. Following last month’s peak, Northern Ireland’s index advanced further, growing by one point to reach 51; the highest index on record for the region.

Yorkshire and Humberside experienced the largest downturn - its index plummeting 17 points. However, the region remained firmly in positive territory at 86. East Midland’s index also posted a significant decline of 10 points to reach 60. For the fourth consecutive month, Scotland saw its index depreciate; last month the index dropped five points to reach 39. Others deteriorations were seen by Wales and the West Midlands, as their indices fell by three and two points respectively.

As a whole the UK index, which includes firms working in five or more regions saw its index decline by three points to 54, the lowest index recorded for six months.