After last month’s positive movement, the construction activity indicator falls into negative territory for the month, while employment prospects take a nervy dip

The construction activity indicator fell to negative territory in August, having returned to a value above 50 in July. At 45 points it decreased by a nine-point margin on a monthly basis. The repair and maintenance index (44) posted a third consecutive figure below the no-change mark in August. Following improvements in their respective activity indices last month, both the civil engineering (51) and residential (51) sectors fell by four points. The non-residential sector (40) once again declined further below the no-change mark of 50. The sector’s activity has not been above this mark for the past three months.

The orders index worsened by six points to 66 in August. The index has now remained over 50 since March 2013. Meanwhile, tender enquires saw a decline to 58, from July’s figure of 60.

Opinions in the industry regarding activity constraints have marginally improved since a year ago, with 38% of those answering reporting no constraints, up 3%. This represented a monthly decrease from 40% seen in July. Concerns about insufficient demand are still the most significant issue in the industry, with 30% of respondents citing this as a problem, a slight increase of 3% on a monthly basis. Financial constraints saw a significant rise from 5% to 11% after July’s noticeably low value. Labour shortage issues fell slightly from the recorded 17% in both June and July, to 14% in August; the same value as a year earlier. Unease about material/equipment shortages fell to only 1% of respondents raising this as an issue. Concerns with the weather in August remained at 3%, the same as July. Issues sourced from other factors saw a slight increase to 3%.

In August the employment prospects index contracted below the 50 mark to 49 for the first time since February. The index suggests firms are less likely to hire new staff in the next three months than they have been over the last 12. 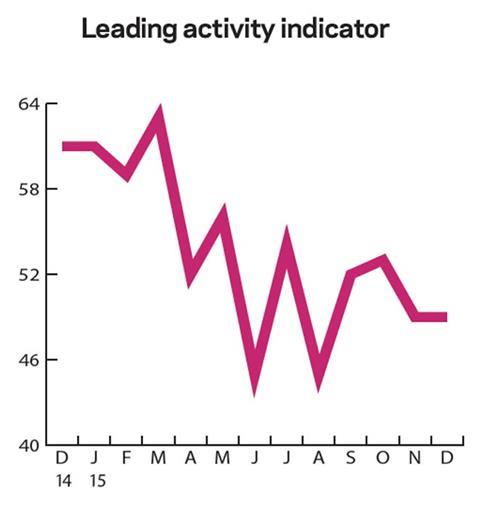 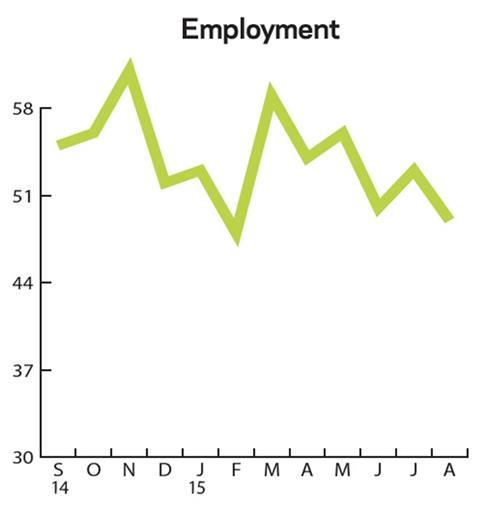 In August the CFR’s Leading Construction Activity Indicator contracted by nine points on a monthly basis to 45, returning to a value below the no-change mark. 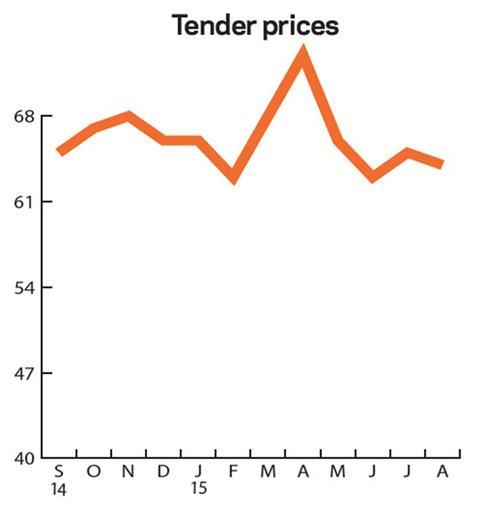 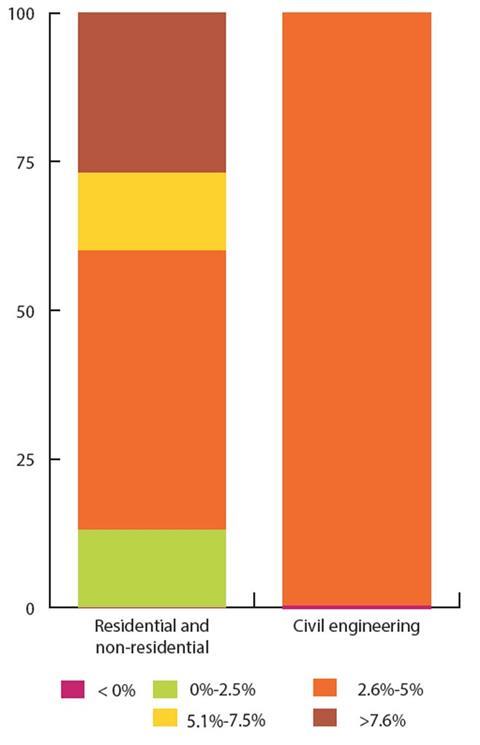 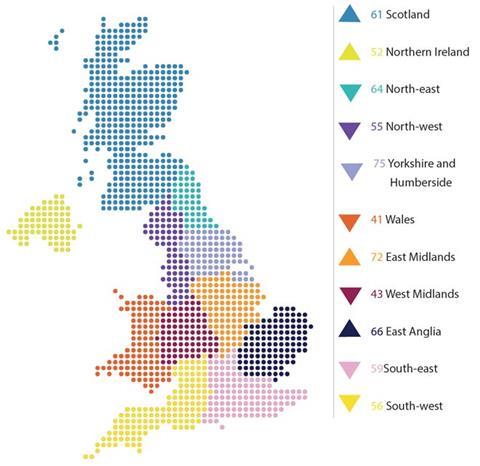 Experian’s regional composite indices incorporate current activity levels, the state of order books and the number of tender enquiries received by contractors to provide a measure of the relative strength of each regional industry.The majority of the regions witnessed decreases to

their respective indices in August. Scotland’s index experienced the largest uptick out of all the regions, from 55 to 61 points. The East Midlands (72) and East Anglia (66) were the only regions within England to have recorded growth with increases of three and two points respectively. Northern Ireland was the only other region to increase its value, from 51 to 52 points. The remaining regions all saw decreases, the most significant occurred in Yorkshire and the Humber, which fell to 75 from 86. The North-west (55) produced a reduction of three points while the North-east (64) dropped by eight points. The South-east (59) and South-west (56) decreased by a point and nine points respectively. The West Midlands (43) and Wales (41) both fell further into contractions.Given regional weightings the UK index, which includes firms working in five regions or more, posted a decrease of two points to 58.