Activity, employment prospects and demand are all showing slower growth, with the cost of labour, materials shortages and financial constraints on the rise. Experian Economics reports

The total activity index slipped into negative territory in July, with an eight-point drop to 48. The repair and maintenance activity index remained at 51, suggesting R&M still cannot recover fully from the decreases in early 2018.

At the sector level, only the residential activity index stood in positive territory at 51 points, five down from June. Non-residential lost seven points to 47, while civil engineering remained negative at 43, despite gaining six points.

Both orders and tender enquiries lost ground in July, but remained in positive territory. The orders index ticked down a point to 66, whereas the tenders index fell two points to 60.

The tender prices index fell for a second consecutive month, losing two points to 61 and standing four points below its 2018 average.

The activity index decreased significantly in July, falling into negative territory for the first time since January 2017. It stood at 48, eight points below June’s figure. Despite the drop, the leading activity indicator is expected to pick up slightly above the no-growth threshold in the next four months. 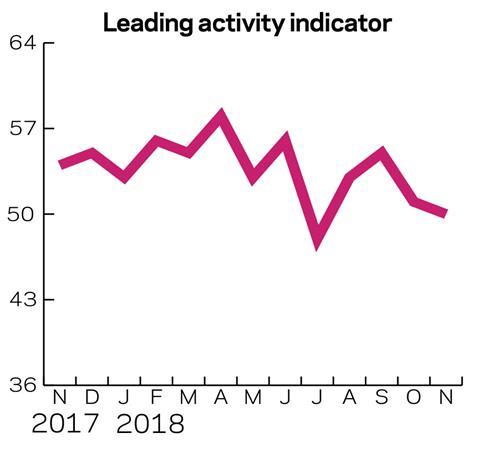 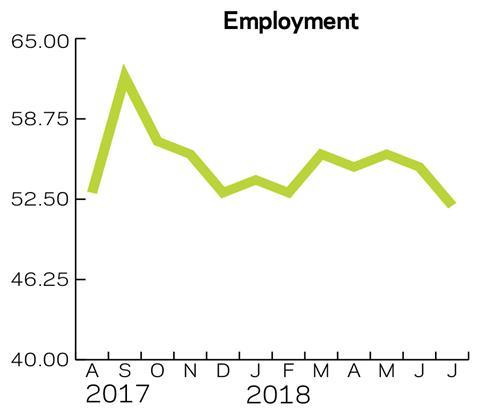 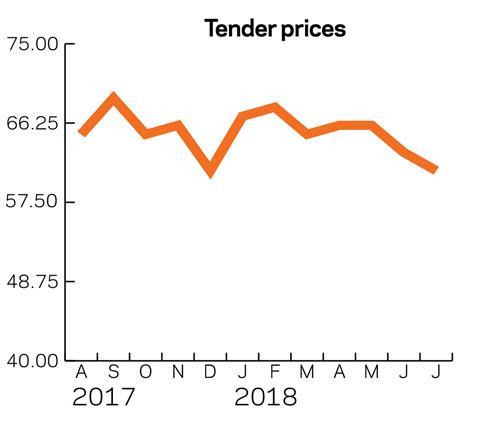 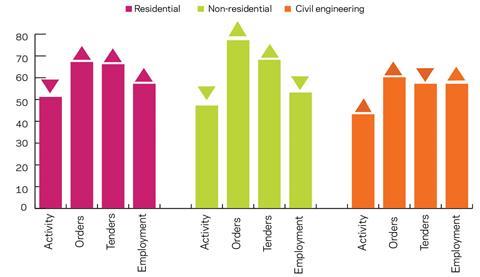 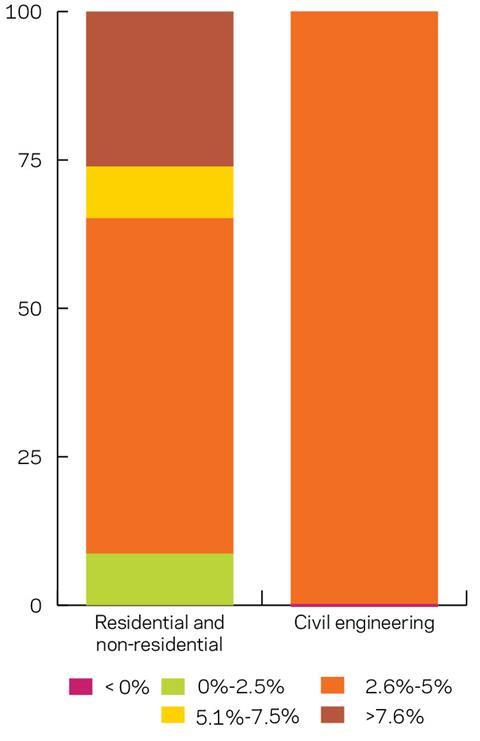 The dynamics of labour costs in the residential and non-residential sectors over the past three months showed rather negative developments. The most significant development is the absence of respondents reporting falling prices. Another factor is the increase in the share of respondents indicating rising labour costs of more than 5% – they increased from about 18% in April to about 35% in July.

In the civil engineering sector, the dynamics were again similar to those in the residential and non-residential sectors. All of the respondents reported cost increases in the bounds of 2.6%-5%. This marks some deterioration in comparison with April 2018, as there were no respondents reporting costs increase of under 2.5% in July. 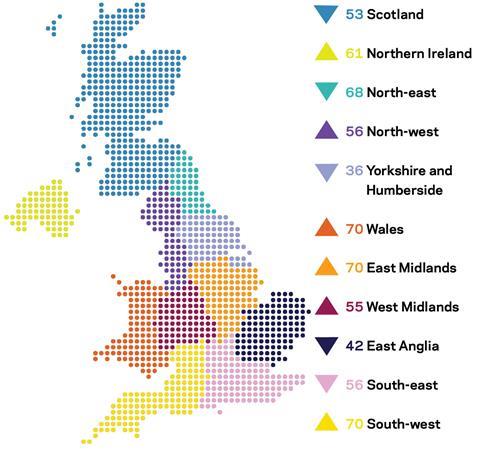 Experian’s regional composite indices incorporate current activity levels, the state of order books and the level of tender enquiries received by contractors to provide a measure of the relative strength of each regional industry. Wales was the best-performing region in July, gaining 12 points to 70 to achieve the highest index figure and the strongest growth. The South-west and the East Midlands achieved scores of 70. Both, however, grew only marginally – by one and two points, respectively.

The North-east also posted a strong index value of 68 in July, although this represented a two-point drop from June. Northern Ireland showed strong growth, up four points to 61. The West Midlands and the North-west remained positive with indices of 55 and 56 respectively, despite slowdowns.

Yorkshire and the Humber’s index decreased for a fourth consecutive month. Following an 11-point drop in June, the index lost 14 points and entered deeply into negative territory with 36 points.

The East of England fell further into negative territory to 42, losing five points. The South-east and Scotland also lost points, but their indices remained buoyant at 56 and 53. The UK composite index lost six points in July to reach 53, as it moved further from May’s 60, the best figure for 2018. July’s drop also pushed the UK composite index below its 2018 average of 55.