Civil engineering activity finally returned to growth in September, after four months of contraction, while the other sectors stayed steady. Orders slowed down across all sectors, but for tender enquiries civils bucked the downward trend to reach an all-time high

Both total and R&M activity indices remained above the no-growth boundary in September. The total activity index climbed three points to 54, while R&M gained four points to stand at 57.

An important development was the return of the civil engineering index to the expansionary side (55 in September), after four consecutive months of contraction. The residential and non-residential indices exhibited no sharp movements – the former gained three points to 54, the latter lost one and stood at 53.

Orders and tender enquiries remained in positive territory, despite both recording decreases of three points. The orders index stood at 66, while the tenders index settled at 61.

At the sector level, the drop in civil engineering orders was the biggest, falling 10 points to 72. The residential index ticked down a point to 69,  while non-residential saw its fourth consecutive month of decline and lost four points to 70.

The tender enquiries indices by sector moved in different directions. Residential and non-residential both fell, down by two points to 62 and by seven points to 57, respectively. Civil engineering, however, recorded a notable improvement, reaching an all-time high of 89.

The tender prices index fell eight points to 62, from a relative high in August. The latest figure is, however, slightly below the 2018 average of 65.

The contractors’ activity index for September was up three points to 54, moving further away from July’s 48. The leading activity indicator is expected to rise by a few points in the next two months, before losing some ground thereafter. Overall, it is expected to remain in positive territory around the 55-point mark. 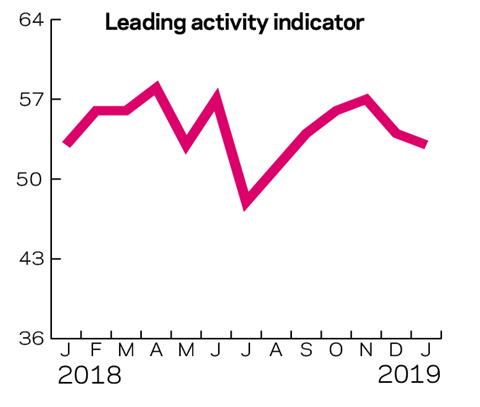 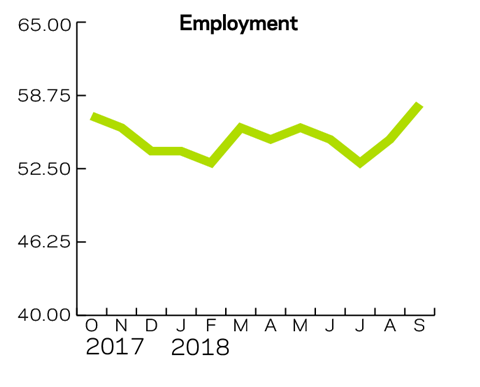 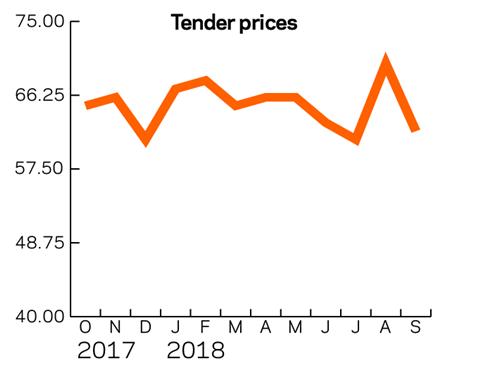 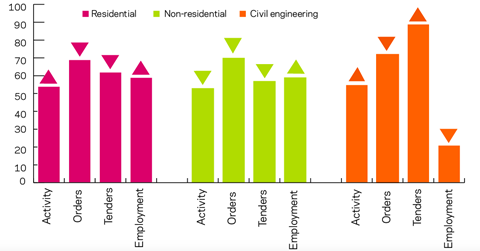 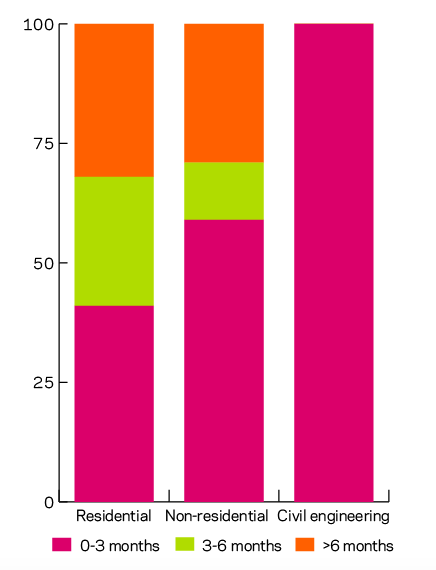 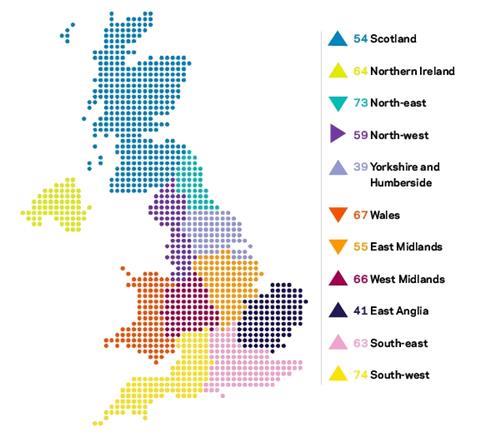 The best-performing region in terms of its index was the South-west (74 points), closely followed by the North-east (73). The third place was taken by Wales, which saw its index decline to 67, from a 12-month high of 72.

In terms of growth in the index, the West Midlands recorded the best result, gaining 11 points. It was followed by Yorkshire and Humber, which moved six points closer to positive territory, at 39. The latter nonetheless remained the weakest region by index value. East Anglia similarly remained in negative territory despite increasing, with 41 points. All other regions found themselves in positive territory.

The East Midlands index recorded the largest drop  in September – falling 14 points from its August level – but remained above the threshold of 50 to stay in positive territory.

The UK composite index remained in positive territory, gaining six points. It stood at 57 and marked the first month of growth after three months of decline.