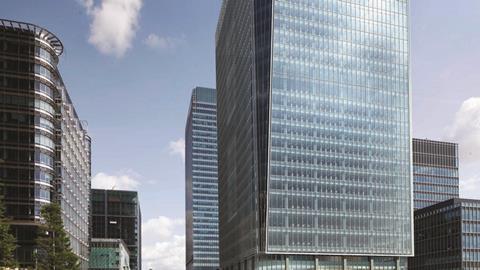 Move will complete eighties masterplan for the area

Canary Wharf Group has agreed to build a 20-storey tower on its Docklands estate, in a move that will complete its eighties masterplan for the area.

Construction of the 500,000ft2 scheme, to be called 25 Churchill Place and designed by architect Kohn Pedersen Fox, will begin by the final quarter of the year.

The developer had already agreed to let half the building to the European Medicines Agency and predicts the scheme will create as many as 1,000 construction jobs.

The move comes a week after the developer agreed on a joint venture with Qatari Diar to overhaul London’s Shell Centre, one of the largest redevelopment sites in the capital.