Red sky at night for the Orbit 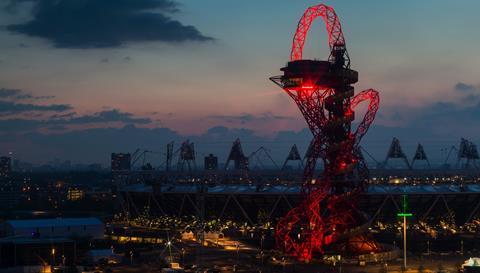 The London Legacy Development Corporation began using some of the by 250 colour spot lights on the 114.5m artwork designed by Anish Kapoor and Cecil Balmond.

The energy efficient LEDs will be positioned in areas including the external spiral staircase, the looping lattices, the canopy and viewing platforms areas.

It will be lit during the Games and will be the centrepiece of a 15 minute moving light show every evening.

Due for completion in the coming weeks, the structure will be owned by the London Legacy Development Corporation and licensed to the London Organising Committee of the Olympic Games for use this summer.

After the Olympics it will be operated by the corporation as a key attraction in the Queen Elizabeth Olympic Park.