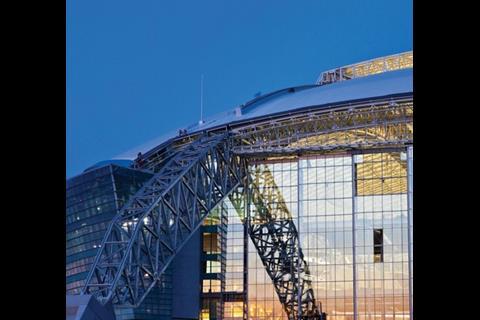 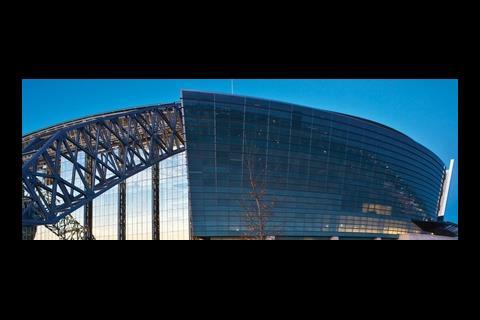 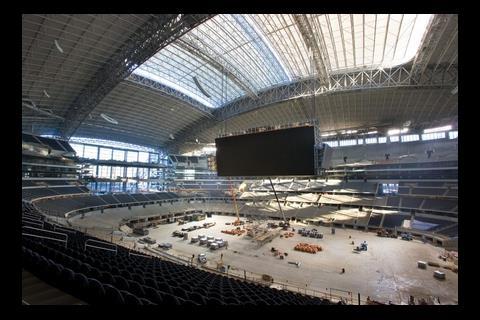 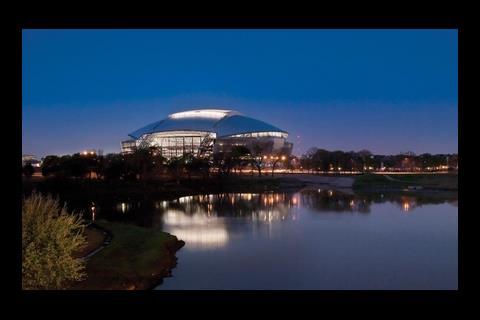 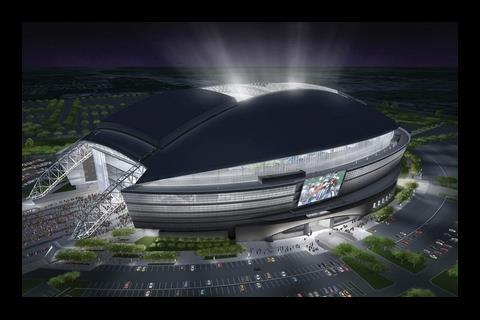 The cars, the food, the shopping malls … everything is bigger in America. And as if to prove the maxim, the National Football League (NFL) is opening one of the world’s largest sports arenas on 6 June: the Dallas Cowboys stadium in Texas.

The numbers alone tell the story. Designed by architect HKS, the $1.1bn (£693m) ground covers 3 million ft2 and can seat up to 100,000 people. The retractable roof is, at 661,000ft2, the world’s largest: it is the same size as eight-and-a-half football pitches or, put another way, more than 11 times the size of the mechanised roof recently installed on Wimbledon’s centre court. Made up of 14,100 tonnes of structural steel, it takes about 12 minutes for the roof to move the 212ft from open to closed.

If that weren’t enough, the stadium also has the longest single-span roof structure in the world, with two monumental arches, each a quarter of a mile long, measuring 35ft deep by 17ft wide and weighing 3,225 tonnes. Wembley’s steel arches, by comparison, measure one-fifth of a mile.

The roof is the same size as eight-and-a-half football pitches or, put another way, more than 11 times the size of the mechanised roof on Wimbledon’s centre court

It isn’t just the structure that is breaking records. Cowboys fans will be able to watch the game in close-up on a 160ft-wide screen – the largest stadium TV in the world.

Although this is as American as a project can be, its architect is actually based in the UK. Ray Mabry, an associate in HKS’ London office, says it was something of a signature project for the NFL. “Everyone in the league wants to say they’ve got the biggest or the best, but we were lucky in that we had the opportunity to build something that could really make a statement for one of the most popular teams in football.”

The architect’s next stadium project is for Liverpool FC. Prepare for a 160-ft wide Steven Gerrard coming to a screen near you …