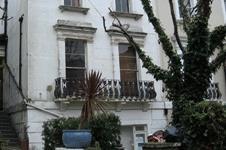 All four housing projects were worth more than £45m, and were for clients the London boroughs of Camden and Barnet, and housing associations Network Housing Group and Orbit Group.

Kier and Vinci once again rounded out the top three places across both monthly tables, with contract hauls worth £231m and £198m respectively.

Vinci was boosted by a massive £137m contract to build the New Covent Garden Market in the Nine Elms area of south-west London, for a joint venture between its sister development company and St Modwen.

Elsewhere, Vinci secured a £30m residential scheme for St Modwen at its Swansea Bay development in Wales and a £23m new-build life science accelerator building for the Royal Liverpool and Broadgreen Hospital.

Skanska and Bowmer & Kirkland leapt into fourth and fifth place respectively in both tables with £100m-plus contract hauls.

Bowmer & Kirkland celebrated a hat-trick of education sector wins, including £35m and £18m schools projects in south London and Slough, and a 525-bed student accommodation in Southampton for Peveril Securities.

McLaughlin & Harvey picked up the £30m Data Technology Institute for the University of Edinburgh, while McAleer & Rushe landed a £38m student accomodation block in the city for client Unite.