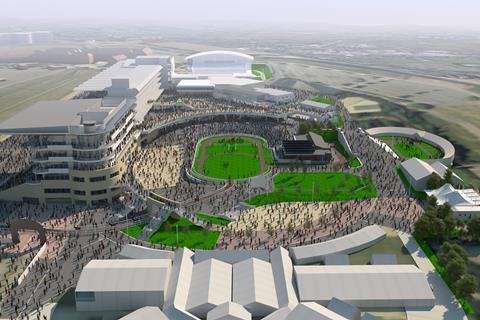 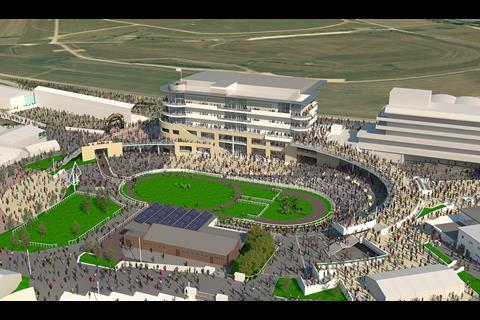 Project will include construction of plush new grandstand

A £45m redevelopment of Cheltenham Racecourse has been granted planning permission.

The design by Roberts Limbrick Architects will include construction of a 6,500 capacity grandstand.

The project, which is being managed by consultant EC Harris, will also include 12 new hospitality boxes and a royal box and a premium floor on the sixth floor.

The design will also revamp the parade rings to the north side of the racecourse, replacing some of the oldest existing buildings in the complex.

Stephen Limbrick, joint managing director of Roberts Limbrick, said it was a “milestone in the redevelopment of Cheltenham Racecourse”.

He added: “It is tremendously exciting to be involved with Jockey Club Racecourses’ biggest ever investment, to keep Cheltenham Racecourse in the forefront of National Hunt Racing on a world stage.”