Chris Kane: The man from Auntie

The BBC’s property department has been on a rollercoaster ride for the past decade, to rival anything on the news side. Long-time boss Chris Kane talks about the major projects – and whether he still feels he is on a ‘hiding to nothing’ with the construction industry 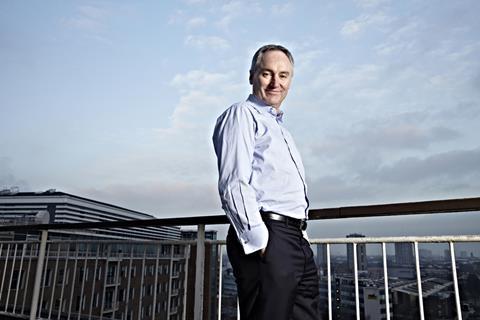 Trying to secure an interview with Chris Kane isn’t easy. As the BBC’s long-time property boss, Kane works for an organisation that exists under the highest levels of scrutiny with a penchant for self-criticism and introspection to boot.

Building is first pencilled in to meet Kane – now chief executive of BBC Commercial Projects – at the BBC’s famous TV Centre in October but the interview is postponed twice as the Jimmy Savile scandal grips the corporation. Although the media frenzy has subsided by the time it finally takes place, the big screens at TV Centre reception are filled with rolling news of the Met Police and NSPCC report.

But Kane, an affable 53-year-old Irishman who meets Building in one of the upper level offices of the TV Centre “doughnut” has seen the BBC handle controversy, before - although, admittedly of a less toxic kind. Having joined the BBC nine years ago as head of corporate real estate and responsible for a £2bn property transformation programme, he has sailed through a number of storms.

His job has included presiding over the highly ambitious redevelopment of BBC Broadcasting House in central London, the building of a new Scottish headquarters at Pacific Quay in Glasgow and developing the huge MediaCityUK scheme at Salford Quays. In the process, the BBC fell out spectacularly with two of the UK’s leading architects, David Chipperfield and Richard MacCormac, and - three years ago - came under heavy fire from the National Audit Office for its performance as client on the three schemes.

The fact that Kane – who is now working on the “last piece of the [transformation] jigsaw”, the commercially-focused sale and redevelopment of TV Centre – is still both in his post and still highly respected within property and construction says a lot about him.

So how does he rate his record over the last decade, and that of the BBC? What does his final project involve and what’s his opinion of the construction industry and its own attempts to rationalise?

Kane tells his story - and the latest chapter of the BBC estate - from the beginning. The BBC’s portfolio now comprises 207 properties and 571,000m2 of space across the UK. Kane says the estate’s recent transformation dates back to 1999 or 2000 when “only 2-3%” of it was seen as fit for purpose and the then director-general John Birt “realised that the digital revolution was coming and he was faced with a big estate which wouldn’t be able to cope.”

Initially this saw an ill-fated outsourcing deal struck with Land Securities Trillium before Kane took up his role in 2004 - the same year that Mark Thompson took the reins as director-general.

Kane is convinced that the overall target of rationalising the estate - something that has in fact gathered pace since the onset of the recession - remains on track. According to the BBC’s figures, it is due to achieve a 40% reduction in real estate footprint by 2017 compared with 2009, £47m annual savings in property expenditure by 2016/2017 and have 60% of the estate updated by then.

He says the BBC has increasingly tried to act as an intelligent client and points to the growing use of a concept called “smart value”, which he explains involves the “development community and the occupier community working together for mutual benefit”. The recent sale of TV Centre to a consortium including developer Stanhope is a prime example of this. 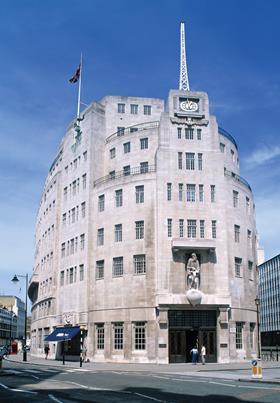 Kane is also robust in his defence of Broadcasting House – a highly impressive £1.1bn project which was nonetheless delivered four years late and £55m over budget and saw signature architect Richard MacCormac sacked and replaced with Sheppard Robson. He says: “I feel very proud of it. Yes, there were problems in phase one which needed to be fixed and they were fixed. If you talk to people on the team who did phase two, we faced up to the challenges, rolled up our sleeves and got the job done.

“I think we’ve ended up with a building that not only the BBC, but London and Britain can be proud of.”

It’s a timely moment to discuss the project given that more than 2,400 BBC staff, mostly working in news, are in the process of moving from TV Centre to the remodelled new building. Kane believes the expense of the project will ultimately be justified by the £750m worth of savings the BBC expects it to generate over 20 years.

He is also keen to point out the immense technical difficulties of combining the old and new elements of Broadcasting House while live broadcasts continued in other parts of the complex, describing it as the “scariest thing I’ve ever done”.

“The number of [broadcast] minutes lost during the last eight or nine years of construction was very few indeed,” he says. “At one point, we had the biggest excavation site in central London with Women’s Hour being broadcast next door […] the mantra we used over the past few years was ‘stay on air and don’t kill anybody’. The mantra for this organisation is based on being passionate about the best possible broadcasting on a 24/7 basis.”

The 200-acre MediaCityUK in Salford – part of the move northwards of thousands of BBC staff - has also had its fair share of criticism but Kane believes history will be kind here too. He points to its regenerative effect on Salford and Manchester and the creative interaction he believes it sparks by allowing ITV Granada, Salford University and independent TV production companies to work “cheek by jowl” alongside the Beeb.

“Who would have thought the BBC would be the catalyst for a complete city in less than seven years. It goes back to my core idea that if you get a few good people working together and willing to partner effectively, you can create great things.

“The partnership between the public bodies and [developer] Peel and its supply chain made possible enormously complicated stuff over a very short period of time,” he says.
Television

So what of Kane’s “swansong”, the redevelopment of London’s TV Centre? Since he became head of BBC Commercial Projects at the end of last year, he is now working a four-day week and is no longer involved in the BBC’s licence fee-funded activities. The west London complex and its famous grade II-listed doughnut are being reworked in partnership with developer Stanhope, part of the consortium which bought the complex for £200m last summer.

The idea is that BBC Worldwide, the commercial arm of the BBC, which sells programmes overseas, leases space in the redeveloped mixed-use building with what Kane describes as “clear blue water” between licence fee and these type of non-licence fee activities. “There is no appetite to risk licence fee money on construction risk,” Kane says, making it clear just how much things have changed since he began his role.

Kane adds that the BBC will retain a key role on the project, designed by architect AHMM, because of its concern over the “legacy” of the building. He says: “Much of the peripheral building will be demolished for quite a sympathetic residential scheme. There’s going to be a hotel and a lovely new piazza and by 2015 we’ll have Worldwide back in.”

BBC Worldwide is set to occupy a part of TV Centre known as Stage Six and has appointed firms including HOK Architects, engineers from Aecom and cost consultant Currie & Brown for a 120,000ft2 redevelopment set to house 1,400 staff.

As with Broadcasting House, Kane says he is proud that the BBC has again chosen here what he sees as the more sustainable option of redeveloping existing buildings.
Construction

In all, Kane has quite a record of working with contractors and consultants. So what is his view of the industry now, after a decade as a leading client?

In the wake of the National Audit Office report in 2010 he criticised the cost of building in the UK and complained he was “on a hiding to nothing” working with the industry. Now, Kane says the industry remains inefficient because it is too “fragmented and siloed” but does see “light at the end of the tunnel”. He also describes the performance of Lend Lease on Broadcasting House phase two as “exemplary”.

“If you think about what Ray O’Rourke is doing at Laing O’Rourke with modular construction or what many of the other contractors are doing on research and development, what the Lend Lease boys are trying to do in terms of trying to innovate, it’s about people in the industry taking responsibility to strive to be better,” he says.

Under Kane, the BBC has done anything but stand still. It will be interesting to see where his reforming zeal takes him next.