Only legal advice given by a lawyer is exempt from disclosure requirements, according to the Supreme Court. But parliament will need to make a final decision 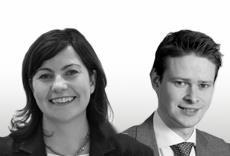 A few weeks ago we saw the publication of the Prudential judgment (R (on the application of Prudential Plc and another) vs Special Commissioner of Income Tax and another) from the Supreme Court; a case which had the potential to change the nature of legal privilege for non-legal advisers.

As we awaited this much-anticipated decision, fevered speculation raced through legal and accountancy firms, as well as claims consultants and their employers. Would the Supreme Court extend the age-old legal advice privilege to cover legal advice given by non-lawyers? In the spirit of the Legal Services Act 2007, were we going to see the breaking up of the legal profession’s monopoly of legal advice privilege? Nothing so dramatic: the status quo has been maintained, but the baton has been firmly placed in the hands of parliament.

The popularity of claims consultants within the construction industry makes this case of particular interest, as it confirms at the highest judicial level the strict application of the legal advice privilege to lawyers only.

In the majority of cases under English law, full disclosure of all the documents that are relevant to the matters in a case is required from each party. In general, communications between a client and their lawyer made for the purpose of obtaining or giving legal advice are exempt from disclosure requirements. The underlying principle behind this rule is that it allows lawyers and their clients to speak with candour, without fear that this openness may later be disclosed and used against them.

The issue in this case was whether HMRC could obtain documents containing legal advice that Prudential had received from its accountants in relation to a tax avoidance scheme. Prudential claimed that the documents were protected by legal advice privilege, even though they were prepared by accountants.

Their lordships at the Supreme Court held by a 5:2 majority that extending privilege beyond the legal profession would lead to uncertainty and raise questions of policy that should be left to parliament.

Notably, Lord Sumption and Lord Clarke dissented on the basis that English law has taken a functional approach to legal advice privilege, so that the privilege depended on the character of the advice sought and the circumstances in which it is given, not on the adviser’s status. The anomaly therefore remains: when looking at the same advice from a lawyer and accountant, only communications with a lawyer are privileged from future disclosure.

Despite the certainty that, in one sense, this judgment provides - that legal advice privilege can only be claimed if advice has been provided by a lawyer (qualified solicitor, barrister or chartered legal executive and other jurisdictional equivalents) - there remains the real concern that those unfamiliar with the legal nuances of the definition of legal advice privilege may be left exposed to subsequent disclosure of documents they thought were protected, because the “legal advice” given was provided by a non-lawyer.

In this case, the non-lawyers in question were the specialist accountants providing tax advice, but the legal and pseudo-legal advice provided by a whole multitude of professional and consultancy bodies in this “fast changing landscape of legal terrain”, means that clients have to be mindful of the capacity in which their advisers are engaged and that the communications which they make may be subsequently disclosable to a court, if they are not subject to the specific privilege conferred to those within the legal profession.

While those advocates of change to the privilege rules, based upon an argument that they give the legal profession an unfair advantage, may have lost this battle, the effective deferral of a decision to parliament means the war may not be lost. In fact, a majority of the Supreme Court recognised that lawyers should not have a special status, but believed this policy decision was not one that the Supreme Court could extend. This, they explained, was a matter for parliament, as it was parliament that had legislated that it should only apply to lawyers.

The tough task of maintaining the certainty of the principle of legal advice privilege and preventing potential abuse, while also balancing the practical realities of how legal advice is provided in the 21st century, is now parliament’s to wrestle with.