After the Code for Sustainable Homes

If it is to be wound down, how will the issues included in the code be dealt with in future? 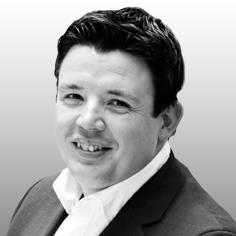 You may, like me, have returned from your summer break last month to find the Housing Standards Review consultation on your desk. It is part of an initiative sparked by Grant Shapps in November 2010 to “overhaul the complicated standards that make it hard for developers to complete their projects.”

A key proposal is for the Code for Sustainable Homes to be wound down, but the government is reluctant for the issues included in the code to be swept away, so the consultation considers how these issues should be dealt with in a post-code future.

One of the biggest challenges for housebuilders has been dealing with the energy targets set over and above Part L - the so-called “Merton Rule” and its variants. The consultation considers that the 2013 edition of Part L and the next edition planned for 2016 will set a sufficiently good standard on their own. Collaborative working of government and industry, co-ordinated by the Zero Carbon Hub, is helping to deliver this ambition.

Accessibility, security and water efficiency are less straightforward. There is a debate about whether Building Regulations offer the best way forward or “nationally described standards” sitting between planning and building control would suffice.

We regularly hear that planning departments are overwhelmed, and adding extra detailed technical work to their burden cannot make sense. Conversely, building control personnel already have the skills and can more easily gear up to deal with Building Regulations extended in these areas. Siting technical standards between planning and building control will be confusing, and building control for new housing is mostly carried out by approved inspectors working in the private sector, not by local authorities.