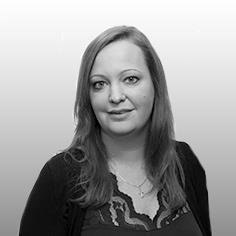 Balfour Beatty executive chairman Steve Marshall called it simply “disappointing”; analyst Kevin Cammack lambasted five years of strategic planning “gone up in the flames of a disastrously performing UK construction arm”. But whether your language around Balfour Beatty’s latest tumultuous revelations is at the plain or colourful end of the spectrum, there’s no escaping the fact that the ambitions of the UK’s largest contractor are rapidly disintegrating into a shadow of what they appeared to be a little more than 12 months ago.

The woes that have hit the headlines this week - the sudden departure of chief executive Andrew McNaughton, a £30m profit warning, and 2009 acquisition Parsons Brinckerhoff being put up for sale – prove beyond doubt that the contractor’s problems run far deeper than most observers expected.

Tellingly, however, even with the departure of the second chief executive in just over a year, it is the Parsons Brinckerhoff move which has caused the most consternation in the City. For shareholders who hoped the business would add value to Balfour over time, the move is obviously a blow. But the wider significance is the gaping hole it leaves where the firm’s future strategy used to be. The firm’s ambition to branch out of straightforward contracting into more lucrative consultancy work is over.

There is a gaping hole where the firm’s future strategy used to be. Its ambition to branch out of straightforward contracting into more lucrative consultancy work is over

For the contracting sector more widely, as well as the analysts keeping a close watch on Balfour’s fortunes, this should be a major cause for concern. Because it marks the failure of probably the highest profile attempt by a contractor to diversify on a large scale away from the constant battleground of low margin, low return contracting.

It’s not that the Parsons Brinckerhoff business itself wasn’t performing as part of Balfour: on the contrary, its relative strength means its potential sale has been interpreted as a way to get cash back into Balfour quickly.

But with clients in recession seeing a “one stop shop” model as more of a risk than a benefit, the acquisition has not levered Balfour up a gear in terms of project range in the way that it had hoped.

Problems in its traditional contracting business have forced Balfour to abandon its experiment now, arguably before the market returned to a point where its success could really be tested. It is a worrying indication of how tough the contracting market is - not just on a day to day basis, but also to break away from.

For other reasons, too, the situation is worrying for the wider contracting sector. The myriad of problems Balfour has experienced – project difficulties, a lack of financial control, and a complex restructuring – are not unique to that company, even if their impact has so far been felt more greatly at Balfour than at its competitors.

This week’s announcements are a stark reminder that the sector is not out of the woods yet, and it has to be a concern that similar disappointments (or disastrous flames) could yet surface elsewhere.