Basements may be an attractive proposition for homeowners and developers, but contractors need to take note of the legal considerations to avoid digging themselves into a big hole 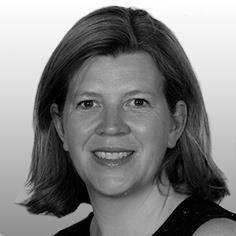 Basement excavations have become increasingly popular, and with this popularity comes potentially significant legal ramifications. Although the practice was previously the preserve of the wealthy for their “iceberg homes”, there are signs the trend is widening. Over the past two years, basement planning applications have increased 42% in Hammersmith and Fulham. Rising property prices in the area make basement excavations an attractive proposition for owners and developers.

In early 2013, Kensington and Chelsea council also faced a surge in applications extending properties underground as a means to circumvent planning restrictions above ground. The council responded by publishing new draft rules creating a single storey limit on basements, as well as limits on extension under gardens. Towards the end of 2013, the impending legislation caused a new rush of applications.

Alongside their growth in popularity, meteorological change and the drive towards sustainable urban drainage mean basements need to be effectively managed against legal challenges. When implications do arrive, the cost can be significant: claims relating to basements built since 2005 have cost the industry approximately £21m. Building these extensions is complex and so potentially lucrative. However, the pitfalls are numerous: despite 25% of 1,700 sites surveyed by the National House Building Council (NHBC) suffering from high water pressure, unsuitable waterproofing had been proposed by those carrying out the development.

Major losses have been caused by tanking defects and podium slabs

Although the NHBC is revising its guidelines over how basements should be built to avoid claims, construction firms in the meantime must be careful when embarking on a basement project.

Major losses recently have been caused by tanking defects and podium slabs: properties adjacent to the deck surface have experienced rising damp and tanking has failed when the membrane was cut to enable drainage.

Podium decks, featuring paving and planters, are more exposed to the environment. Therefore, the risks of drainage maintenance and potentially, perched water, must be managed at the design stage – below-basement performance is critical to surface water drainage and waterproofing. Although failed tanking accounts for almost two-thirds of claims, culpability should fall in part on podium slabs.

The Site Notification and Initial Notice (SNIN) has also undergone change. The NHBC’s research demonstrated that in over 75% of claims, professionals had not properly completed the SNIN with regard to basement construction. It has subsequently implemented rules obliging a declaration of basement construction on the SNIN form under its risk management process. A NHBC project manager will be involved in any basement development, assessing the proposals and offering assistance in its completion. Moreover, it has advised that the SNIN should clearly mark sites with basements or semi-basements (as on sloping sites where only part of the lower storey forms a basement) in the application for a Buildmark warranty.

This all means that a number of factors must be accounted for when undertaking basement excavations. Podium decks should have suitable drainage systems with allowance for maintenance, especially when using decorative planters or within the vicinity of trees. Equally, adjacent surface water catchment areas and surrounding groundwater flows should be limited, with waterproofing junctions adequately detailed. When making the application, developers should identify the use of basements or semi-basements in proposals, which should comply with the requirements of the “Code of practice for protection of below ground structures against water from the ground”. Finally, a desk study and ground investigation report should be completed, both featuring indications of groundwater table risks or design for the worst-case scenario of the project.

The Permitted Development (Basements) Bill 2013-14 received its first reading in the House of Commons last November. It aims to regulate the construction of new basements and extensions to basements and implement a code of practice in this area. The second reading is due on 16 May 2014, but the industry will have to wait and see whether the regulations will be enough.

Claire Barwick is an associate at Brachers