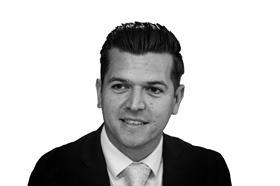 The see-sawing is settling back into stagnation – and the biggest casualty has been confidence.

2018 has seen the construction sector by turns frozen solid and heated into a brief summer boom as pent-up demand fought its way to the surface. Now it has returned to its awkward holding pattern of two steps forward, one step back.

Despite September’s flurry of new orders, output remains modest and confidence is back down to lows seen only once since the dark days of 2013.

Nevertheless, construction firms continue to hire, though this is likely to be driven by the need to get existing projects finished rather than a bold bet on future demand.

With the government confirming its plans to make it harder for European workers to come to the UK after Brexit, the construction industry could become an early casualty.

Few industries would feel the impact of restrictions on EU workers more quickly or more severely than construction.

Across the UK, one in 10 builders is an EU national – and this figure rises to a third in London.

Such heavy reliance on European workers is understandable. As skilled older construction staff leave faster than young blood joins, contractors have been plugging the gap with talent from abroad.

With UK construction already struggling from a chronic skills shortage and Brexit sapping investors’ confidence, British builders need restrictions on European workers like they need a hole in the head.

Middle-skilled workers still make up the bulk of the brawn on Britain’s building sites, so if the supply of European workers is interrupted it could turn the existing skills crisis into a catastrophe.

The government must ensure that the new restrictions on migration don’t lead to a void at the heart of the construction industry.

Contingency plans will be essential if the rules trigger a Brexodus of European workers – and key to this will be a campaign to tempt more young Britons into pursuing a career in construction.

Years of young people being exhorted to go to university have blinded many millennials to the merits of working in construction; which actually offers workers very secure, well-paying jobs.