Building Act: A pier entrance can be deceptive 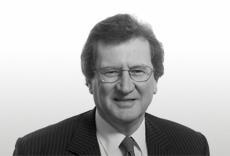 The recent decision of Manolete Partners vs Hastings Borough Council is interesting for a number of reasons. It is the first decision of the courts on provisions in the Building Act 1984 that give local councils emergency powers in respect of dangerous structures but which also require those councils to pay compensation to persons adversely affected by those powers. The judge adopted a narrow interpretation of those provisions which may be surprising to some. Also, the case was brought by a company specialising in acquiring claims from insolvent companies. It had bought the right to pursue the claim from a company in liquidation called Stylus Sports, presumably because it seemed a good commercial prospect.

The case concerned the Victorian pier at Hastings. Stylus leased two sections of the pier from freeholders which it ran as a bingo hall and an amusement arcade. Stylus became concerned about the structural integrity of parts of the pier and obtained an engineer’s report. It was the freeholders’ obligation to keep the structure in repair. Stylus sent the report to the freeholders in an attempt to get necessary work done. Nothing happened and the report was then sent to Hastings council.

It was the freeholders’ obligation to keep the structure in repair. Stylus sent the report to the freeholders in an attempt to get necessary work done. Nothing happened

Under section 78 of the Building Act 1984, if it appears to a local authority that a building or structure is dangerous and that immediate action should be taken to remove the danger, then it may take such steps as are necessary for that purpose. Three major events were booked to take place shortly in the pier ballroom.

The council was advised by engineers that it was unsafe to allow large numbers of people onto the pier. The area of the structure that was causing concern was a covered walkway providing the only method of access onto and off the pier. The council gave written notice to the pier tenants that it was exercising its powers under section 78 of the Act to close the pier from the main entrance building onwards. Barriers were put up. This meant that the public could not obtain access to the bingo hall and amusement arcade which Stylus operated. Obviously this could cause loss of business.

Section 106 of the 1984 Act requires a local authority to make compensation to a person who has sustained damage by reason of the exercise by the authority of any of its powers under the act so long as the person claiming compensation has not himself been in “default”.

Hastings council defended the claim brought against it by the purchasers of Stylus’ cause of action. Two defences are of interest. First, it argued that the claimant had to show that the claim under section 106 arose from an action which, but for the statutory power which it had exercised, would be actionable in tort. It said that blocking the route onto the pier was a reasonable action taken in the interests of safety to prevent access to dangerous premises and not an actionable tort. Mr Justice Ramsey disagreed. He decided that no independent action needed to be established to succeed in the claim for compensation. He also held that in any event had a private individual interfered with the access in this way he would have been liable in tort.

The council also argued that Stylus had been in default and that therefore no compensation was payable. The default was a breach of either the Occupiers Liability Act or the Health and Safety at Work Act in allowing its employees and the public to enter its rented premises via the dangerous access route. The judge rejected this line of defence as well. He held that “default” in section 106 meant a failure to comply with an obligation under the 1984 Building Act. Breach of an obligation owed to third parties did not fall within the correct meaning of default as used in the section.

The judge’s rejection of these defences significantly limits the ability of local authorities to defend such claims for compensation under the Act. Unsurprisingly perhaps, Hastings is trying to appeal this decision. The fact that the case was brought by a company which had purchased the claim might also have added to its dissatisfaction.