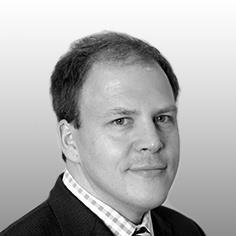 Breyer Group PLC (“Breyer”) was engaged as main contractor to carry out work at a development in St Leonards Road, London, E14. Breyer employed CG Group Limited (“CG”) under a subcontract made in April 2012, to carry out interior refurbishment works to kitchens and bathrooms in apartments at the development.

CG started work in May 2012. By the end of the year there were problems on site and disputes regarding payments. CG stopped work over the Christmas holiday period. On 3 January 2013 a meeting took place between representatives of the parties and it was agreed that CG would not come back to site although their work was incomplete. The parties subsequently disputed the basis on which this agreement or understanding was reached. CG said it was a mutually agreed termination with CG to be paid appropriately for the work carried out. Breyer’s position was that CG had repudiated the contract and that Breyer had accepted the repudiation.

CG submitted a draft final account, but Breyer made no payment to them in accordance with CG’s understanding of the agreement.

CG served a notice of adjudication on 8 May 2013 seeking, amongst other things, payment for the works carried out under the contract. There then followed the usual run of submissions and on 3 July 2013 the adjudicator produced his decision. This decided the issues in dispute, including determining the payment terms that applied to the contract. The adjudicator concluded that Breyer owed CG £187,720.95 inclusive of VAT.

Breyer did not pay this sum so CG issued enforcement proceedings in the TCC.

Breyer challenged enforcement. They said that the adjudicator decided the case on the basis of an argument that had not been included in the submissions and he therefore did not have jurisdiction to decide the case as he did. Further, even if he had decided the case on an argument advanced by CG, there was a breach of the rules of natural justice because Breyer had not been given an opportunity in the adjudication to address the point.

CG argued that there could not be a jurisdictional challenge because the overall dispute was broadly defined as being whether Breyer had failed to pay the sums claimed in the draft final account. CG went on to argue that there was no breach of the rules of natural justice because the adjudicator had decided the adjudication on a point that was well within the arguments put before him.

The judge decided that CG was entitled to judgment against Breyer as the adjudicator had had jurisdiction to determine the dispute in the way that he did. There had been no breach of the rules of natural justice. The judge determined that on the face of the adjudicator’s decision, it would be difficult to see how any challenge on the basis of jurisdiction or breach of natural justice could be maintained. He went on to explain that the adjudicator in his decision had set out what he understood were the arguments of the parties and had then proceeded to make his Decision based on these arguments.

The judge reviewed the law on both jurisdictional challenges and natural justice.

On the issue of natural justice, the judge repeated the accepted legal position that the parties’ submissions set the agenda for the adjudication and the adjudicator’s decision. The judge confirmed that an adjudicator must address all defences, even those that might not have been argued before the adjudication was commenced, and the Adjudicator must rule upon the defence even if it is a simple rejection on the facts.

The judge gave clear guidance to adjudicators that if they wish to avoid challenges based on alleged breaches of the rules of natural justice, they must review the entire dispute, including all defences that are put before them. This is all the more important in cases where the adjudicator gives reasons for their decision. An adjudicator must, as part of their reasons, review any and all defences put forward in the adjudication and make a ruling on those defences, especially where the defences being run are ones that might act as a substantial or indeed a full defence to the claim being pursued. The example given by the judge in this Judgment was of a defence of set off relating to defects that may never have been argued prior to the adjudication. The judge confirmed that the adjudicator should still address the defence even if the adjudicator then determines that factually it had never been raised before and therefore no timely withholding notice/pay less notice could have been issued.

The judgment is yet another strong discouragement to challenging adjudicators’ decisions, but equally confirms that in the right circumstances the courts will hold an adjudicator’s decision unenforceable.