Many subcontracts try to incorporate main contract terms with a simple phrase or two. But such quick fixes can easily come unstuck - what you really need is certainty 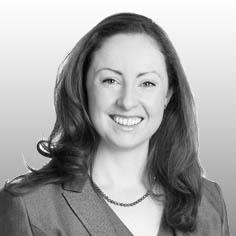 Sometimes taking a short cut leads you up a blind alley. The same is often true if you attempt a contractual short cut. Many subcontracts (often drafted without specialist legal advice) attempt to incorporate main contract terms by various shorthand means. They may provide that a subcontract is “subject to the terms of the main contract”, “deemed to incorporate the terms of the main contract”, or use other words to that effect. Such an approach is widely adopted as a short cut, aimed at the elusive goal of achieving subcontract terms back to back with obligations agreed under the main contract. Given that this type of clause attempts to incorporate a different contractual regime relevant to a separate agreement, it isn’t surprising that such efforts often come unstuck and are less effective than people might assume.

When questions arise as to the effect of the incorporation, each contract must always be interpreted on its own terms. Of course, uncertainty as to the effect of contractual terms is never a good thing, although that is not to say that such drafting is ineffective - it may work, but that will depend on the terms of the particular contract as a whole.

When questions arise as to the effect of the incorporation, each contract must always be interpreted on its own terms

The issue is even thornier when it comes to reliance on an alternative dispute resolution procedure incorporated by reference to another contract. This could happen if a party wishes to argue that one adjudication procedure applies in preference to another (common where a responding party is wrangling over an appointed adjudicator’s jurisdiction) or a party wishes to stay court proceedings on the grounds that an arbitration agreement has been incorporated which supplants court jurisdiction

This is exactly what happened in Yorkshire Water Services Limited vs Taylor Woodrow Construction Northern Limited and others. The court was asked to decide whether the adjudication procedure in the main contract was stepped down to a subsubcontract which incorporated the main contract terms by reference. If the answer was yes, one defendant argued that since adjudication under the main contract was mandatory before proceedings were issued, it would have the effect of ousting the jurisdiction of the court and therefore be invalid.

The court considered if it was possible to import the dispute resolution clause into the subsubcontract. It found that it was difficult to read the provisions in that way (for instance, where the parties to the main contract had agreed to very specific arrangements for negotiation of disputes between themselves). On this issue, the court ruled that it was “not possible to borrow the adjudication procedure in the main contract … and in some way force it to apply as between a subcontractor and a subsubcontractor”.

The court considered that the principle was analogous to the incorporation of adjudication provisions and found that, as a matter of principle, if an agreement to adjudicate disputes is to be incorporated from one contract into another, there must be a reference to the dispute resolution clause itself in the agreement between the parties; mere reference to the terms and conditions of a contract which included a separate adjudication procedure was not enough.

And so it seems blind reliance on an incorporation clause wholesale may be misplaced. To hear the words “it is a matter of interpretation” uttered from a lawyer’s mouth should set alarm bells ringing in the heads of those who require certainty from their agreed contractual terms. If there are specific obligations in a main contract which are onerous, or sensitive to the actions and adequate performance of a subcontractor, it is worth considering whether the subcontract should take those into account expressly.

Catrin Rees is a solicitor in the Construction Group at Fladgate