We have got used to thinking that there is an implied fitness for purpose warranty in a design and build contract. But a recent case has muddied the waters 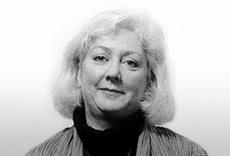 What do an oscillating television mast and a popcorn factory have in common? The answer is that they were both the subject of disputes involving innovative but defective designs. However, the courts deciding the disputes, arguably, seem to have had different views as to the liabilities for design expected of the respective contractors/suppliers.

The case of Independent Broadcasting Authority vs BICC Construction Ltd in 1980 concerned the collapse of a television mast, the first of its kind to be built in the UK as a result of the build-up of ice on the cables supporting the structure. On the basis of some fairly strong comments by some of their lordships, many have since assumed that in a design and build contract the contractor will be under an implied obligation to design and build a structure that is reasonably fit for its purpose, certainly in the case where a complete product or system is being designed and supplied.

In the case of Trebor Bassett Holdings Limited and the Cadbury UK Partnership vs ADT Fire and Security plc, in August this year, the claimant had contracted with the defendant for the design, supply and installation of a fire suppression system for its popcorn factory. A fire broke out but the system didn’t suppress the fire as it was supposed to. The factory burnt down.

The distinction between ‘goods’ as standard kit involving no design on the one hand and ‘systems’ on the other, seems rather too simple in the construction context

The Court of Appeal agreed with the judge that the defendant was in breach of statutory duty by failing to design the system with reasonable skill and care but rejected the claimant’s argument that the defendant had an obligation to supply a system that was fit for its purpose.

The court’s reasoning was that the system could not be equated with “goods” so the parties’ contract did not attract either the statutory implied terms as to suitable quality and fitness for purpose or the implied terms relating specifically to goods. It stated that the term “goods” might be correct if the defendant had contracted to supply a “standard kit or assembly” or an “off-the-shelf system” since in those circumstances “there would, ordinarily, be no element of design”.

However, what they had actually contracted to supply was “a bespoke product” where the design was important. Since it was tailor-made, it did not have any inherent characteristics which could be independently assessed to see whether or not it was of good quality and there were no purposes for which it was commonly supplied.

Although the IBA decision was not referred to in the Trebor case, it is difficult not to see the decision as being at odds with some of the supporting rationale in IBA and other cases as to the existence of an implied fitness for purpose warranty in a design and build contract. At the very least, it seems to muddy already muddy waters still further.

The distinction between “goods” as standard kit involving no design on the one hand and “systems” on the other, seems rather too simple in the construction context. Lord Scarman in IBA equated the television mast with an “article” and his rationale for there being an implied term as to fitness for purpose in a design, supply and erect contract was that such a design obligation was “consistent with the statutory law regulating the sale of goods”. The mast clearly had a significant design element and could as easily be referred to as a “system” which on the basis of the Trebor case would have meant no implied fitness for purpose.

Where does that leave us? In the UK, an express fitness for purpose warranty as to the completed works can be difficult to obtain. Instead, employers tend to make sure that the implied terms of satisfactory quality and fitness for purpose of goods and materials are incorporated into the contract to give them an absolute warranty in relation to the various components of the building. But buildings also incorporate various “systems” - for example, roofing, cladding and structural steelwork, some of which will be innovative (for example, a clever facade system to lessen solar gain), and have a significant design element. If, as the court said in Trebor, bespoke “systems” cannot be equated with goods, perhaps employers need to make sure that these warranties now cover “systems” and possibly “equipment” as well.

For contracts like NEC3, where the conditions are silent as to design liability, the case is surely an even stronger argument for express terms?