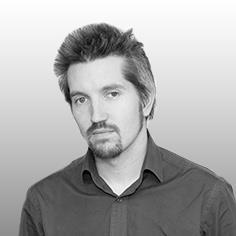 For many the appeal of working in construction is that you get to build things that last — that have a legacy. That’s why research findings published in Building this week should be a concern. The research claims that buildings that will be built under new green regulations will emit more carbon than the ones being built now. It seems that legacy may, in fact, be toxic.

And more worrying, perhaps, is the fact that the data used for this research was available at the time when the regulations were being put together by government.

The climate data, collected by the Intergovernmental Panel on Climate Change (IPCC), is used by government departments in their own modelling. Energy secretary Ed Davey has previously called the IPCC’s data “the most authoritative, credible analysis of climate change science ever”.

We don’t know if this data was used when the regulations were drawn up. But it is worrying that the analysis we publish this week is already suggesting that Part L changes, in the context of rising UK temperatures, could cause more harm than good. Increasing emissions is, after all, not the aim of these regulations.

These regulations are already coming into force six months late, there has been ample time to check and double check them.

We can’t predict the future but industry and government alike should be doing everything they can to ensure the we use all the tools at our disposal to make sure the decisions we make now don’t have damaging consequences.