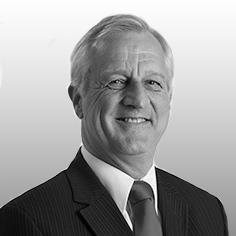 Engineers often get credit for demonstrating our technical skills – skills that allow us to improve technology and contribute to economic growth. But we’re not always good at communicating how civil engineering is relevant – and critical – to people’s lives. It’s down to us to change that.

Civil engineers design, build and maintain the infrastructure needed for society to function effectively. Around the world and across the centuries, bridges, railways, highways, ports and airports have been built to facilitate the pace of human progress.

Over the past few years, infrastructure has rightly gone from being one of the most important things people never thought much about – to an issue at the heart of political and public debate. Engagement with policymakers has played a key role in this, but this exposure isn’t something we can take for granted.

We civil engineers have a responsibility to use our integrity to communicate the reality of civil engineering – so our profession gets the recognition it deserves.

One example of inventive communication is the ICE’s This is Civil Engineering campaign.

Launched in Wales last year, the campaign displays banners and signboards at civil engineering sites during a project’s construction phase and on its completion.

The banners and signboards also feature a “quick response” code that links to a dedicated page on the ICE website that explains more about civil engineering.

It’s a simple, no-frills way of communicating to the public what civil engineering is and increasing awareness of its importance to society by showing people that infrastructure projects in their area are being delivered by civil engineers.

Geoff French is the new president of the Institution of Civil Engineers. This is an extract from his inaugural speech made on 5 November