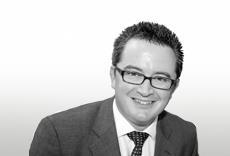 The first High Court judgment in Rust Consulting vs PB (Building, 4 February 2011) raised eyebrows when Mr Justice Akenhead refused to enforce an indemnity given by PB to Rust, despite the fact that it seemed to be robustly drafted. That decision was a welcome reminder that great care is needed when drafting an indemnity.

The case also emphasises that someone hoping to enforce an indemnity - even an apparently robust one - may need to have the courage of their convictions in court in order to get their hands on the cash. Because, since the first judgment back in December 2010, Rust and PB have had another trip to the High Court and two visits to the Court of Appeal in order to resolve the issue; a process that gave eight of our most senior judges an opportunity to consider the precise legal effect of the words used.

The case relates to a commercial restructuring in the UK division of Parsons Brinckerhoff - Rust and PB were both subsidiaries. Rust, a geotechnical consultant, ceased trading at the end of 1996 and, nine months later, its assets were formally transferred to PB. The indemnity at the heart of the dispute was contained in that transfer.

In the couple of years before it ceased trading, Rust provided geotechnical engineering advice for the development of the Festival Park Shopping Centre in Ebbw Vale. The shopping centre was on land previously used to store slag waste from the Ebbw Vale steelworks. In 2007, the owner of the shopping centre sued Rust for negligence. The buildings in the shopping centre were suffering structural damage allegedly caused by unstable slag steel. In April 2008, Rust went into creditors’ voluntary liquidation – its only asset was £1,000 it was paid under the 1997 asset transfer agreement.

In November 2008, Rust’s liquidators agreed to a consent judgment that admitted liability. Damages were over £8m, and represented the full amount of the claim plus interest.
Why did Rust agree to judgment being entered into it for the full amount? The answer is because of (i) the terms of an insurance policy (the professional indemnity policy for the Parsons Brinckerhoff group) and (ii) some robust legal advice which, with the benefit of the sort of hindsight you only get from two trips to the Court of Appeal, turned out to be partly wrong.

Any payments made by insurers to settle a claim were subject to a deductible (a sum to be paid by the insured back to the insurer) of up to $15m. The insurers were obliged to defend any claim which exceeded that deductible and Parsons Brinckerhoff was concerned that even a successful defence would leave it significantly out of pocket. At the time of the consent judgment, the dollar/sterling exchange rate meant that the £8m claim didn’t exceed $15m. However, the rate was fluctuating heavily (as the dollar became stronger against the pound, it became increasingly likely the deductible would be exceeded) so there was a significant advantage to settling while that remained the case.

This advantage was compounded by the fact that robust legal advice (from two leading law firms, one in the UK and one in the US, as well as a joint opinion from two very distinguished barristers) that the indemnity as drafted did not require PB to indemnify Rust in relation to the claim and that there was nothing in the insurance policy that obliged any Parsons Brinckerhoff company to defend the claim where damages were below the deductible.

What was wrong about that advice? As far as both judges at first instance are concerned, nothing at all. They agreed that the indemnity only covered proceedings, claims and demands in relation to actual liabilities and that a judgment entered into by consent (without the merits being proved) was not an actual liability.

It is on this point that the Court of Appeal (the second time around) disagreed. Lord Justice Toulson felt it would be odd if the indemnity did not cover agreements reached to settle disputes.

He also noted: “Sensible professional people want to settle claims on the best terms they can,” and that the indemnity should apply, even though the settlement was in a case where there was less than 50% chance of success.

Stuart Pemble is a partner at Mills & Reeve