While we should all be taking action in order to preserve our planet, direct action is actually rather less effective than well-placed words if we want to drive real and lasting change, writes Matthew Lloyd 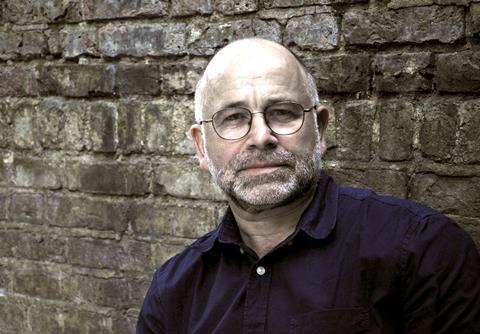 We are facing severe headwinds, all in effect man-made: covid (now declining), Russia’s war in Ukraine (we are right in the midst of this horror) and the climate crisis (this is nearly insurmountable). All these are touching everyone in various ways. Our construction industry is tangibly affected: through significantly rising costs and shortages of both materials and workers.

Here in the UK, we are also now confronted with the Building Safety Act, arising out of the Grenfell tragedy, to add more scrutiny to building design and construction. But this is about national incompetence and corruption, rather than forces from the outside.

Of all these difficulties, only climate change has no end point. This is a grim reality – at least until technological advances emerge to prevent it. Our industry plays a big part in the production of harmful carbon emissions: we have the responsibility to limit these through change, delivered as quickly as possible.

I attended a debate in London recently, hosted by the Architecture Club. The question was: is protest or advocacy the best way to effect change? One of the speakers was an architect and member of Extinction Rebellion, who spoke in favour of direct action.

If selling an idea through protest adversely affects the lives of ordinary people, then it is much harder to justify

Another speaker spoke of a quieter approach pursuing change through influencing legislation. I admired both positions but was more convinced by the latter. This rendered me in the minority and, I thought, as an “unradical” in the room.

My own view is that if selling an idea through protest adversely affects the lives of ordinary people, then it is much harder to justify. Britain remains poor and down at heel in so many places. We are blind (or untravelled) if we cannot see this. The priorities of most people will never, realistically, be concerns about climate change. This is understandable to me, especially when the basics of life are increasingly hard to manage.

To sell its demand that the government pay to insulate all UK homes by 2030, the group Insulate Britain uses direct action. By blocking roads, it blatantly upsets daily lives. But, more than the bother it causes to others, is its proposition in any way deliverable, or even counterproductive?

There are some 25 million dwellings in the UK that need insulating, and the UK Climate Change Committee estimates that this will cost £25,000 per home, or £625 billion. I am not sure this number is right, as it is hard to meaningfully insulate a home. Apart from the basic rolling in of roof insultation, we need to insulate the walls – and floors too.

If walls are lined from the outside, all the external relationships of a house will change, like gutters, window reveals and sills. If from the inside, sockets need to be moved outwards, radiators and heating pipes refitted. Cold floors will need to be upgraded through uplifting and then floor coverings replaced throughout.

Windows and doors most often need to be replaced. There is then the question of ventilating highly sealed dwellings, adding more complexity to this task. It is difficult to imagine families staying in their homes while such wholesale upgrading takes place.

Even if implemented over several years, insulating every home would pressurise the state beyond breaking point, in effect placing millions more people into poverty

I think the costs of insulating are therefore higher at £50,000 per home, totalling £1.25 trillion. Fees and the cost of the inevitable “national delivery framework” would need to be factored in. This would be a mammoth effort, with huge consequences for our already overstretched public services. UK annual turnover is by comparison £1.5tn. Even if implemented over several years, insulating every home would pressurise the state beyond breaking point, in effect placing millions more people into poverty. The danger with undeliverable ideas is that they are simply ignored.

Do actions speak louder than words? Or are well-placed words more effective than direct action? I think across the board pressure on policy and legislative change is a better way. Likewise, the drawing together of the world through COP26 is better. A general move to localism is better. Electrification is better. Wind and solar farms are better.

As architects, we must now design buildings with new sustainable principles – following models developed by organisations such as LETI and other pressure groups. We need to rigorously specify low carbon building products (where made; with what materials; how transported).

Why do we without a thought specify a product made in China when it is available much nearer to home? We need to ensure that our choices, currently borne out of anxiety and urgency, do not make things worse for us in the future. Fifteen years ago, we were immersed in biomass boilers, a technology that is now largely flawed.

I admire radical protestors who make us look up: our values would be far poorer without brave interventionists. But we need to be very wise now to deliver actual change

And we need to build to very high standards: perhaps the most sustainable outcome of all is that our buildings last a long time. But there are currently competing forces here: we fear rising prices brought on by covid and Russia’s war, because we cannot any longer build cheaply. But surely we should not build cheaply: achieving the Passivhaus standard is never cheap, requiring us to spend more not less.

Our dependence on an everything-we-want-whenever-we-want-it approach, is harming our world: this is as true for construction as it is for consumerism. Perhaps peak world consumption was reached in 2019, just before covid. Since then, things are heading downhill. In the Gaia sense of the earth as a living organism, covid-19 and climate change alone are enforcing a slowdown, pushing us to less – or at least more considered – consumption. Design and construction should be no different.

I admire radical protestors who make us look up: our values would be far poorer without brave interventionists. But we need to be very wise now to deliver actual change. Otherwise, our industry will spend its time lost in a fog of slogans.