Letters of intent: Use with caution

If work has to start before a full contract is in place, a letter of intent seems like a convenient solution. But beware - they can lead to all sorts of complications 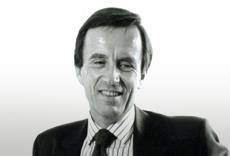 The Diamond Light Source synchroton is a giant donut the size of several football pitches in Didcot, Oxfordshire. It generates exceptionally bright light for use
in all sorts of scientific experiments. Its beams can map the chemistry of moon rocks, decode proteins, image items of a few nanometres and clever things like that.

But the people who built it (or parts of it) suffered from one of the most persistent problems in the construction world - the letter of intent. Balfour Beatty Engineering Services were subcontractors for the installation of electrical and instrumentation services. It negotiated two subcontract packages with Merit Process Engineering.

One of them, referred to as the Main Installation Package, was for the installation of pipework and plant. Merit fell out with Balfour Beatty over how much it was entitled to be paid and started proceedings in the Technology and Construction Court for something over £685,000.

Balfour Beatty applied to court to stay the proceedings because there was an arbitration clause in the contract, which meant that all disputes had to be referred to arbitration. Merit said: “What contract?”

Negotiations had taken place in 2003 and 2004. By March 2004, Balfour Beatty wanted Merit to get on with the work but, as Balfour Beatty had not yet signed its contract with Costain, the main contractor, it did not want to sign a contract with Merit. So, instead, it issued a letter of intent.

In the letter, Balfour Beatty asked Merit to accept instructions to start work. It was expressly subject to contract, and stated that if no contract was eventually concluded, Merit would be reimbursed its actual costs incurred.

At about the time the letter was written, both before and after, several emails went backwards and forwards discussing the price of the subcontract work. Balfour Beatty thought it should be £1.6m. Merit thought it should be £1,637,500. When the judge came to analyse the emails it appeared that the figure had not actually been agreed at all.

There was no new law in this decision but it’s a useful reminder of the sort of mess that you can get into. depending on the terms used a letter of intent can itself be a contract

Merit got on with the work and was paid its costs under the letter of intent. A year later, after Balfour Beatty had signed its contract with Costain, it sent a full subcontract document to Merit. It had the lower figure in it. Merit sent it back with proposed amendments, including of course the price. The subcontract was not signed, but nevertheless Merit carried on with the work.

Balfour Beatty argued that by carrying on, and by raising claims for damages for breach of the contract, Merit had accepted that the contract was in place. Mr Justice Edwards-Stuart decided that Merit’s conduct did not overcome the fact that the price had not been agreed, and if the price had not been agreed there could not have been a contract. The fact that Merit was claiming damages for breach of a contract that it said didn’t exist did not make any difference.

The arbitration clause was in the full subcontract document, and not in the letter of intent. Having decided that the full document had not been agreed, it was clear that there was no agreement to arbitrate, and so Balfour Beatty’s application to stop the court case failed. It was however successful with regard to the other subcontract which did not have the complication of the letter of intent.

Alternatively it can be what is called an “if” contract: if one party does specific work the other party will pay for it - but there is no obligation to do anything if you don’t want to.

Or it can be no contract at all, and if one party does some work the other will have to pay a “quantum meruit”, which gives rise to all sorts of further arguments. You may know which version you intend to write, but find out later that it was quite different.

The best advice is not to use letters of intent at all but make sure that the proper contract is signed before work starts. If that really isn’t possible, draft the letter of intent very carefully and make it as clear as possible. Then make sure that you sign up the full contract as quickly as you can.