Laurence Reilly on his switch from contractors to an architecture practice

If you’ve worked in the industry for a few years, there’s a high chance you’ve worked with contractors who started their careers as architects. Curiously though, I’m sure you’ve met very few – if any - who have gone the other way, as I’m doing now.

Having spent 20 years working as a design manager for main contractors, more latterly Kier, I’ve recently joined architecture practice, Stride Treglown. My role is to offer some fresh perspective to the design team to help solve one of the biggest issues this industry faces – that of communication. Specifically, I mean issues of communication between architects, contractors and subcontractors. 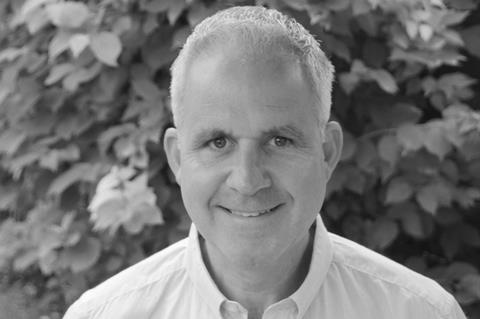 What I believe is that a better, more technically-focused approach to communication between this core team could enable better use of resources, deliver better results and ultimately to create more enjoyable experience all round – including for our clients. It should also minimise the “blame game” between consultant groups, which as we all know too well actually helps no one.

My colleagues may joke that I speak “fluent contractor”, I do genuinely see my role as being that of a translator or interpreter

While my colleagues at Stride Treglown may joke that I speak “fluent contractor”, I do genuinely see my role as being that of a translator or interpreter – bridging the gap between designers and builders – and I believe I am perhaps one of the first in the industry directly appointed for this role.

My interpretation skills will naturally be of most benefit to more complex briefs where there is the greatest need for collaboration between designers and builders. This includes for example in education, health and defence projects, as well as areas such as design for manufacturing, where the requirements of the client’s brief are often more challenging to realise and the solutions often unprecedented and multi-disciplinary in approach.

Efficient, informed liaison between the client, design team, contractor and even subcontractors on these projects is often above all else the main driver in getting things delivered on time, in budget and to a high standard.

It should minimise the “blame game” between consultant groups, which as we all know too well actually helps no one

For the most part, I’m therefore here to take a wider look at our portfolio and the projects coming forward and to asses where greater collaboration and communication between the project team may be of most benefit, rather than jumping straight into the nitty gritty. Helpfully, I am finding that it is normally already clear to those in the design team working on these projects, so it hasn’t been hard to explain to them how and where I might be of service.

Indeed, despite my role being somewhat new and unusual, I have felt reassured by my numerous peers and colleagues who have responded to news of my appointment simply by saying: “why hasn’t this happened before?”. So maybe I am one of the first, but I doubt and very much hope I won’t be the last interpreter in the industry.