This case, before Mr Justice Akenhead is the first to consider what the reference in Clause 2.30 of the JCT Intermediate Form to an “appropriate deduction” means 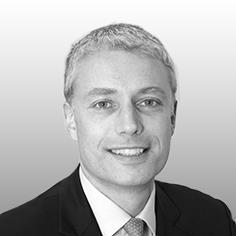 Ms Oksana Mul (“the employer”) engaged Hutton Construction Limited (“the contractor”) to carry out substantial extension and refurbishment works (“the works”) to a large country house (“the property”). The contract was in the form of the JCT Intermediate Form (2005).

Practical completion was certified on 14 May 2010 but a substantial list of incomplete or defective works was attached to the certificate.

The contractor denied that it had prevented the employer from taking occupation of the property and contended that it was not responsible for some of the items on the defects list.

The employer issued proceedings against the contractor claiming damages in excess of £1m for defects as well as alleged overpayment. The preliminary issue before the court was whether an “appropriate deduction” could be made by the employer from the contract sum under Clause 2.30 of the contract for the contractor’s failure to progress the incomplete and/or defective works and if so, how that deduction should be calculated.

The employer argued that an “appropriate deduction” ought not to be limited to contract rates or prices but to what was appropriate in all the circumstances, to include the reasonable costs of engaging another contractor to remedy the defects. The Contractor submitted that any adjustment should be limited to contract rates/prices or to the actual costs to the Contractor of remedying the defects.

The judge noted that whilst the employer’s entitlement to damages was subject to a duty to mitigate, the wording of Clause 2.30 did not explicitly exclude or limit the recoverable damages. Therefore the measure of an “appropriate deduction” for a failure to make good would depend on the circumstances of the case and should mean a deduction which is reasonable in all the circumstances and which can be calculated by reference to one or more of the following, amongst possibly other factors:

The obligation to rectify defects carries with it the right on the part of the contractor to carry out making good and the employer must facilitate this by providing access to the property. The judge observed that if access is unnecessarily denied, the Employer will have failed to mitigate.

This is the first case that considers what the reference in Clause 2.30 of the JCT Intermediate Form to an “appropriate deduction” means. The case confirms that in some circumstances, it will be appropriate for an employer to recover from the original contractor all the costs incurred where rectifying defects using third party contractors. This might occur for example where there were such whole scale defects that no reasonable employer could be expected to allow the contractor back on site, where there had been fraudulent behaviour on the part of the contractor, or where the contractor had unequivocally refused to return to site.

This case also highlights the importance of good contract administration. The Judge was not persuaded that the letter from the Contract Administrator was an instruction for purposes of Clause 2.30 of the Contract. The Employer could have been placed in a better position to secure recovery of the third party rectification costs if a formal instruction had been issued under Clause 3.9 of the Contract, rather than by correspondence to which the same contractual consequences for non-compliance did not attach.