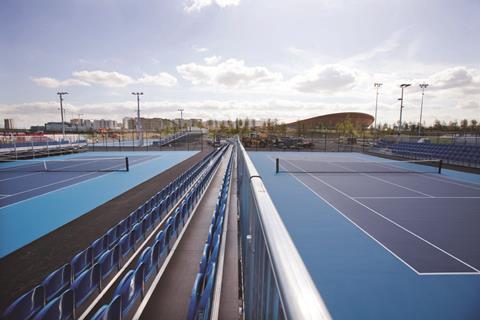 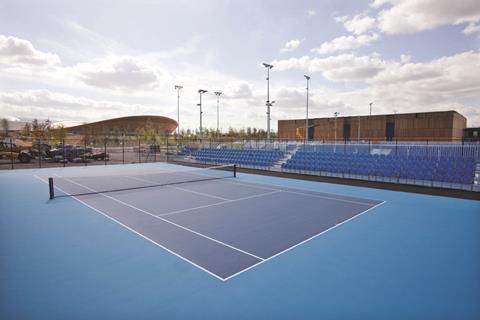 With three 50m pools and 13 tennis courts, this venue will be used in different ways throughout the Games, Paralympic Games and beyond

Stanton Williams was awarded the contract to design Eton Manor in April 2008. It will be handed over from the Olympic Delivery Authority to the London Organising Committee later this month.

Eton Manor is a permanent venue located just north of the Olympic park. During the Games, the venue will have temporary training pools for participants in aquatics events. It will have three 50m pools, and smaller pools for synchronised swimmers and water polo players.

It will then host wheelchair tennis during the Paralympic Games, and remain a training facility for aquatics competitors. There will be nine competition courts and four warm-up courts. The 10,500 seats for spectators will include a 5,000-capacity show court.

It is expected that, after the Games, Eton Manor will become a sports facility for the community including tennis and hockey centres.

For a full interview with Stanton Williams and why this firm is bucking the trend compared with other UK architects, see our next issue on Friday 13 January