Public procurement: Time is not on your side 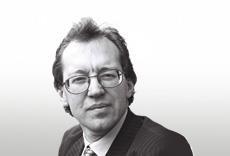 Previously, the law held that procurement challenge proceedings must be started promptly within three months beginning with the date when grounds first arose. However, on 1 October 2011 the Public Procurement (Miscellaneous Amendments) Regulations 2011 came into force amending the Public Contracts Regulations 2006 (“the 2006 Regulations”).

The 2011 Regulations provide that where a claimant is aware of a breach in the 2006 Regulations (as amended), proceedings must now be started within 30 days beginning with the date when the economic operator first knew or ought to have known that grounds for starting the proceedings had arisen.

The Technology & Construction Court (TCC) sent a reminder of the hard lines in procurement law during the recent case of Turning Point Limited vs Norfolk County Council.

The council published a contract notice in the Official Journal of the European Union. Turning Point, a health and social care provider, successfully pre-qualified and the council invited Turning Point to tender for the project, sending them the Invitation to Tender (ITT) in December 2011. The ITT contained a condition stating that the council “will accept no caveats to proposals or variant bids”.

Turning Point considered that the council had not provided adequate or complete information from which they could accurately estimate certain costs associated with the application ofTransfer of Undertakings Protection of Employment (TUPE) law. Nevertheless, Turning Point submitted a tender in February 2012 within the specified time. It did however include a note on its pricing schedule stating that “due to the lack of full and complete TUPE information, it is assumed that the restructure of staffing will be achieved through natural wastage and therefore we have assumed no redundancy costs. If redundancies were to occur, we would wish to enter into further discussions.”

On 12 March 2012 the council informed Turning Point that it had not been successful as its tender contained a qualification by way of the Note. On 28 March 2012 Turning Point issued proceedings challenging the council’s award, claiming that the information provided at the tendering stage was wholly inadequate and incomplete and that the council was in breach of the 2006 Regulations.

Mr Justice Akenhead in the TCC struck out Turning Point’s claim as it had been brought out of time and entered judgment for the council. He found that Turning Point must have known of the inadequacies (if any) of the information by no later than 9 February 2012 when it submitted its tender. As such, Turning Point was time barred as it did not issue its claim until 28 March 2012.

He considered previous authorities concerning the pre-1 October 2011 limitation period. The case law was clear that the time period for bringing a claim is a strict one. What perhaps was not so clear was what degree of knowledge or constructive knowledge must the claimant have before time begins to run. The Court of Appeal decision in Sita UK Ltd vs Manchester Waste Disposal Authority, the TCC decision in Mermec Ltd vs Network Rail Infrastructure Ltd, and the European Court of Justice (ECJ) decision in Uniplex (UK) Ltd v NHS Business Services Authority support this.

In Uniplex, the ECJ said that the fact that a tenderer learns that its tender has been rejected does not place it in a position effectively to bring proceedings. Such information is insufficient to enable the tenderer to establish whether there had been any illegality that might form the subject matter of the proceedings. It is only once a concerned tenderer has been informed of the reasons for its elimination that it may come to an informed view as to whether there has been an infringement. In Sita, the Court of Appeal considered that the ECJ drew a clear distinction between the reasons for a decision and the evidence necessary to sustain those reasons. A prospective claimant should not be able to wait until the underlying evidential basis for the reasons is made available.

In Turning Point, the claimant was alleging a breach of the 2006 Regulations because the council had not provided adequate or complete information. The judge held that it must have known of this alleged breach by the time it submitted its tender - at which point time (30 days) started to run.

The court does have the ability to extend this time period for a “good reason”, though Mr Justice Akenhead stated that a “good reason” is only likely to be something that was beyond the control of the claimant.

As an allegation that there was an implied contract between the parties, this bit the dust here – the ITT contained express terms that the council does not make any binding commitment to tenderers, “other than to abide by its statutory obligations and the express terms of this Important Legal Notice” and that “no other obligation on the council shall be implied into any contract which may arise between the council and any applicant”.

As such, the judge held that there was no room for any implication of any other terms such as those alleged by Turning Point.