Schools are leading the way to net zero

The rest of the industry is finally waking up to the challenges of designing carbon-neutral buildings, but the education sector has been addressing energy efficiency for decades. Once  the motive was cutting costs; now it is all about reducing emissions, Alan Fogarty writes

When it comes to net zero carbon design, the UK’s education sector is well ahead of the market. While other sectors are only just waking up to the drastic change in design approach needed if they are to meet the government’s 2050 net zero carbon goal, the education sector already has several exemplary net zero schools under construction – and many more emerging in the design stages. 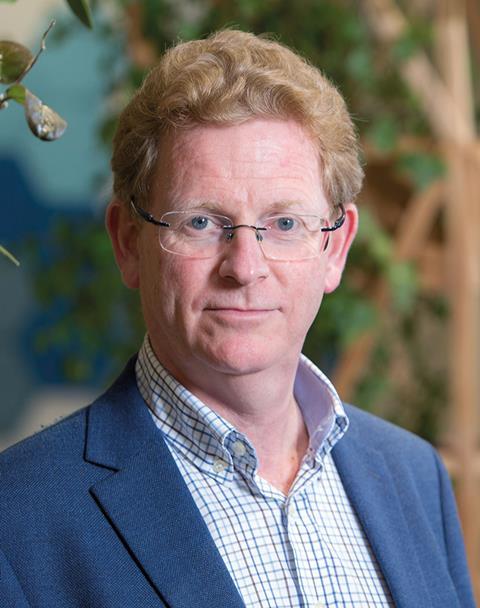 The Department for Education (DfE) has set a net zero carbon requirement for its schools, to which the industry is responding. The department procures its schools through a framework using a standard output specification (OS) which sets out the standards and performance requirements for school buildings.

Cundall advised on the original specification back in 2012, when the objective was to produce low-energy schools with excellent environmental performance. At the time it was more about reducing operational costs than reducing emissions, as any savings in energy bills could be redirected to improving the curriculum.

As a result of this early specification for low-energy schools, the sector was the first to adopt predictive energy modelling and a robust metric for assessing daylighting, because it was recognised that good daylighting enhanced productivity and academic performance. The use of climate-based daylight modelling resulted in taller classrooms with reduced areas of glazing, and this had the additional benefit of reducing solar gain and heat loss. Both these measures are among the net zero design standards to which  the wider industry is only just waking up.

Having a standard specification like the DfE’s means there is a known starting point against which all recent schools have been designed and lessons learnt can be captured in the OS for all future schools. The specification is not overly prescriptive and allows contractors to develop their own designs to meet the requirements. Essentially, this means that the market works out the best solutions as technology and our understanding of zero carbon improves.

To advance net zero carbon classroom design, the DfE embarked on a research project in mid-2020 that aimed to demonstrate the modifications required to change the OS from low energy to net zero carbon. Known as GenZero, the project brought together experts from across the industry with the aim of reimagining how we design and build the next generation of secondary schools in England.

Climate-based daylight modelling resulted in taller classrooms with reduced areas of glazing. This had the additional benefit of reducing solar gain and heat loss

All aspects of the school’s design, construction and operation were challenged, including future use of classroom and cloud technology. When the project concluded in April this year, it had delivered two prototype schools that are sustainable, enable offsite construction, and help to meet the UK’s carbon targets. The next step with GenZero is to look at how it can influence the standard specification for DfE schools moving forward.

While looking at how we build new zero carbon schools is a big step in the right direction, it does not address the carbon emissions of existing schools. So Cundall and Bowmer & Kirkland embarked on a joint-funded BelowZero research project in May 2020 that aimed to start from scratch and eschew preconceived design ideas to determine how new schools might compensate for the poor efficiency of existing schools.

Bringing together innovative thinking and analytics alongside commercial practicality and buildability, the project required an evidence-based approach, where numerous options were assessed in terms of carbon, cost, comfort and constructability. This led to an understanding of where the available construction budget should be spent to maximise the carbon reduction in terms of both operational and embodied carbon. 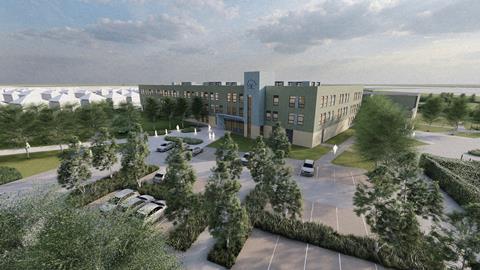 This goes above and beyond the requirements of the current OS and resulted in the innovative approach of protective landscaping to reduce the urban island heat effect which was profiled as part of a nature-based solution discussion in last month’s Building magazine.

Other innovations brought about by the BelowZero project include the integration of thermal labyrinths or ground inertia to provide cooling in summer, heat scavenging to boost heat pump performance and a new design for a roof-mounted wind turbine that overcomes the problems of building-related turbulence at roof level. The commercially viable solutions to emerge from the research are being incorporated in a series of pilot net zero DfE schools.

The education sector is quickly learning what is possible in terms of new ways of delivering schools through research and pilot schemes, with the OS offering a means of capturing and providing a common prototype. This enables rapid adaptation and innovation that can benefit other sectors because the same principles will apply to all building types.

This kind of evidence-based decision making is key to resolving the net zero challenge, and collecting and verifying the in-use performance is essential to future decision-making. As a result, the advances being made by the education sector when it comes to net zero are not only increasing the skills of all involved but also helping the whole building industry to raise its game.