The blacklist: how, why and what now? 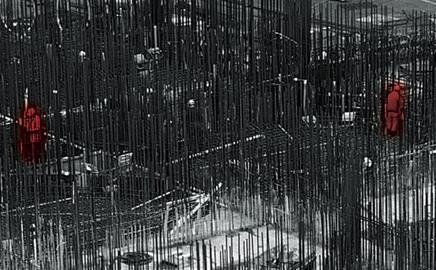 So construction’s shameful secret is out. But how did the information watchdog track down the firm that was keeping the blacklist? And what action will be taken against it and its 40 clients?

Steve Acheson was sitting at home in his three-bedroom semi in Denton, Manchester, last summer, when there was a knock at the door. A 55-year-old qualified electrician and supervisor, Acheson had spent a fair bit of time at home over the previous eight years – ever since the day in 2000 that he won an industrial tribunal for unfair dismissal against Balfour Kilpatrick. He had been working on a Pfizer plant in Kent.

His visitor was David Clancy, an investigator for the Information Commissioner’s Office (ICO). Clancy had come to see him about his claim that he had been blacklisted. More specifically, that he was unable to find work on any projects regulated by the electrical sector’s Joint Industries Board (JIB) – which is just about every large project in the UK. Clancy promised to investigate his claims and eight months or so later the result of his investigation was the top story on the national news: the industry has indeed been running a blacklist, and 40 construction firms were subscribers to it.

Even though he now knows he was right all along, Acheson is surprisingly philosophical about his vindication. “I actually believe companies should have a right to weed out troublemakers,” he says. “But I’m not a troublemaker. I’ve won three industrial tribunals for unfair dismissal in the past nine years. The legal system in this country does not support the view that I’m a troublemaker. Firms have plenty of legal procedures to deal with troublemakers without breaking the law.”

The existence of an M&E blacklist was first uncovered in 2006 after Alan Wainwright, a manager who had worked at a number of large M&E contractors, gave evidence at one of Acheson’s industrial tribunals. He later put the names of workers that he believed had been blacklisted on the internet.

Labour MP Michael Clapham, who has raised the issue in parliament and last week called for legislation to outlaw blacklisting, said Wainwright’s allegations had been under investigation for “about three years”. He said: “It was first looked at after the allegations he made three years ago, but the blacklisting goes back much further. After the miners strike, quite a few miners went to work on the Channel Tunnel, but once it was discovered that they were members of the National Union of Mineworkers, they were dismissed. What we need now is legal protection against this kind of thing.”

The ICO last week insisted that its investigation was not connected to Wainwright’s earlier allegations. Although an ICO insider confirmed that it was aware of previous claims about blacklisting, a spokesperson insisted there was not enough evidence to support them until The Guardian published a story on the issue last June, entitled “Enemy at the gates”.

The spokesperson said: “Following the Guardian story, ICO investigators contacted the journalist and asked him for information.”

When asked why the ICO had failed to take action before now, the spokesperson insisted it had “no evidence to act” until it spoke to the Guardian journalist.

From that point, however, the ICO moved with commendable speed. In July, Clancy met two electricians based in the north of England who believed they were being blacklisted, one of whom was Acheson. The following month, the ICO raided the office of an M&E contractor and took away a number of documents. The ICO says it was these documents that led to last month’s raid on the offices of the Consulting Association in Droitwich, Worcestershire.

That firm is run by a private detective called Ian Kerr. Little is known about him. One union official said he had an office in Redhill, Surrey, during the nineties although it is understood that his primary base remained in the Midlands during that time. A report in the Guardian in 1993 linked Kerr to the now-defunct Economic League, a right-wing group that gathered information on left-wingers in all walks of life, including MPs, trade unionists, councillors and workers. The Economic League was set up in the aftermath of the First World War and continued to exist until the early nineties. At the time of its demise it was being sued by a construction worker, Arthur McKevitt, who alleged he lost a job on the Channel Tunnel project because he was on a blacklist operated by the league.

It is unclear how the Consulting Association blacklist started. One union source said Kerr approached some M&E firms – about 85% of the people on the list are understrood to be M&E workers – shortly after the demise of the Economic League in the mid-nineties. The source said: “I think Kerr had some information he could offer on people and then these firms started to supply him with more information as time went on. Some of these firms already had links with the Economic League from the seventies and the national building strike.”

The Guardian stated in 1993 that Kerr had taken control of the Economic League’s “services division”, which held the names of workers on behalf of construction companies.

These firms supplied and used information that they were aware was illegal. To issue only enforcement orders is like telling a bank robber he can keep the money he’s stolen

However, although the 40 firms named by the ICO were happily parting with £3,000 a year to Kerr, and paying again for additional information on individuals, they may not have been getting value for money. In fact it appears a good deal of the information Kerr held was bogus.

“What struck me most was how inaccurate it all was,” said Acheson after he was shown a copy of his entry on Kerr’s database. “One part of my file said I had orchestrated a strike while working on a job in Plymouth. I’ve only ever been to Plymouth once in my life, on a daytrip with my wife and daughter about 10 years ago; it was completely untrue. I’m a trade union official who’s taken firms to industrial tribunals and won, so they had enough information on me without having to make stuff up.

“That’s what is really worrying. There must be people on this database that have done nothing to warrant being on it, but are there because someone, for whatever reason, has made stuff up about them.”

If much of the information is made up, this might explain why Kerr’s database failed to stop unofficial strike action on a number of projects in the run-up to the millennium, most notably the Jubilee Line Extension, the Millennium Dome and the Royal Opera House.

The ICO confirmed that Kerr would face prosecution: if convicted he could face a fine of £5,000 in a magistrates’ court or an unlimited fine in a crown court. However, none of the 40 firms who used and contributed information to his service will be joining him in the dock. Instead the ICO will take what it calls “enforcement action” against them. This means the contractors will be given a strict deadline to stop using the database and they must destroy any information they received from it.

Bob Blackman, the T&G’s construction officer, called the ICO’s decision “laughable”. He says: “These firms both supplied and used information that they were well aware was illegal. To issue only enforcement orders is like telling a bank robber he can keep the money he’s stolen and won’t have to go to jail so long as he promises not to do it again. What kind of discouragement is that to anyone who wants to start and use another blacklist? Bearing in mind these firms have already broken the law, how do we verify that they have got rid of the information they’ve collected over the years?”

The government had initially intended to make blacklisting illegal as part of the 1999 Employment Relations Act. The regulations were never introduced because the government believed blacklisting no longer existed. In light of these events, Harriet Harman, deputy leader of the Labour party, said the government would look at legislation to end what she called the “scurrilous activity” of blacklisting.

Acheson is hoping the exposure of Kerr’s activities and the complicity of so many companies will enable him to return to work and settle down to what he calls “a more normal existence”. Over the past six years he has often been a one-man picket, in all weathers, outside sites he’s been dismissed from. He is currently involved in what will be his fourth unfair dismissal claim – the three that followed his first victory, he says, were related to his presence on the blacklist.

Would it not have been easier to simply find work with smaller contractors and steer clear of JIB-controlled schemes?

“Well I did do that for a while, because these past years have had a big impact on my life and my family. But ultimately I couldn’t sit here and say, well that’s that. In the past six years I’ve had two JIB-regulated jobs that have lasted 25 weeks. I felt it was important to make a stand and publicise my view that there was a blacklist and that I was paying for successfully using the industry’s tribunal process nine years ago.

“What these firms were doing to me was unjust. It would never have come to light if I, and others who were blacklisted, hadn’t stood outside those sites.”

A History of blacklisting in the UK

1919 Establishment of the Economic League, a controversial right-wing service that gathered information on left-wingers and was used by employers to vet people for jobs, including construction workers

1999 Government proposes to make blacklisting illegal, but never introduces the legislation as it claims there is insufficient evidence that the practice exists

2006 Alan Wainwright, a former manager at several large M&E firms, publishes allegations on the internet that a blacklist of construction workers exists

February 2009 Oil and Gas UK, the trade body for the oil and gas industry, agrees guidelines with the unions intended to end the blacklisting of workers on offshore rigs. This follows allegations that those who raise safety concerns are NRB’d – the colloquial term for being told they will “not be required back”