We know parks and trees in our cities are good for public health so how do we fund them? 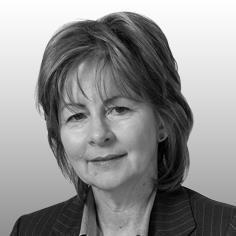 Garden cities and new towns invoke a model where public space and green space is an integrated part of a sustainable whole.  Nearly ten years ago CABEspace  published a paper on the value of public space, citing case studies where proximity to green space had raised local property values and added economic value to business.  Since then, more research has shown benefits for both mental and physical health: local green space is important for therapy and exercise, and as a generator of community cohesion.  Recent evidence shows that the difference in life expectancy between rich and poor shrinks among those who live in an environment with parks and trees.

However, funding communal green space can be problematic.  At the neighbourhood level, my practice has been given architectural briefs which include minimising communal external space in order to lessen the burden of service charges on already hard-pressed affordable housing residents. Throughout the UK it is still a struggle to find capital funding to improve parks that are run down, and revenue funding to ensure that restored parks are maintained to a good standard and do not decline again. Cities all over the world are trying to replicate the runaway success of parks such as New York City’s HighLine which has acted as a spur for some $2 billion investment in its vicinity.   The HighLine is dependent on massive private support which, in return for these contributions, gave developers additional development rights.  Similar arrangements can lead to restrictions of use to the wider public through private hire and commercialisation.

Newer models beyond traditional local authority capital and revenue funding include public-private partnerships which have helped reduce direct pressure on authorities suffering from budgets shrinking by up to 50%.  But their designs and scope may have been too ambitious, leading to growing concern about the equitable distribution of public resources and the long-term viability of funding incentivised by tax breaks and developer agreements. Such endowments may kickstart the provision of suitable space, but long-term maintenance and management must also be secured for the longer term benefit of occupants.  Increasingly public parks maintenance is being farmed out to ‘Friends’ groups and these are reliant on goodwill and community organisation which must also be invoked in the design and planning of new spaces.

Climate change adaptation research advocates an additional 10% of green cover to keep maximum surface temperatures in high density areas below the anticipated Urban Heat Island increases, showing  that in France, in the 2003 heatwave, the presence of significant vegetation within 300m of the home reduced the risk of death.  There needs to be a new model for the provision of communal open space, where residents can offer their own involvement in lieu of local service charges, and where developer contributions can galvanise and support local partnerships and aspiration – but it is still important for central government to recognise that providing and supporting such spaces lessen spending across other, diverse, departmental budgets.

Lynne Sullivan is a founding partner of Sustainable BY Design