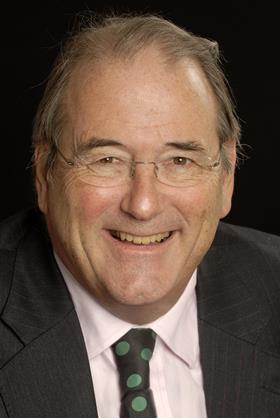 The satirical magazine Private Eye summed it all up. It printed a cartoon of some plutocrats rowing towards an island. The caption read: “We had our conservatory built offshore to avoid paying tax.”

A week earlier, the Daily Mail had used a wet bank holiday to splash across its front page the headline: “Green Tax on Conservatories.”

The opening paragraph began: “Millions of householders who want to build a conservatory… will be forced to spend hundreds of pounds more on “green” projects. They will not be permitted to carry out home improvements unless they agree to fork out for measures such as loft or wall insulation”.

Within days, Fleet Street’s finest were claiming that a “crippling” tax on “any building project in the homes” would “grab from incomes”, make householders apply for special planning permission, and force them to “fully insulate ” their homes “from top to bottom”. Thus leaving them “tens of thousands of pounds out of pocket.”

The howls of outrage were tempered in the broadsheets by more considered reflections , pointing out that nobody was proposing any new taxes. And that the initiative which had apparently precipitated the row - proposed changes to Part L (conservation of fuel and power) of the English building regulations - fell within a public consultation which had concluded back in March.

That consultation asked whether householders who erect extensions, or convert garages, should spend 10% of the cost on improving the efficiency of the original building. This follows the logic that, however high the efficiency of the new part, the overall energy consumption of the home in question would increase. The proposal simply extended existing requirements in place for larger buildings, to those below 1000m2.

Sadly the Daily Mail has never seen fit to mention the over 130 million tonnes of lifetime carbon dioxide emissions that the official impact assessment reckoned would accrue from full implementation of all the “consequential improvements.” Nor indeed the £710m benefit to the UK economy that had been calculated.

At no stage have Mail readers been told that the proposals actually excluded practically all conventional conservatories - certainly, of the kind which it used repeatedly to illustrate a series of ever shriller articles on the topic.

It took a sober note issued by the Library of the House of Commons to point out in full detail the misinformation that the Daily Mail was peddling. Entitled “The ‘conservatory tax’”(deliberately, in quotes), it calmly pointed out the errors in the original Mail articles, and in some of the subsequent coverage. Almost all of that coverage had quoted entirely unnamed sources, most of which were studiously anonymous - senior figures at Number Ten, key advisors, leading party figures from both Coalition parties. All were unnamed.

The Daily Mail did carry pictures of communities secretary Eric Pickles, who was apparently “mobilising quickly to block the move”. Quite why a secretary of state, under whose name the consultation was issued, and who would have had ample opportunity not to issue it, would subsequently try to wreck his own initiative was not made clear.

It also carried the usual rent-a quote MPs, opining that this was “a crackpot scheme” and “a tax on one of the UK’s favourite hobbies, DIY” - which rather begged the question as to just how many DIY enthusiasts ever build their own conservatory.

It also belied the results of a YouGov opinion poll, taken at the height of the adverse publicity. This revealed that respondents were nearly two to one in favour of conservatories (and other extensions) triggering additional energy improvements. Majorities could be found by gender, by age-group, by social grade, by region and -significantly - by supporters of all three political parties.

Nor has the Daily Mail visited Conservative -run Uttlesford in Essex, which has enforced consequential improvements unilaterally for the past five years or more, without apparently creating riots in the streets by infuriated DIY enthusiasts.

The House of Commons Library states categorically that the changes proposed to the Building Regulations “do not cover conservatories”. Or as Conservative Climate Change minister Greg Barker wrote, in his official rebuttal: “this is simply not true. Standard sized conservatories are not included in the plans that the government has been consulting on.”

So it was perfectly reasonable for an unnamed minister - probably now promoted to a key party role - to give the Daily Mail yet another front page exclusive, promising that the “conservatory tax will not go ahead.” Perfectly reasonable, because such a tax was never proposed in the first place.

In the melee, commentators seem to have forgotten that the consultation exercise was just that - a consultation providing everybody a chance to say whether or not they favoured extending existing requirements for “consequential improvements” to smaller buildings. It was indeed the first question listed. And as Building exclusively revealed today, 82% of those who responded told the government they were in favour.

All that remains is for Eric Pickles to announce : “Conservatory Tax dead. Consequential Improvements, go ahead.” The reshuffle is over. So what on earth can be stopping him?