Did HEL’s agreement to make payments to STC “on account” vary the building contract and prejudice Aviva’s position such that it was discharged from the bond? 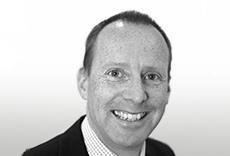 Aviva Insurance UK Limited (“Aviva”) issued a bond in favour of HEL for £1,106,852 to secure STC’s performance under the building contract.

The refurbishment work did not progress well and fell into delay which STC alleged was a result of the architect’s instructions. STC then submitted a loss and expense claim which the quantity surveyor maintained was unsupported.

However, at a meeting between the parties it was agreed that HEL would pay £1m (in instalments against a revised programme) “on account” of STC’s claims pending the provision of proper particulars.

A side agreement was entered into in this respect which expressly provided that the payments were to be “on account” of STC’s claims. Some £750,000 was paid to STC but before the final instalment was paid STC went into administration. HEL then determined STC’s employment under the building contract and demanded repayment of the “on account” payment. HEL then engaged other contractors to complete the work.

HEL made a claim against Aviva for the full amount of the bond.

The issue was whether HEL’s agreement to make payments to STC “on account” effectively varied the building contract was prejudicial to Aviva’s position such that Aviva was discharged from the bond.

This is an appeal from Mr Justice Edward-Stuart’s first instance decision in the TCC of 21 September 2011. In that decision the judge held that the payments to STC were made under a separate free standing agreement that did not vary the building contract, except in two immaterial respects. Aviva sought to rely on the rule in Holme vs Brunskill under which a surety may be discharged from liability where variations are made to the underlying contract without the consent of the surety. The judge then considered whether HEL’s conduct was prejudicial to Aviva such that it would discharge Aviva from liability under the bond. He held that it was not (but did so the basis of a test he had formulated himself).

Aviva appealed on grounds that the judge had applied the wrong legal test and that, on the basis of the correct test, Aviva should be discharged from any liability. Aviva acknowledged that there had been no variation of the building contract and so the rule in Holme vs Brunskill did not apply.

Having reviewed the authorities, Lord Justice Jackson held that the correct principles to be applied are:

Applying these principles, Lord Justice Jackson held that the £750,000 was a loan to STC. The basis of the agreement between HEL and STC was that if STC could substantiate a loss and expense claim then it would retain the value of that claim from the £750,000. Equally, if STC could not substantiate its claim then the money would be repaid to HEL. Lord Justice Jackson noted that the £750,000 did not form part of the original contract sum and was not a sum certified by the architect. Aviva was therefore not discharged from the bond but Aviva’s liability did not extend to cover any failure by STC to repay the £750,000. It followed that Aviva’s liability was limited to losses caused by STC under the building contract).

It is not uncommon for payments to be made to contractors “on account” pending full substantiation of a claim. In this case the parties documented the position by way of the side agreement and this was a key element in the judge’s finding that that the money was not an advance made under the contract but an arrangement outside of the main contract. But how often do the parties document the arrangement? In light of this case employers and contractors finding themselves in similar circumstances should try to obtain the express consent of the surety and/or document the arrangement such that there can be no doubt that any payment is made outside of the main contract. This should not be necessary if the bond includes an indulgence clause that expressly covers “on account” payments.