This week’s Government Construction Summit was the government’s chance to show what it was doing to get construction out of recession. But was its package of proposals enough to make up for the huge cuts in spending? 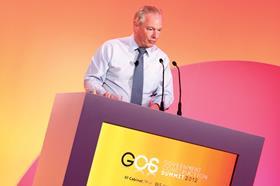 This week’s Government Construction Summit saw a rash of updates, policies, trials and guidance issued by the government to an industry thirsty for anything that will help it get through the recession.

Cabinet Office minister Francis Maude once again admitted publicly that the government needed to do better on procurement, and - alongside chief construction adviser Paul Morrell - laid out both the latest thinking and its progress so far on changing its ways. There were, thankfully, no big surprises.

New information included a further 12 trial projects of new forms of procurement covering over £300m of government spend, a commitment to use project bank accounts - which guarantee payments reach subcontractors promptly - on all central government projects, and the identification of £72m of savings on government projects. The strategy remains widely supported, at least in the upper tiers of the industry. But the question is whether this amounts to a package which can rescue an industry that is suffering from sharply falling output and a devastating drop in new orders.

For many companies, clearly, the major issue will remain the volume of construction work that government is procuring, rather than the way it is done. In 2011 the volume of new orders for schools fell by more than 30% and roads by almost 50% - it is these falls in spending, part of the government’s austerity drive, which have the biggest impact on the health of the construction industry. In its most recent figures, output for the last three months to April 2012 was 6.7% down on the period last year. Richard Steer, managing partner at QS Gleeds, says: “The real issue is getting money into the industry. When you see companies like Doyle going you know it’s really starting to bite. They need to get a lot of money moving quickly.”

That’s not to say the strategy is seen by all as window dressing. John Frankiewicz, chief executive of Willmott Dixon’s capital works division, says policy changes can have a profound impact, even without public spending. “The government does help shape the marketplace. If it says it will put a certain value on whole life costing, or will roll out the Green Deal, or will change the way it does business, then this sets the agenda for the market. But it has to be consistent,” he says.

For no firms is this more important than those in the supply chain, for whom the Construction Strategy’s emphasis on fair payment, project banks accounts and simplifying pre-qualification has the ability to affect their bottom line. Rudi Klein, chief executive of the Specialist Engineering Contractors Group, says: “Fair payment really does matter. When you talk to people the things that matter most are work, yes, but payment straight after.” Susannah Nichol, chief executive of the National Specialist Contractors Council, echoes this. “If we all become more efficient then everyone’s making more money on the work we’re doing.”

Speaking on Monday, Maude said he wanted to “build a new relationship characterised by openness and collaboration”. But for policy to make a difference to the industry, it has to be more than warm words. Building’s survey of construction clients for its Client Intelligence White Paper found just 6% of public sector clients are using project banks accounts - way behind the private sector - and that 28% take more than 30 days to pay suppliers. “Are we seeing any material change yet? They say this is coming down the track but we’re waiting. They’re good policies but we want action on the ground,” says Frankiewicz.

For most in the industry the jury is out on whether or not the government is, so far, delivering on its promises. However, Maude made clear he will be expecting the industry to do its bit, by dropping prices for good clients. If the government’s strategy can help construction, it won’t be without conditions.

At the summit Ray O’Rourke, chair and chief executive of contractor Laing O’Rourke, said firms should move towards reducing working hours to 35 per week to ensure new talent joins the sector.

“The industry is not a very attractive place to be. It’s not sustainable to work with the current methods of delivery,” he said. “[With a 35-hour week] You would have less demand for hours of work and you would be able to have young people interested in a career.”

He argued that greater use of offsite construction would make it “inevitable” that working weeks would be shortened. He said the quality of tradespeople was not as high as it used to be.

What the construction summit told us about…

Twelve projects totalling over £300m of government spending have been added to the list of projects that will be used to trial a variety of lean procurement methods, the Cabinet Office said this week.The trial projects will test procurement methods such as cost-led procurement where integrated supply chain teams are selected on their ability to deliver a project below a given cost ceiling, and two-stage open book procurement, which sees firms bid based on criteria other than cost before a winner works up a more detailed price. Projects include a £100m Manchester town hall complex followed by £85m of unspecified NHS service and site reconfiguration work.

An announcement on plans for a successor to the Private Finance Initiative (PFI) will be made in the next few weeks and well before the autumn, according to Geoffrey Spence, chief executive of Infrastructure UK, the Treasury’s infrastructure unit. But Spence sought to dampen expectation about the extent to which PFI was still needed. “We need to be careful about expectations. We have got to remember that we have had the largest successful investment in social infrastructure since the second world war already.”

Interserve has won the race to build the government’s first BIM level two trial project at Cookham Wood prison. Building understands Interserve beat off competition from Galliford Try, Kier, Willmott Dixon and Wates for the contractor role. Interserve will start on site in November. Quantity surveyors Faithful + Gould and Sweett Group, structural engineer URS and architecture practice HLN will all work on the design and delivery of an 180-cell extension to Cookham Wood prison in Kent.

The government will publish guidance on standardised school design “this summer”, Mike Green of the Education Funding Agency told the Government Construction Summit. He dismissed fears about standardised school design, saying: “We are not going to create identikit schools, far from it.” As revealed in Building last month, the EFA is preparing five batches of schools for tender - three using public capital and two using private capital - Green confirmed.

Atkins’ UK chief executive David Tonkin tackled the “thorny” issue of the Olympics’ marketing restrictions at the Government Construction Summit. He said there were “many different ways” of promoting involvement in building London 2012 venues other than media promotion - such as face-to-face with clients. Atkins is the only construction firm able to promote its involvement in London 2012 as it paid to be an official partner of the Games.

The move to give councils independent control of their housing finances will lead to a “tsunami” of contracts for both new build council housing and repairs to existing stock, according to Terry Fuller, executive director for the East and South-east at the Homes and Communities Agency. Fuller said that he was in dialogue with councils that were looking to raise hundreds of millions of pounds on the back of receiving control over housing rents for the first time this April.

He said: “This will be a catalyst and when it happens you’re going to see a tsunami of contracts coming through as they gear themselves up. It’ll be fascinating to watch.” Fuller added that social landlords that didn’t hit agreed construction milestones in their affordable rent programmes would have government grants taken from them and redistributed to other providers in order to ensure that enough homes were built.