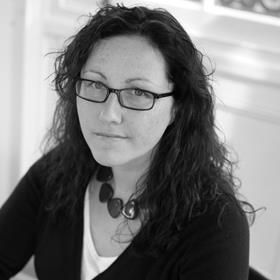 I’ve become slightly obsessed with zero carbon recently. This obsession comes, not from a belief that zero carbon will save the planet, but from a need to know the final definition so I can get on and do my job properly.

A quick history lesson. Zero carbon homes as a concept arrived in 2006 under the Labour administration. The goal was to have all new homes to be “zero carbon” within 10 years. As 2016 got closer the reality of actually delivering this began to become clear. Rather than dilute the scope (all homes) or the timeline, which is seemingly set in concrete, “zero” has been repeatedly redefined to reflect what the majority of the market will be able to deliver.

This in itself creates problems of logic (what will we name dwellings beyond 2016 which perform better than our “zero carbon” standard? What happens when we are able to easily account for embodied carbon? What about our long term 2050 targets?) but the main problem the industry faces today is that we still don’t know what the 2016 definition of zero carbon is.

Whatever is drafted today could be out of date tomorrow. How much abortive work will this involve? In times of austerity can we afford to be guessing at definitions?

In May 2010, Grant Shapps promised a definition “within weeks”. Almost 2 years later, and one budget announcement diluting it to less than Code for Sustainable Homes level 5, we’re still no closer. The Part L 2013 consultation which has just closed proposes just an 8% improvement over 2010 levels, which puts the carbon compliance levels proposed by the Zero Carbon Hub on shaky territory – the leap from 2013 to 2016 looks so large as to be in jeopardy.

I, like many others, have several larger projects on the drawing board today which fall within Greater London Authority jurisdiction and will take more than four years to complete. As set out in policy 5.2 of the London Plan, in line with national targets, dwellings beyond 2016 will be subject to zero carbon. The energy strategies for these are being drafted today. All we can do is assume the definitions put forward by the Zero Carbon Hub will be followed - despite the fact that the Department for Communities and Local Government have not ‘ratified’ them formally.

Scheme viabilities rest on our assumed definitions. Viability covers many more factors than the energy strategy employed (indeed viability is a key plank of the new National Planning Policy Framework) but the question mark hanging over the definition raises the possibility that whatever is drafted today could be out of date tomorrow should the definition be finalised. How much abortive work will this involve? In times of austerity can we afford to be guessing at definitions?

So please Mr Shapps, can we finalise the definition soon, and not “in due course”.