Building buys a pint … for Kinetics 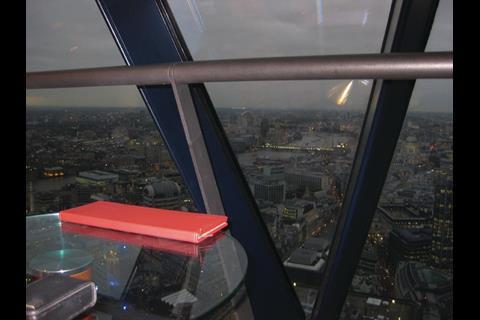 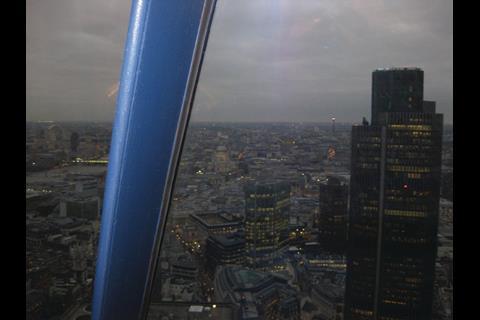 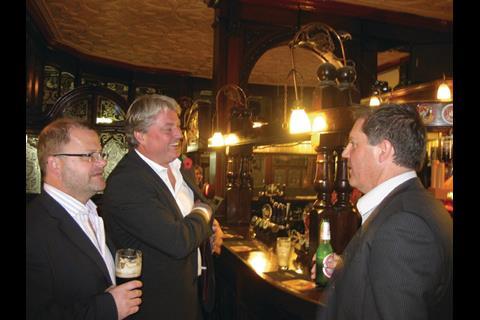 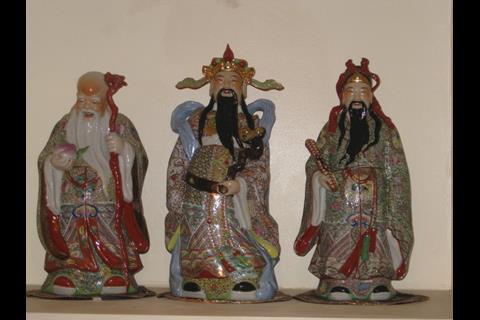 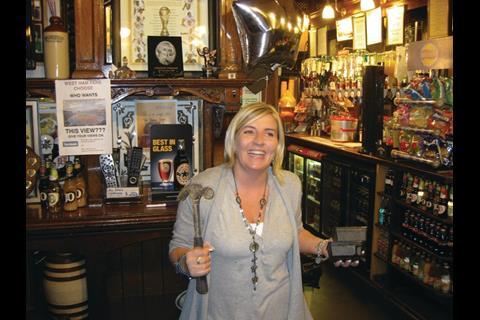 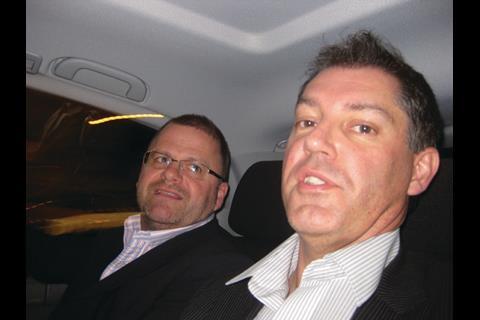 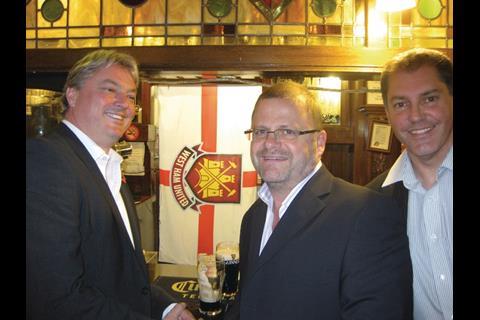 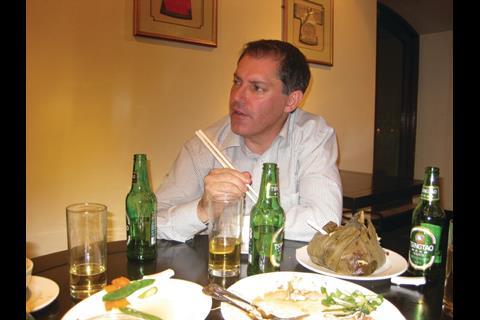 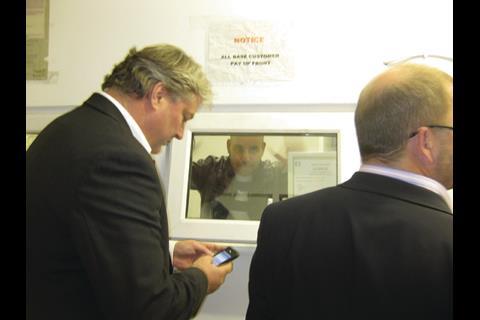 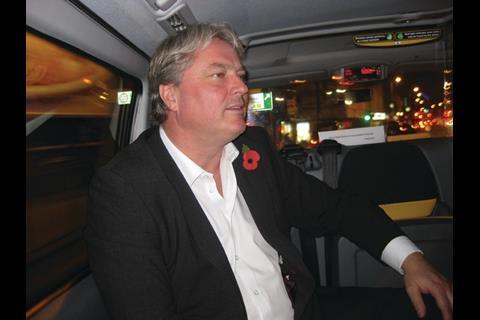 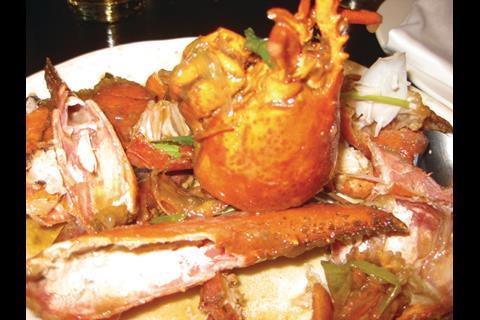 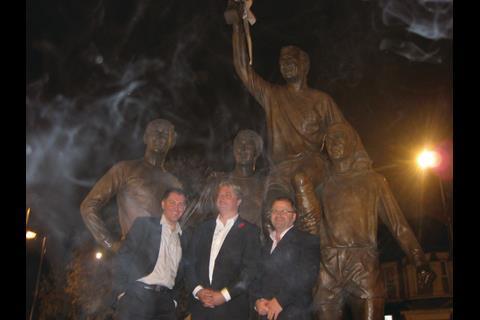 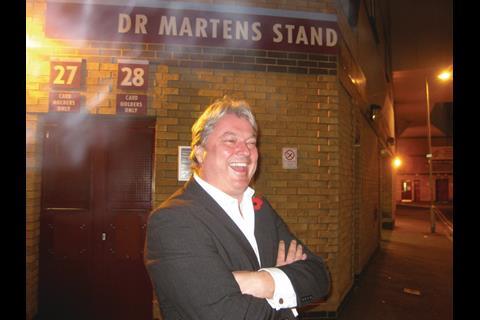 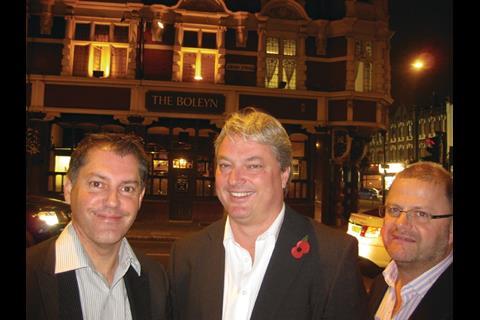 Venues: The Gherkin, the Boleyn pub and the Riverside Chinese restaurant Topics: Corporate hospitality, Glen Medeiros, the fall of Connaught, Ian Dury Drinks: One bottle of La Cote Blanche Sancerre 2009, one gin and tonic, 15 pints of Guinness, 14 bottles of lager

Watching the sun set from the top of the Gherkin, sipping a 2009 Sancerre, it was difficult to imagine how “venue two” could top this.

Determined to do the evening in style, Kinetics boss Chris Cheshire announced that he had planned a three-venue “odyssey” for the evening. Some 14 hours into the rescue of the 33 Chilean miners, you had to wonder who would be finished first.

Cheshire is the genial chief executive of the £130m-turnover social housing maintenance firm. At his side is jazz-loving finance director Neil Williams who doesn’t always manage to keep the boss in check.

Take the company’s corporate box at West Ham, a deal that Williams said Cheshire had slipped through while he was away on holiday: “When I got back you said the possibility of buying it had come up - but I knew you’d already bought the bloody thing.”

“We got a good deal,” protests Cheshire. “We haggled and got all the booze and food thrown in. Actually I think the girl who signed that off was new and got into trouble.”

Aside from football, the other subject that quickly surfaces is collapsed social housing firm Connaught.

Kinetics looked at buying it out of administration and all raise their eyebrows when the £28m price tag paid by Morgan Sindall is mentioned. Cheshire says: “It’s a big risk. I hope it isn’t like one of those deals when an American is sold a sentry box at Buckingham Palace.”

Before long we are in a taxi heading through Shoreditch, Williams recounting an unprintable event from a recent company away day. Where we are headed remains a mystery.

Until the signs for Upton Park appear. Venue two is the Boleyn pub, a spiritual match-day haunt for West Ham fans. It’s virtually empty apart from a Scot who has a picture of a cat on his phone, and who he tells us is a Millwall fan. The cat, not him.

The Scot has a picture of a cat on his phone that he says is a Millwall fan. The cat, not him

It’s eighties night and Glen Medeiros’ hit Nothing’s Gonna Change my Love for You comes on. Stone shakes his head and says: “I once told my brother he could name any eighties song and I’d tell him who sang it. This was the only one I couldn’t remember.”

It might be the music but Cheshire brings up his girlfriend - Claire Dunphy, the daughter of Frank Dunphy, who is Damien Hirst’s manager. (His other celebrity story is too long to repeat and involves him telling Ian Dury to “fuck off” while pulling down a graffiti covered wall in east London).

As we depart for the third leg in our pan-London booze-up, the Chinese restaurant, the talk is still of football as all three express their firm agreement that West Ham should move to the Olympic stadium. There is only one caveat, says Stone: “They’ll have to move this pub there too.”