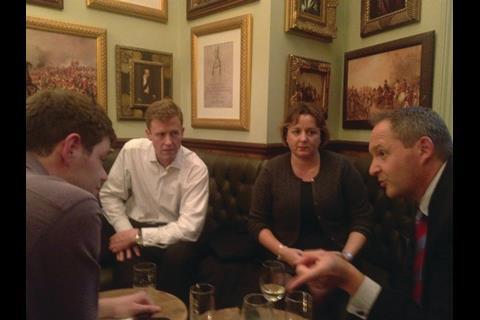 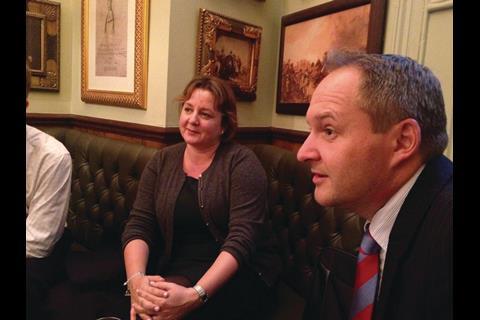 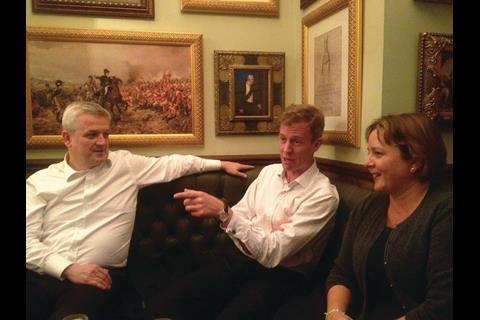 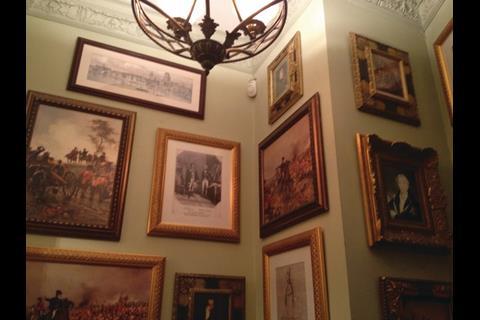 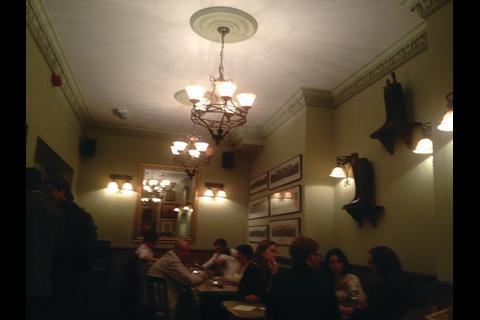 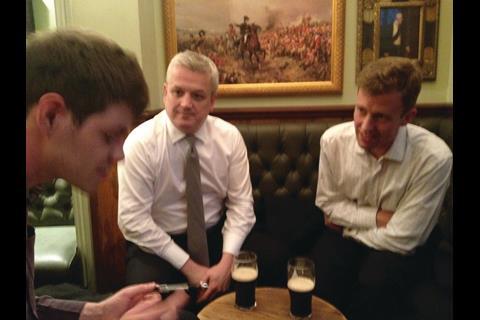 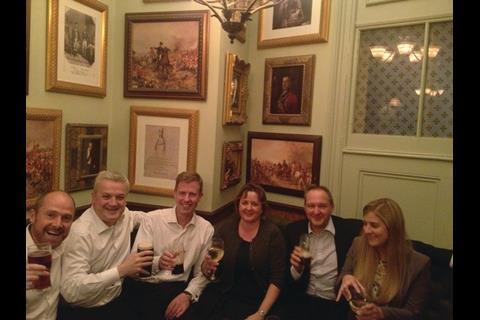 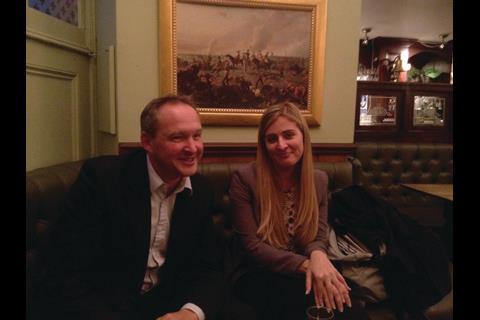 Wellington, web dating and Walsall were discussed in a heavily-themed boozer when Building bought a pint for Jones Lang LaSalle

Tucked away down an alleyway in London’s Mayfair near London’s posh Claridges hotel is Jones Lang LaSalle’s local boozer, the Iron Duke. The pub is named after the Duke of Wellington, and as such he can be found peering at drinkers from many paintings dotted around the establishment.

Our particular corner of the pub features many pictures depicting Wellington in his finest hour - defeating Napoleon’s French army at the Battle of Waterloo in 1815. The JLL team knows a surprising amount about the Duke (I must have missed that class), not least John, whose impressive knowledge prompts Paul to study the painting behind him intently and ask whether he is in it. John claims he is.

After Building gets the drinks in, the team gets exercised about technology. Kane explains some members of his team have signed up to a mobile dating site called “Tinder”, where members swipe through a series of pictures of singletons and if both people swipe the same way, they can set up a date. Married Kane has merely observed colleagues using the site, but he says “it’s obviously incredibly addictive” and jokes “it’s all about love”. “Did your wife come up?” Paul jests, to laughs. Paul can see some parallels with how Facebook started, when Mark Zuckerberg famously set up a site to compare Harvard undergraduate women, supposedly inspiring the now-ubiquitous social network.

For a moment it seems Helen has also been to Warsaw. In fact, she’s ‘from Walsall’

Kane and John are both proud northerners, hailing from Doncaster and Ilkley respectively - so where’s a good night out in the North? Kane for one says Doncaster is “known as a night-out destination”, while York too is a “good place to go for a group of lads”. To everyone’s amazement southerner Paul reveals he’s been for a night out in Cleethorpes. “It felt a bit dangerous with my southern accent,” he recalls.

Talk turns to the well-travelled team’s exploits abroad. Both John and Paul worked in Warsaw for a time, which they both enjoyed, bar the largely grim Stalinist architecture. For a moment it seems Helen has also been to Warsaw, but in fact she’s “from Walsall”. She won’t have it that Walsall may also be a bit grim. “It’s the Venice of the West Midlands,” she says optimistically.

Helen may not have worked abroad, but she does have the travelling bug. During a career sabbatical after making partner at JLL, she competed in a team sailing race from Jamaica to the UK, via New York. She says she had an “amazing time” but speaks a little ruefully about spending 18 days at sea with a “bunch of very competitive Australians”, apparently more than enough time for anyone. On the subject of sailing, Kane says a member of his team was in the same sailing club as Ben Ainslie as a youth and regularly beat the now quadruple-gold medallist.

Disappointingly, unlike sailing, cost consultancy is not an Olympic sport.