Apple has won a European court ruling that dramatically widens the scope for retailers to trade-mark their store layouts. But what are the implications for designers? 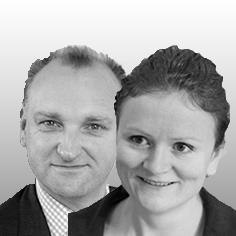 Fit-out contractors, interior designers and architects have long created striking and recognisable premises for clients involved in the leisure industry. Now the role that the design team plays in constructing these spaces could become critical to their clients’ ability to communicate a brand’s identity using that design.

This follows the case of Apple Inc vs Deutsches Patent- und Markenamt in the European Court of Justice this July, which held that Apple’s standard retail store appearance and layout might be protectable as a trademark. The ruling raises interesting issues as to how the design team’s role may change and who actually owns the design that they create.

First, a review of the case itself. In 2010, Apple obtained a US three-dimensional trade mark registration for a colour, graphic representation of its flagship retail stores.

Apple then applied to extend the trade mark internationally, but in 2013 its application in Germany was refused as the patent authorities said that the depiction of shop layout was nothing more than a representation of an, albeit essential, aspect of Apple’s retail business. Further, it said that consumers would not regard the trade mark as an indication of commercial origin of goods and the store depicted was not sufficientlydistinguishable from other electronic goods stores.

Apple appealed, asking the European Court of Justice whether the layout of a store by its design alone can be registered as a trade mark for services which are aimed at inducing a consumer to purchase goods. Interestingly, Apple also asked whether such an application required anindication of size or proportions, which, of course, is relevant to the changing dimensions of a particular retail unit, bar or hotel lobby for which the design team is producing a design.

Where the designer owns the copyright, it will typically grant the client a licence to use the design. However, it may not be that straightforward

The European Court of Justice (CJEU) has now ruled in Apple’s favour. In a decision which applies to trade mark practice across the EU, the CJEU held:

Therefore, a design team with a brief to create a distinctive layout will need to keep in mind that the overall appearance, the colours, the shape and arrangement of furniture must be distinctive.

Moreover, often a particular hotel or retailer will work with the same design team in respect of the interiors, creating a layout or series of layouts which are distinctive to that hotel or retailer. As it now appears that this case will help business owners to build and protect their brands, the design team’s role becomes critical to that. But who actually owns the design?

However, it may not be that straightforward, as the client will probably have a significant input into the design of its layout.

Áine McCartney is a senior associate in the construction and engineering team, and Mark Owen a partner in the intellectual property team at Taylor Wessing