Have your say on CDM changes 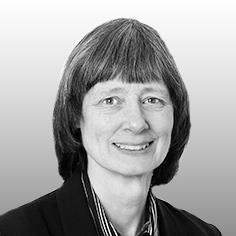 Health and safety is always a question of carrot and stick. The stick is the threat of criminal prosecution and some of the carrots are a healthy workforce, a good reputation in the industry and well-run construction sites.

Although the Health and Safety Executive (HSE) has extensive powers to wield a stick, its concern, naturally, is prevention rather than cure.

Its success is measured in a reduction in the number of deaths and injuries, rather than an increase in prosecutions.

So with this in mind, how far will the proposed new Construction (Design and Management) (CDM) Regulations go to give the HSE the success it seeks?

Draft regulations have been published as part of a consultation document and the main changes were outlined by Iain Withers in his article in Building on 4 April 2014.

The most noticeable change is the abolition of the role of the CDM co-ordinator (CDMC) and its replacement with a “principal designer”. If the client does not appoint one, the functions of the principal designer will become the duty of the whole project team.

This is a powerful incentive for the team to ensure that the client appoints one of its members as principal designer to avoid the potential confusion in sharing the role and finding that everyone has assumed that someone else on the team would be doing the job.

It is important to recognise that the duties of the principal designer are not the same as those of the CDMC currently.

For example, the client has more duties and is responsible for notifying the project. The principal designer must ensure the co-operation of everyone working on the project rather than just facilitating that co-operation.

Both client and principal designer are responsible for providing pre-construction information. Rather than ensuring suitable health and safety arrangements are made (a current CDMC duty), the principal designer will have to ensure that designers comply with their own duties under the new Regulation 10.

They will be responsible for preparing the health and safety file, which is similar to the CDMC’s current duty, but there is no obligation to pass it to anyone at the end of the project.

The draft regulations and the reasoning behind them have been published in a consultation paper which is available at www.hse.gov.uk/consult/condocs/cd261.htm and the HSE has invited feedback on the proposed changes.

There is an HSE questionnaire covering the main changes and individual responses can also be made.

In addition to the proposed principal designer role, there are numerous other issues on which feedback could be given, such as:

The consultation period ends on 6 June 2014. It is worth writing to the HSE or completing its questionnaire with comments on the proposed regulations. The HSE want to hear from you.

Gillian Birkby is head of construction at Fladgate