Keeping on keeping on: Sir Michael Latham on training 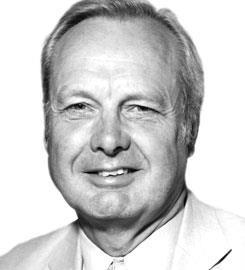 Building facilities for the wider education sector is one thing, but construction also has to make sure it keeps its own training system up to scratch

I wrote on 12 June about how the recession had affected the construction industry. It has not improved since then, and for general contractors the worst may still lie ahead, when public sector workload is significantly reduced after the general election. However, I now wish to consider the adverse effects that the recession has had on training and education, and how ConstructionSkills has responded to ensure it continues to support the industry.

First, apprentices. A concerning number of them have been laid off across Britain. In late August just over 2,300 were registered through ConstructionSkills’ apprenticeship matching service. The service has helped employers to retain apprenticeship places or has found new places for 760 trainees: 370 in Scotland (42% of those laid off), 84 in Wales (32%), and 306 in England (27%). Scotland and Wales still have strong apprenticeship traditions. But the further south one goes in England, the fewer apprentices there are.

It is much easier in London and the South-east for the main or specialist contractor to hire a labour-only gang, especially if they are eastern European. But that does nothing for training, which is the key to future success for the industry.

ConstructionSkills realises it is difficult for firms that are short of business, and with no projects ahead, to retain their workforce, let alone an apprentice. ConstructionSkills cannot create work for the industry. The only chance it had to do so – by redeveloping the National Construction College at Bircham Newton in Norfolk – is hanging in the balance. Only clients can create work. But if they have no money, or the people going into their supermarkets, offices or health clubs are steadily reducing, they will defer construction. As any public sector client knows, it is much easier to postpone a hospital or school extension than the politically unacceptable alternative of cutting pay for doctors, nurses or teachers.

The further south one goes in England, the fewer apprentices there are. It is much easier in London for a contractor to hire a labour-only gang, especially if they are eastern European

Using its Sector Skills Council influence, ConstructionSkills has recently secured £1m from government to offer £1,000 to firms that take on laid-off apprentices with less than 12 months training to go. Likewise, employers in Scotland are being offered up to £2,000 to recruit a redundant apprentice through the ScotAction “Adopt An Apprentice” campaign. In Wales, ConstructionSkills is working with the assembly to minimise apprenticeship displacement, championing initiatives to assist companies and individuals, such as Young Recruits and ProAct.

And we’re piloting new apprenticeship routes such as “pathway to construction”. This is not an overhaul of apprenticeships, as has been incorrectly reported, but an economic intervention to support the industry and ensure that employers train.

The recession has also affected ConstructionSkills’ income in two ways. The first is excellent news. In order to avoid laying people off, firms have been sending many of their site managers or directly employed operatives on courses. Last year, this was supported by £176m in ConstructionSkills grants. But this resulted in a deficit for 2008 of £13.1m. The threat for 2009 was that there would be another significant deficit and it is impossible to go on like that.

To address this, detailed discussions were held with industry federations and the grant scheme working party, the finance committee, and the training committee. The decision was taken to reduce grants (though not for apprenticeships) in order to cut the deficit over the next few years. Clearly, this is not the preferred option, but ConstructionSkills has no powers of borrowing, and is expected to roughly balance its books every year. Because of the intensive discussions with the federations and committees, the decision was reached without major concern, because the industry’s leaders know that their firms are facing similar problems.

There is also a second impact. ConstructionSkills sets levy in one year but receives it in the next. The levy is based on payroll and most firms have had to cut their workforce, thus reducing their payrolls. So next year’s levy will be less than 2009, and 2011 is likely to be less than 2010. The government has now introduced a three-year levy system and ConstructionSkills must live within its means.

But despite these impacts, grant payments in 2009 will still provide £165m to support employer training. And our message remains: keep on training, because it helps you win contracts and puts you in a position of strength, ready for the upturn.