Who's best for BIM?

Appointing a BIM manager early on a project is important to gain maximum benefit and avoid disputes. Is there already someone on the team who could take the job on though? 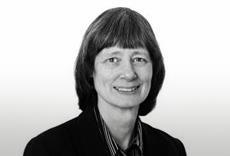 One of the most important questions for the construction industry at the moment is, who should be appointed as the BIM manager on a project? Although the government has taken the initiative in introducing BIM into its contracts, the principles (and the savings) are equally applicable to the private sector.

Anyone involved in procurement in relation to a construction project should be considering whether to use BIM and, if so, make the appointment at an early stage, before the design process is underway. This will allow design to be developed with BIM in mind, including early discussion of issues around software compatibility.

Clients looking to save money might be considering whether the role could be combined successfully with that of another member of the professional team. It is crucial to get this appointment right, to avoid disappointment or even all-out disputes later on. The cost of failure, particularly if it leads to litigation, could easily outweigh any savings achieved by adopting BIM.

IT skills are required, but the role must also be rooted in the practicalities of the design and construction process

One idea that has been floated is that the CDM co-ordinator could take on this role. At first sight this may seem odd - what connection is there between health and safety and BIM? The issues surrounding the CDM coordinator and BIM manager roles have a lot in common though. Both are relatively new to construction and neither have the traditional authority that, for instance, an architect or engineer has. In order to be effective, therefore, the terms of appointment of all members of the professional team as well as the contractor should contain the necessary clauses to require co-operation, so that both the CDM co-ordinator and the BIM manager have the best chance of obtaining the information they need to carry out their roles effectively.

Strong people skills are also needed for both roles, to encourage the co-operative working which is the key to success for both health and safety and BIM.

The role of the CDM co-ordinator (originally known as the planning supervisor) has been a feature of the construction industry since 1995. CDM co-ordinators have often trained in another construction discipline in addition to health and safety, and have a broad understanding of most aspects of the construction process, both during design and on site, in order to carry out their current functions. This includes experience in dealing with (and extracting information from) designers in all the different areas of design, which will be invaluable in acting as a BIM manager. In this respect the CDM co-ordinator can have a wider understanding of working with the different elements of design and construction in a project than, for instance, the lead designer.

One of the concerns about BIM that has not yet been resolved is whether this level of co-ordination of design will blur the edges as far as liability is concerned. If part of the design is defective, will it still be possible to work out who was responsible for that element if it has been loaded into the BIM model and then further adjusted by other designers? Or could it be the fault of the BIM manager because of the way the information was loaded into the model? As the CDM co-ordinator is not a designer, if they take on the BIM manager role the lines of liability should be easier to identify if there is a problem.

Significant IT skills are of course required, but the role of BIM manager must also be rooted in the practicalities of the design and construction process. The CDM co-ordinator has for years been gathering pre- construction information and compiling health and safety files using documents from many sources. Increasingly these documents are electronic and the manipulation of substantial amounts of data electronically is something that many CDM co-ordinators are already well qualified to do.

Since most people are still learning how to make best use of BIM, significant support, encouragement and training in how to make it work effectively are required. The experience and skills of the CDM co-ordinator in knowing how to extract information from a variety of participants in a project are just what the BIM manager will need.

Gillian Birkby is head of construction at Fladgate