The government wants to see one million homes built in England by 2020, but while some housing experts think a little tinkering will get us there, others countenance a far more radical plan 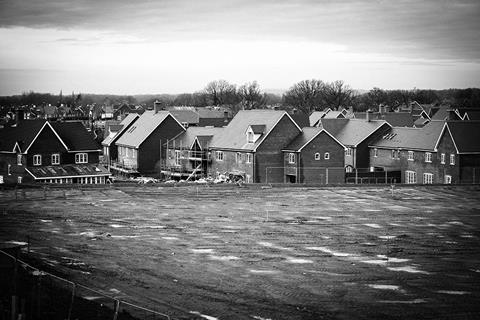 The apocalyptic predictions by ex-chancellor George Osborne of an 18% drop in house prices following a decision to leave the UK look, on current evidence, unlikely to materialise. While house sales were hit in the immediate aftermath of the referendum result, the latest figures from the RICS show that across the country sales rates are stabilising and prices starting to increase. Redrow chairman Steve Morgan earlier this month insisted Brexit had had “very little impact” at all.

But optimism around the extent of Brexit impact shouldn’t hide the fact that these are uncertain times for the housebuilding sector. Stamp duty rises introduced by Osborne combined with the vote to leave the EU have had a dramatic impact on activity in London – with housing starts down 62% in the most recent quarter, according to the latest NHBC stats - and added pressure elsewhere in the UK.

The Construction Products Association has slashed its forecast of a big expansion in private housebuilding rates next year to an expectation of a 2% drop, while public housing continues to slump. Any reduction in construction activity, of course, will take the government further away from its commitment to see one million homes built in England by the end of the parliament – something that implies 200,000 houses will be built every year till 2020. So where the government requires an acceleration in housebuilding, the data currently implies stability at best. Mark Farmer, CEO of consultant Cast, says: “We’re already behind the curve on the housing target - it’s not realistically going to happen. We need a reality check.”

So with a new government calling experts for policy ideas, a new London mayor and a whole new economic and political environment developing post-referendum, how far away is the one million homes target, and what needs to change in order to get there?

So near … yet so far

According to the government’s chosen measure, net additions to UK housing stock - which includes homes provided by conversions and changes of planning use - the government isn’t as far away from its one million homes commitment as many think.

The figures for 2014-15 show 171,000 homes added to the stock, and many housebuilders expect the data to be not far off the 200,000 mark when the 2015/16 figures are released later this year. Consequently, volume housebuilders, which have been responsible for much of the uplift in output following significant government support in the form of Help to Buy, are cautioning the government not to risk a major change of tack.

Stewart Baseley, executive chairman of the Home Builders Federation, says: “Output has rapidly increased in recent years and Brexit has thus far had very little impact on housing demand. While the government should always be looking at its policies, we need a stable policy environment to facilitate further growth.”

However, others see the situation very differently. The last 40 years of official figures show that the number of private homes built increases and decreases in exact proportion to the overall number of residential sales in any year - whatever the policy interventions of successive governments - not in response to housing need. But overall residential sales, notwithstanding a drop in the last four months since the stamp duty changes, have broadly reached the level they were in the pre-credit crunch boom, meaning there is little further increase likely, even were the economic environment more positive.

Few therefore expect private housebuilders to expand their output significantly from here. Developer Gus Zogolovitch, of custom build specialist Inhabit Homes, says: “The drum I keep banging is to say don’t try and do what you’ve always done and expect a different outcome.”

For growth in housing construction to outpace the rate of residential transactions, therefore, new entrants that are not part of the sales market appear to be needed. Yolande Barnes, head of research at property agent Savills, says: “If you want additionality, you have to pay attention to tenures other than mortgaged home ownership. The only way to increase output is to increase the range and number of players.” 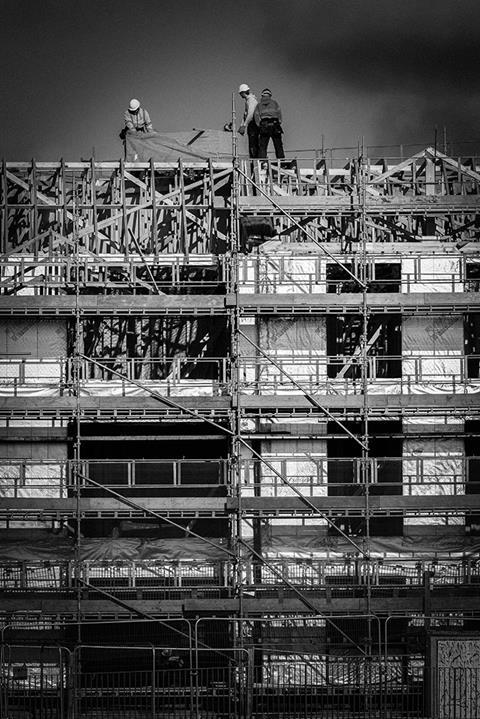 The problem for Theresa May’s government is that the policies it has inherited have promoted home ownership to the exclusion of other tenures. Investment in affordable rented housing has all but ended, and the emerging Build to Rent sector developing institutionally backed homes for private rent (PRS) has been largely ignored.

However, with rumours that the government’s £4.7bn affordable housing programme of homes for subsidised sale is struggling to attract bidders, policy sources suggest the new ministerial team of communities secretary Sajid Javid and housing minister Gavin Barwell recognise that to hit the one million target they will have to prioritise home building in general above building homes of a particular tenure. Sources suggest this means that they are ready to look again at whether the affordable housing programme could be used to subsidise homes for rent as well as for sale - as long as that can be squared with existing manifesto commitments.

Historical data shows that since the Second World War, the UK has only produced significantly higher numbers of homes than currently with big programmes of state-backed council housebuilding. But Savills’ Barnes says that doesn’t necessarily mean a return to council housebuilding is the only answer to the current over-reliance on traditional housebuilders. “A lot of people will tell you the answer has to be council housing. It could be but that’s only one idea. For example, another thing is looking at the self-build sector,” she says. “But it will mean involving landlords - either social or private.”

The ability of institutionally-backed private rented housing to bring in new sources of finance not dependent on the mortgage lenders is seen as the one of the most promising of these alternatives. Johnny Caddick, managing director of PRS developer Moda, backed by investor Apache Capital, is one of the people pushing this idea. “It’s one of the solutions to increasing housebuilding, particularly in inner cities where most regional cities have seen very little development at all since the recession,” he says. Caddick, however, thinks the government needs to play more of a role helping the viability of sites and providing security to lenders to allow the sector to really take off.

Some suggest help for this sector could be linked to progress on one of the other issues seen as key to allowing more construction - the use of prefabrication and modern methods of construction. The current shortage of labour is such that, even if the housebuilders were to suddenly ramp up output, there would not be enough tradespeople and professionals to meet demand, meaning greater use of less labour-intensive factory-built housing will be needed to meet the challenge. Because it allows greater speed of construction, these methods are thought to be very well suited to the PRS market where the desire to get rent paying tenants installed is paramount. Cast’s Farmer says: “There is scope for incentivising the build to rent sector, and making that part of a wider agenda to improve the way the construction industry operates.”

In order to make this impact, the new ministers will have to start making decisions.

There has been speculation that chancellor Philip Hammond is preparing a housing stimulus package in order to stave off a post-referendum housebuilding downturn. However, sources suggest the government is unlikely to focus on broad demand-side measures to help housebuilders, with listed firms already reporting record profits. Instead, many are calling for stimulus to be directed toward affordable housing, potentially through housing associations. Savills’ Yolande Barnes says: “A lot of things that in the past have been called housing stimulus packages have actually been housebuilder stimulus packages and we need to avoid that so it actually creates more units on the ground.”

Housebuilder Berkeley Group has this month led calls for the government to look at how its policies are affecting housebuilding in London, given the dramatic falls in construction starts in the last four months. This would include the government reexamining the stamp duty surcharge levied on homes for rent in April, on which the British Property Federation has called for an exemption for PRS developers. But it is not only stamp duty increases that hit confidence: new mayor Sadiq Khan’s wish to increase the amount of affordable housing contributed by private schemes has also touched nerves. Rob Perrins, chief executive of Berkeley Group, says: “The Community Infrastructure Levy has also been set too high, and the concept of Starter Homes just doesn’t work in London - the price cap at £450,000 means you end up with very small homes. The government needs to work it out.”

There have always been calls both from the free market right and socialist left for the introduction of taxation on undeveloped land in order to incentivise more land to be brought to the market. Despite being previously considered too politically unpalatable to be practical, the idea appears to be gaining traction. Savills’ Barnes says there are also other routes to the same outcome worth exploring. “The whole land model is geared up to get a single landowner to flog a large site to a single developer. People always think of sticks in the form of land taxation but you could give incentives to landowners to encourage active use.”

Planning is still seen as a major barrier to construction, particularly by smaller builders who aren’t able to spread the risk of delays or planning refusals across large numbers of sites. While the government is already engaged in a programme of planning reform designed to simplify the system, Berkeley’s Rob Perrins says this ignores the fact the lack of staff to manage planning applications is the biggest problem. “Getting land into production remains a long, slow bureaucratic business. I’m tempted to suggest that if the government really wanted to get housebuilding going, it could double the size of planning departments,” he says.

An analysis last year by Mark Farmer, conducted when at Arcadis, suggests that the industry would need to recruit a further 120,000 workers to get production of housing up to the level required to meet need, including a further 53,000 bricklayers. Hence, he says, using factory built homes or other modern methods of construction, which make far less use of skilled labour, will be vital to ramping up production. “There needs to be a well-rounded programme from government that thinks not just about housing output, but how it influences the construction sector to reform so it isn’t damaged by spikes in demand,” he says.