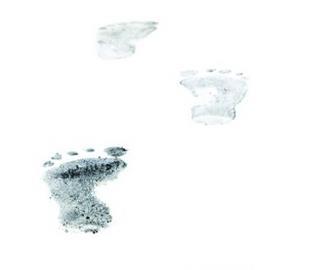 How well will the Carbon Reduction Commitment work? Some fear it lacks teeth, or will reward latecomers to green practices rather than early adopters

In six months’ time an estimated 5000 companies and organisations will begin taking part in the largest carbon trading scheme the UK has seen. Participation in the Carbon Reduction Commitment is compulsory for those that spend more than £500,000 a year on electricity. This includes large businesses with multiple sites, retail chains, commercial landlords, local councils and NHS trusts.

The aim of the scheme is to drive down energy use and help the government to achieve an 80% reduction in carbon emissions by 2050. It works like this: from April, participating organisations will begin collecting accurate data about their annual energy consumption, combining the totals from each site into a single kilowatt hours figure. This will go into their annual carbon footprint report, the first of which must be submitted by July 2011 and again every year thereafter.

In 2011 the participants must also begin to buy allowances to emit carbon, based on their annual emissions. The price of the allowances is set at £12 per tonne for the first three years of the scheme, and is expected to rise sharply thereafter as the government begins to reduce the number of allowances issued. The rising cost is meant to encourage participants to become progressively more energy efficient.

As an added incentive, all 5000 participants will be ranked in a league table according to how much energy they save. Money collected from the sale of permits will be redistributed among the participants, with bonuses for the best performers and penalties for the worst. An estimated £1.4bn will be spent on allowances in the first year; the best performers will get their money back plus 10%, while the worst will lose a sum equal to 10% of their initial payment. The bonuses and penalties will be ramped up so that by year five, the poorest performers could lose half their money. Participants will also have to consider the damage that a low placing in the league table could do to their reputation.

In the early stages of the scheme, an organisation’s placing in the table will depend on how much it is doing to measure its energy use, rather than its year-on-year reductions, which will take time to establish. Points will be awarded for organisations that follow a Carbon Trust standard for data gathering and adopt automatic meter reading. The Department for Energy and Climate Change finalised details of the scheme in early October, following no fewer than three rounds of consultation.

If it works as intended, the Carbon Reduction Commitment should create a huge demand for expertise in energy saving. BSD spoke to commercial landlords, national retailers and a county council about their preparations.

Large commercial landlords will be part of the Carbon Reduction Commitment because they often pay tenants’ power bills before collecting the money through the service charge.

But the British Property Federation has protested that landlords will be unfairly penalised because they have no control over their tenants’ energy consumption. “The scheme has not been properly thought through,” says Liz Peace, chief executive of the federation.

Some believe the price of carbon has been set so low for the first three years, making the buildings more efficient, but this will take some time because landlords are reluctant to introduce new charges in a property market that has been greatly weakened by recession. “You need a lease clause that says we will share the cost of meeting this new regulation, but that is very complicated,” says Bosteels.

Andy Francis, energy manager at B&Q, says many high street chains, such as Sainsbury’s, John Lewis and his own, have been working on low-carbon strategies for several years, so the Carbon Reduction Commitment will make little difference to their activities.

Francis, who chairs the Retail Energy Forum, a networking group, is worried that the early savings made by companies such as his own will not be recognised and the bulk of the rewards will go to organisations that have done little or nothing so far but will make great strides once the scheme kicks in by doing the easy things first. “Potentially, it’s easier to move up the league table if you haven’t taken significant prior action,” he says.

B&Q has already begun to install more efficient lighting in all stores, while the introduction of skylights has cut the need for artificial lighting at newer outlets. Its New Malden branch uses a ground source heat pump for its heating and has a 20kW wind turbine on the roof [see BSD August 09]. It also has solar photovoltaic panels for electricity generation and solar thermal panels for hot water. In addition, B&Q is working with the Carbon Trust to examine the possibility of using biomass boilers for heating. Two stores are involved in a feasibility study.

Despite these efforts, Francis says, B&Q and other chains with a similar green attitude cannot be certain of a good showing in the league table: “With 5000 participating organisations, a company’s position in the league table will be influenced more by the actions of the other 4999 companies than itself.”

The NHS, local councils and the government’s own estate will all have to take part in the Carbon Reduction Commitment. Kent County Council already has targets to cut carbon emissions by 10% against 2004 levels by 2010 and by 20% by 2015.

There is a lot to be done before April and a lot of local authorities haven’t really woken up to it. There will be casualties where they don’t have the necessary data

Six hundred schools account for 75% of the council’s energy use. Andy Morgan, the authority’s energy manager, says many school buildings have been made more efficient thanks to better lighting and heating controls, but he admits these gains are often cancelled out by the expansion of school facilities and the increasing use of IT. Morgan believes the council will struggle to meet its 2010 target.

On the positive side, the Carbon Reduction Commitment has done much to raise awareness among councillors and senior officers of the importance of energy efficiency. “There’s been interest at a senior level in our likely position in the league table,” Morgan says.

Kent was one of 34 councils to take part in a year-long test run organised by the Local Government Information Unit. While the resulting report does not divulge individual performances, it highlights the difficulties experienced by many councils in gathering accurate information about their energy use. Disappointingly, it noted that total emissions during the test period, from April 2008 to March 2009, actually rose by 0.27%.

“There is a lot to be done before April and a lot of local authorities haven’t really woken up to it,” says Stephen Cirell, head of local government at the law firm Eversheds, which provided sponsorship money for the test run. “Some are doing quite well but there will be casualties, where they leave it late and don’t have the necessary data.”

A spokeswoman for the NHS Sustainable Development Unit says about 180 NHS trusts will take part in the scheme. “The NHS is gearing up quite well,” she claims, and the unit has published several case studies on its website to provide encouragement to the rest.

The Carbon Reduction Commitment could become a severe embarrassment for the central government’s own estate. A report by the Environmental Audit Committee in August gave warning that government departments were failing to meet their carbon targets and could lose money when the scheme goes live.

The committee said it was “unconvinced” that the government would be able to achieve its target of cutting emissions by 12.5% by 2015. “In too many areas, [the government] has made little or no progress and in others it is backsliding,” said Tim Yeo, the MP who chairs the committee.

A spokesman for the Office of Government Commerce says that a cross-departmental working group had since been established to advise government departments on how to prepare for the initiative.