Across Europe, levels of air pollution remain unacceptably high. This CPD module, sponsored by Icopal, examines air quality targets and the role that building designers can play in hitting them

The free continuing professional development distance learning programme from Building is open to anyone who wants to develop and improve their professional knowledge. These modules can contribute towards annual CPD activity and help you to maintain membership of professional institutions and bodies.

To take this module, read the technical article above and click through to the multiple-choice questionnaire.

Once taken you will receive your results and if you successfully pass you will be automatically issued with a certificate to print for your records. This module will contribute one hour towards your CPD obligations. 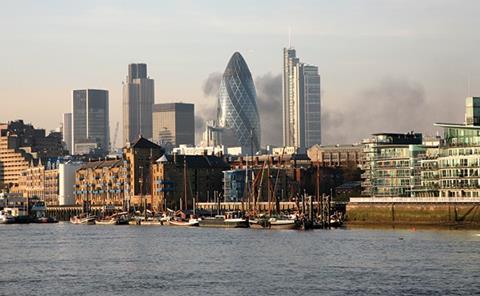 Air quality in London is among the worst in the UK, and as a result the City has been declared an Air Quality Management Area

Air pollution is detrimental to human health and to the ecosystems that humans rely on. It is an issue not only locally but at a national, European and global level, as pollutants released in one area can be transported by the atmosphere to cause poor air quality elsewhere. In Europe, air quality has improved over recent decades as emissions of many pollutants have decreased substantially, but concentrations of air pollutants remain unacceptably high. According to the European Environment Agency (EEA), a significant proportion of Europe’s population live in areas where EU air quality standards are exceeded. The EEA says that air pollution reduces human life expectancy by more than eight months on average and by more than two years in the most polluted cities and regions.

This CPD will focus on NOx gases, air quality targets and the role that building designers can play in helping to reduce air pollution.

Particulates are tiny particles of solid or liquid material suspended in the atmosphere, generally classified into two main groups according to their size.

NOx refers to two gases which are oxides of nitrogen: nitric oxide (NO) and nitrogen dioxide (NO2).

When nitrogen is released during fuel combustion, it combines with oxygen atoms to create nitric oxide (NO). This further combines with oxygen to create nitrogen dioxide (NO2). Nitric oxide is not considered to be hazardous to health at typical ambient concentrations, but high concentrations of NO2 cause inflammation of the airways. Long-term exposure can increase the risk of respiratory conditions, decrease lung function and aggravate the effects of other allergens. High levels of NOx pollution can also have a negative effect on vegetation, causing leaf damage, stunting growth and making plants more susceptible to disease and frost damage.

Both NOx gases also react to form smog and acid rain, and contribute to the formation of particulate matter and ground-level ozone.

NOx gases are produced by the reaction of nitrogen and oxygen gases in the air during combustion, particularly at high temperatures. This occurs in car engines, but they are also produced naturally by lightning. In areas of high motor vehicle traffic, such as large cities, the quantity of nitrogen oxides emitted into the atmosphere as air pollution can be significant.

According to figures from the EU, road transport was responsible for the greatest share of NOx emissions in 2011, accounting for 40%, with energy production and distribution producing 21%.

According to the City of London Air Quality Strategy 2011-2015, major roads contributed 65% of NOx emissions in the City, and commercial gas boilers 26%. 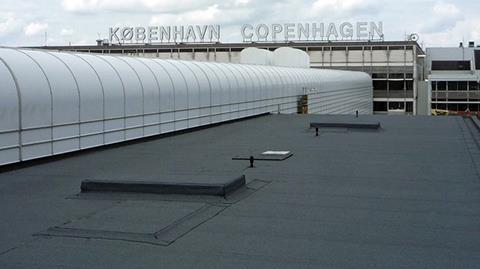 Icopal’s Eco-Activ Noxite membrane was installed on 320m2 of roof at Copenhagen airport in Denmark, as part of the airport’s commitment to maintaining a clean environment in the local area

All EU member states are required to control air pollution to health-based levels set by the European Commission, and report national emission totals each year.

The EU National Emissions Ceilings Directive sets limits on the total annual emissions of air pollutants. According to EEA data for 2010, 12 states exceeded one or more of these limits, with NOx the pollutant for which most excesses were registered.

In addition, the EU Ambient Air Quality Directive and fourth “daughter” (or substance-specific) directive set limits for concentrations of a range of pollutants in outside air. These may be either target values, which are to be attained where possible by taking all necessary measures not incurring disproportionate costs, and limit values, which are legally binding parameters. The European Commission can take action against any member state if air quality does not meet the limit values throughout its territory. There are currently two limit values set for nitrogen dioxide. The first is that hourly concentrations should not go above 200μg/m3 for more than 18 hours in any year. The second is that the annual average should be no greater than 40μg/m3.

The UK is also a signatory to the Gothenburg Protocol, originally signed in 1999 and amended in 2012. This is part of the United Nations Economic Commission for Europe (UNECE) Convention on Long Range Transboundary Air Pollution, and sets emissions reduction targets to be achieved by 2020. These concern sulphur, NOx, volatile organic compounds and ammonia. Europe’s NOx emissions are to be cut by 41% compared with 1990 levels.

In England and Wales, all local authorities have a statutory duty to assess air quality under Part IV of the Environment Act 1995. If levels of pollution do not meet government objectives, the area must be declared an Air Quality Management Area and an action plan implemented to reduce levels of pollution. In March 2011, the UK government also published a national air quality strategy, which sets out objectives that local authorities are required to meet and policy options to further improve air quality.

Air quality in the City of London is among the worst in the UK, due to the density of development and its geographical location, and it does not meet objectives for either annual average or hourly average nitrogen dioxide levels, or for daily average particulate matter (PM10). The Greater London Authority estimated that in 2008, there were 4,267 premature deaths in London that could be attributed to long-term exposure to fine particles (PM2.5). As a consequence, the City has been declared an Air Quality Management Area for these two pollutants, and in 2010, the City of London published its Air Quality Strategy 2011-2015 to reduce nitrogen dioxide and both PM2.5 and PM10. The mayor of London also published an air quality strategy called Clearing London’s Air in 2010.

Both of these strategies focus on reducing emissions from transport and fuel combustion, and from the construction and demolition of buildings. 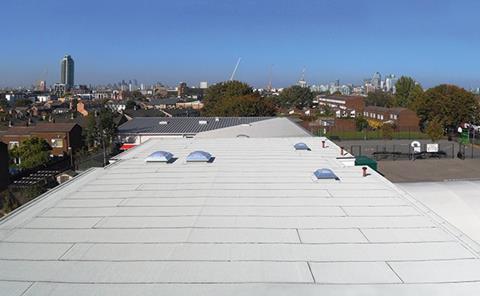 THE ROLE OF BUILDING DESIGNERS

Building designers can assist efforts to reduce air pollution by specifying products and systems that can reduce emissions of NOx gases by improving energy efficiency, or by reducing reliance on fossil fuels. Approaches could include:

Aside from reducing the fuel consumption of buildings and the car journeys associated with them, building designers can also choose from an increasing number of building components that actively reduce the concentrations of harmful pollutants in the air. For example, Icopal’s Eco-Activ roofing membrane is coated with a granular titanium dioxide finish, called Noxite. In the presence of ultraviolet light from the sun, titanium dioxide acts as a catalyst to help break down NOx particles into harmless levels of nitrates, carbon dioxide and water, which are then washed away by the rain.

Icopal commissioned independent testing from several research organisations, which was then passed to the British Board of Agrément (BBA) for validation.

The BBA concluded that Noxite granules had a significant depolluting capacity when added as a mineral finish to waterproofing membranes. 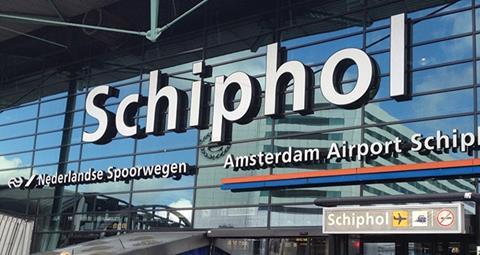 The free continuing professional development distance learning programme from Building is open to anyone who wants to develop and improve their professional knowledge. These modules can contribute towards annual CPD activity and help you to maintain membership of professional institutions and bodies.

To take this module, read the technical article above and click through to the multiple-choice questionnaire.

Once taken you will receive your results and if you successfully pass you will be automatically issued with a certificate to print for your records. This module will contribute one hour towards your CPD obligations.