The latest module in our CPD series outlines the recent changes to the CDM regulations, and explains how they will affect the way that project teams work. This module is sponsored by Sika Roofing 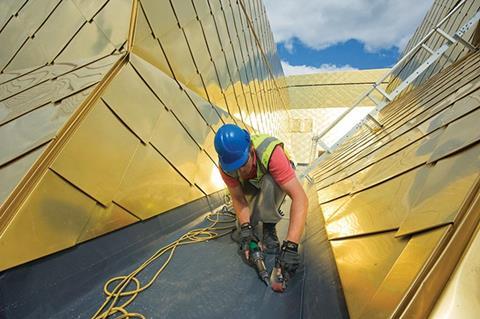 A worker applies Sika Sarnafil’s G410-18ELF PVC membrane to the roof of The Hive Worcester Library and History Centre, in accordance with CDM regulations

This module is sponsored by Sika Roofing

The Construction (Design and Management) Regulations were introduced by the Health and Safety Executive (HSE) in 2007 as a means of improving health and safety on UK construction sites, and reducing the risk of harm to those who have to build, use and maintain structures. They impose legal duties on virtually everybody involved in the construction process, including clients, designers and contractors, from the inception of a project to final demolition and removal. For the purposes of the CDM regulations, these people are often referred to as “duty holders”.

The 2007 CDM regulations actually applied to all sites, though this was not widely understood. There were additional duties for “notifiable” projects – that is, projects that took longer than 30 business days or 500 person days. These included the requirement for the client to appoint a “CDM coordinator” and “principal contractor”. The CDM coordinator had the legal responsibility to advise and assist the client on all of its health and safety duties and provide pre-construction information to the contractor. The principal contractor, meanwhile, had to develop a health and safety plan from this information and ensure that it was followed.

On 6 April 2015, a new version of the regulations (CDM 2015) was introduced. The update has been partly prompted by suggestions that there was still a lack of integration between health and safety requirements and design in the pre-construction phase of projects. It was argued that the CDM coordinator was often appointed too late to be embedded effectively in the pre-construction team.

The HSE also felt that instances of unacceptable standards were persisting, particularly on smaller sites. CDM 2015 will therefore bring a greater focus on smaller projects, as well as place new obligations on clients and facilities managers, through a number of significant changes. These include:

It is in the interests of everybody involved in construction projects, but particularly those who procure them, to know and understand these obligations. This CPD will outline the major changes, and explain what they mean. 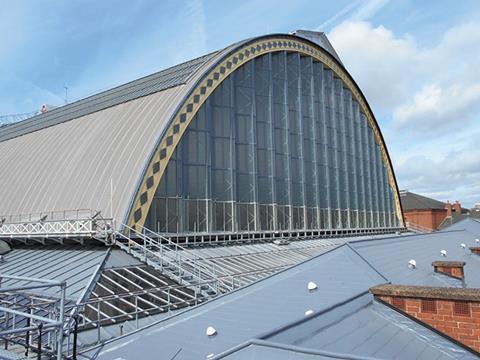 The Olympia in London, the barrel-vaulted roof of which has been fully refurbished using the Sika Liquid Plastics Decothane Omega 15 system and Decothane Clearglaze

Under CDM 2007, the CDM coordinator was the client’s key safety adviser. The removal of this role therefore has a significant impact on project safety governance. If you are a client, you must make suitable arrangements for managing a project, including the allocation of time and other resources. Clients’ key responsibilities include:

Perhaps the client’s most important duty is to appoint a principal designer and principal contractor, which are mandatory on projects with more than one contractor. In practice, these duty holders will carry out many of the functions listed above – although it is still the client’s duty to ensure that they are performing their roles. The client must make these two appointments “as soon as practicable”. In particular, the principal designer should be appointed as early as possible in the design process, ideally at concept stage. This will help the client to pull together the pre-construction information, such as asbestos surveys, existing health and safety files and structural drawings.

Failure to make these appointments will see their duties (outlined below) transfer automatically to the client.

The exceptions to this part of the regulations are domestic clients – which are defined in CDM 2015 as “clients for whom a construction project is carried out which is not done in connection with a business”. On domestic projects, most client duties are passed to other duty holders, and should the client fail to appoint a principal designer and contractor, these roles fall automatically to the designer in control of the pre-construction phase and the contractor in control of the construction phase of the project.

The new role of principal designer takes on many of the duties of the CDM coordinator – although it is not a direct replacement. The principal designer must plan, manage, monitor and coordinate health and safety in the pre-construction phase of a project. This includes:

The principal designer does not need to be the lead designer on the project, and it should never be assumed that the lead designer takes on this role by default – the appointment must be made in writing. CDM 2015 includes in its definition of designers: “architects, architectural technologists, consulting engineers, quantity surveyors, interior designers, temporary works engineers, chartered surveyors, technicians or anyone who specifies or alters a design”. It also states that the principal designer must be “an organisation or an individual with sufficient knowledge, experience and ability to carry out the role”. 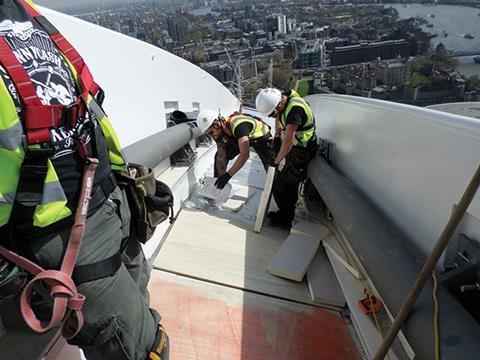 This remains largely unchanged from CDM 2007. The principal contractor must plan, manage, monitor and coordinate health and safety in the construction phase of a project. This includes:

On a roof refurbishment project where the manufacturer might directly be advising the client on design and specification, it is its duty to inform the client of its responsibilities under the regulations, and in other scenarios it will be its duty as a designer to comply with the requests of the principal designer.

Under CDM 2015, the HSE will need to be notified about projects exceeding 500 person days or “longer than 30 working days” with “more than 20 workers working simultaneously”. This should have the effect of reducing the number of notifiable projects.

The easiest way to notify any project to the HSE or other relevant enforcing authority is to use the online notification form F10 on the HSE’s website. Further information on how to notify construction work can be found at www.hse.gov.uk/construction/cdm/faq/notification.htm.

It is important to note that clients, designers and contractors still have responsibilities for those projects for which the HSE does not require notification. 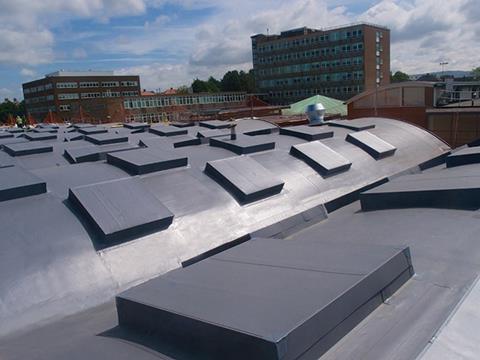 The HSE recognises that there are construction projects that started before the CDM 2015 regulations came into force and continue beyond that date. For these projects (as long as there is more than contractor involved), the following transitional arrangements apply.