Croydon to decide on Brick By Brick sale next month

Croydon council now plans to take a decision on the future of its troubled housebuilding subsidiary next month after it emerged that Homes England has been brought in to assess the value for money of a recent bid.

A spokesperson for the council said the decision over the possible sale of the business to a bidder – thought to be regeneration developer Urban Splash – will now be taken at one of two scheduled cabinet meetings in July. 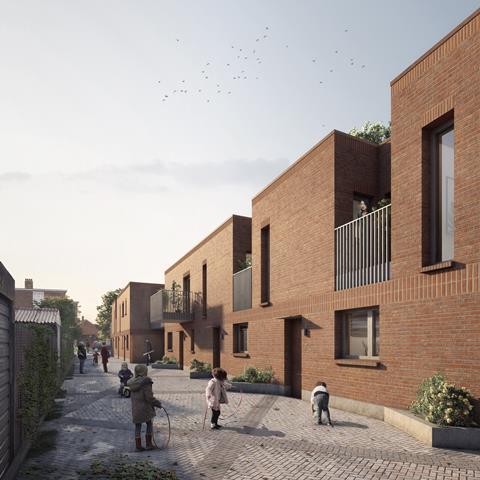 The admission came as the improvement and assurance panel appointed by the government to oversee the financial recovery of the council claimed in its latest monthly update that the council had rejected the initial offer by the bidder before entering in to further negotiations.

The update also revealed that the council has brought in housing quango Homes England to run the rule over the proposed sale of Brick By Brick, apparently in order to ensure the price offered was value for money.

The future of Brick By Brick, previously thought to be one of the most successful council-owned housing companies in operation, has been in serious doubt after it became implicated last year in the financial crisis engulfing the south London council.

In November Croydon effectively declared itself bankrupt, with auditors saying that loans of more than £200m to Brick By Brick had contributed to its financial problems. In February the council said it would seek to wind down the business from this autumn unless a buyer for the firm could be found.

The improvement and assurance panel update also revealed that other firms have expressed an interest in buying Brick By Brick, suggesting that the council’s decision to negotiate exclusively with a single bidder was hampering its ability to assess the value for money of the bid.

The report said a 28-day exclusivity period with a bidder for Brick By Brick had been entered into on 26 February this year and had “subsequently been extended to allow for further negotiation after an initial offer was rejected by the council.

“There have been approaches by a number of others interested in acquiring some or all of BBB or providing management support, but these have been put on hold due to the non-disclosure agreement in place.”

The report said that dialogue with these parties “would have helped to provide an assessment of the relative value of the offer now on the table”. It added: “This means that the council will have to explore other means of gaining assurance that a deal offers good value for money for it and taxpayers, such as working with Homes England, should they decide to pursue it further in these circumstances.”

A spokesperson for the council said: “We remain in discussions with a potential buyer for Brick By Brick, who have submitted a revised offer that we are currently considering.

“Getting the best possible value for local taxpayers is central to any potential sale, and Homes England has advised us as part of this process.

“No final decision has yet been made on the future of Brick By Brick, but an update paper is expected to be discussed by councillors at either of cabinet’s two meetings in July.”

Croydon’s cabinet is scheduled to meet on 12 and 26 July.