One year on from Building’s first diversity and inclusion survey, Jordan Marshall looks at what – if anything – has changed and what more the industry should be doing to combat discrimination in the workplace 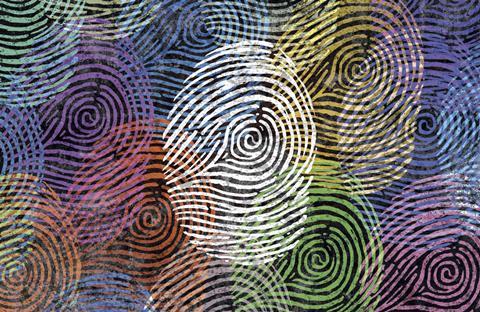 Building’s second survey investigating diversity and inclusion in the construction industry has shown there is still a long way to go before it becomes reflective of wider society and makes everyone feel welcome, with substantial portions of the workforce either unaware of their companies’ diversity policies or not believing themselves valued for the difference they bring.

“Companies need to find better ways to communicate their policies around diversity, equality and inclusion. The point is that people are clearly not aware of whether or not there are processes to support them in their businesses,” observes Mary Pierre-Harvey, a consultant estates executive who was previously the first Black female head of estates at a large UK university.

The diversity survey was conducted by recruitment firm Hays and examines people’s experience with diversity and inclusion based on ethnicity, gender, mental health and disability status (the sample questions in this piece are taken from the survey). Being the second survey of its kind, it is possible to examine changes across a number of areas year-on-year.  The proportion who identify as having what the Equality Act of 2010 calls “protected characteristics” – of age, race, disability, sex, religion and belief, among others – is broadly similar to industry averages.

It is important to note that the nature of this survey – dealing as it does with an issue that affects groups under-represented within this relatively non-diverse industry – means the balance of views will lean towards the opinions of those who have not experienced discrimination. The respondents were, after all, 71% male, 80% White and 90% able-bodied.

The overall sample size – at just over 500 – is less than last year, perhaps due to the fact it was carried out during the first month of lockdown.

When the data is segmented by age, sex, race and disability, respondents from minority groups report far higher instances of discrimination than the general sample and are far less convinced of construction companies’ willingness or ability to tackle it effectively. So the question becomes: what do the results tell us about perceptions and experiences of discrimination in the construction sector and what should industry leaders be doing about it?

When analysing the data, the varying experience of different groups becomes clear: while 52% of respondents said there had been an occasion when they felt that their chance of being accepted for a job had been lowered because of sexual orientation, ethnicity, age, gender, disability or mental health condition, this increases to 77% for Asian or Asian British respondents, and 71% for people with a disability. In other words, more than two-thirds of respondents who are Asian/Asian British or with a disability felt that who they were had held them back in the sector.

Even more worrying, this is an increase on last year, when 62% of people with disabilities and 55% of Asian and Asian British respondents felt that they had been overlooked for jobs because of protected characteristics.

There was a similar trend when it came to who felt that their chances for career progression had ever been limited by their sexual orientation, ethnicity, age, gender, disability or mental health condition. Just 58% of the overall respondents felt this to be true, but this increased to 77% for Asian or Asian British, 76% for Black or Black British people and fell to 55% for White respondents.

Last year 68% of Asian or Asian British people, 78% of Black or Black British people and 41% of White respondents had felt that way.

Gender or gender identity was considered the most limiting factor for being paid equally, with 44% of people saying they felt it was a barrier to being fairly remunerated.

It was also reported that the introduction of gender pay gap reporting was widely felt to have had no impact on pay in construction since it was introduced, with 36% of people saying it had made no change to their situations.

“I have been targeted at one of my old companies with racist ‘banter’ and a constructed campaign to undermine my work and abilities.” These are the words of one of the respondents to the survey. This is a sentiment that is amplified by the fact that 48% of people feel more likely to be promoted if they have a similar socio-economic background to the organisation’s management. While this exact question was not asked in 2019, it appears to be on a par with the sentiments reported in the previous survey, which found 60% of people felt leaders had a bias towards people who look, think or act like them.

Other comments made by respondents reporting experiences of discrimination include: “My manager informed me that he doesn’t like my tone of voice and accent while presenting projects to him” and “working in an all male company and being a female gives less responsibility and career progression”.

Yvonne Smyth, group head of diversity and inclusion at Hays, says these actual and perceived biases need to be a major consideration and steps should be taken to counter assumptions of bias. She says: “Measures such as name-blind CVs, unconscious bias training, diverse interview panels and proactive use of inclusive language can be taken throughout the recruitment process to overcome biases and make fair, inclusive hiring decisions.”

Smyth also flags that to reduce bias on a cultural level within an organisation, employers need to be encouraged to make changes. She says: “[Employers need to] run employee feedback surveys to investigate lived experience of staff, establish mentoring schemes, including reverse mentoring [where an experienced senior member of the company listens and learns from their junior colleague], so diversity of experience and opinion can be shared between colleagues, and consult with employee networks so employees feel like their voice can be heard.”

For Theresa Mohammed, partner at law firm Trowers & Hamlin, there is a wide gap between what a company says it is doing to tackle discrimination in the workplace and the reality of their websites, boardrooms and networking events where Black and ethnic minority people are not represented in any significant way, especially in senior management positions. “The undeniable truth is that many of us in construction have been trapped inside an intellectual bubble. We believe that because we are not racist and fully understand the huge benefit of diversity that everyone else thinks the same way and diversity will improve over time.”

For Mohammed, action requires “targeting talented Black and ethnic minority people when they are at school and continuing to mentor those individuals from that point onwards” (see her comment, right). 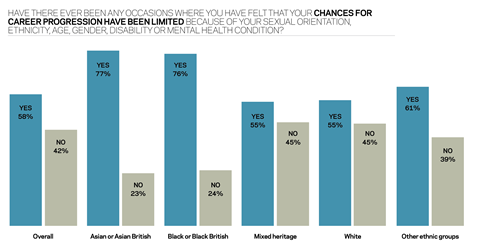 “As we come out of the coronavirus crisis, flexible working needs to continue to be a focus for construction employers. It’s positive that over half of respondents say their employer offers flexible working, but this needs to increase so its value as a tool to improve diversity and inclusion can really be seen,” says Hays’ Smyth. But even if firms have flexible working practices in place, many employees do not feel they are actually able to use them. One respondent said: “While my organisation offers flexible working, in reality senior management consider you to not be as dedicated if you’re not in the office for at the minimum your full working day, and they consider unpaid – without time in lieu – overtime to be part of the role.”

This is a problem for those looking to make the industry more diverse, says Pierre-Harvey, who points out that “11.8% of people were not sure if their workplaces offered flexible working and are not sure it applies to them – that is an issue. Employers need to be saying: where are these policies, who has access to it? If someone is a site manager or ground worker, do they have access or the time to look at these things?” 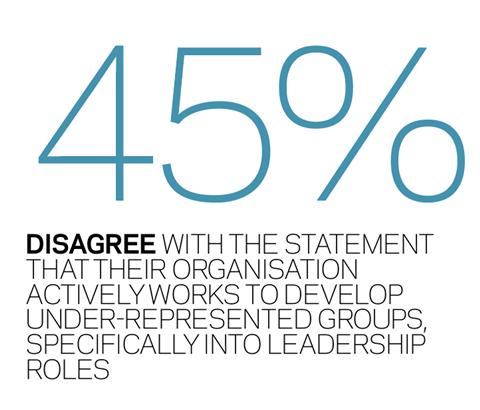 Many of the respondents do acknowledge the challenges of flexible working in construction, with one respondent saying: “The building services and construction industry currently requires speed and continuity, working part-time/flexibly does not fit this profile hence employers/clients find it difficult to accommodate this sort of intermittent working each week and prefer someone who can be consistent across a working week and plan work and fees this way.” But Pierre-Harvey says it is imperative that firms make flexible working possible if construction is to become a more diverse and inclusive sector, as it allows the industry to cater for people with different needs.

Pierre-Harvey says the fact that so many people have taken the survey over the past two years is in itself encouraging: “To a certain degree people may have felt it is a way of giving their views in a safe space, as people often think they may be penalised or looked down upon for discussing some of these topics.” She was further encouraged that White men felt inclined to participate in a survey on diversity and inclusion to which they previously may have felt no motivation to contribute.

And she adds: “I feel that the survey is giving a message overall that indicates where some of the key problem areas are around diversity and equality, which provides a base to work from.” She says the picture around mental health is of concern, with comments such as “we work in construction, to show issues with mental health is considered a weakness” suggesting a woeful lack of awareness by many in the sector.

Surprisingly, over a quarter of respondents (27%) said that their employer does not offer mental health advice and support

Smyth also says that setting diversity targets – only 29% of respondents say these are currently in place at their organisation – and establishing access to mentors, which close to half of people say they do not have, would help improve diversity. “Demonstrable support for key diversity and inclusion events and the establishment of and consultation with diverse employee resource groups and networks are also key,” she says. “These measures should form part of a wider strategic programme whereby employers in the sector take every opportunity to purposefully demonstrate and evidence their commitment to diversity and inclusion both internally and externally – which only 32% of employees feel is the case within their organisation.”

This is something clients are increasingly demanding of construction firms, according to Patricia Moore, UK managing director of Turner & Townsend. “We have been driving initiatives in gender and diversity for a number of years and have begun to change the dial but our clients, our people and society are now demanding an even greater pace of change,” she says. “Being a responsible business drives us to take action. The demonstrable link between successful and diverse organisations underlines the business imperative to accelerate change.”

Shortly after Building’s diversity survey was carried out, race and racial justice leapt to the top of the news agenda with the police killing of George Floyd in Minneapolis and worldwide mass protests in support of Black Lives Matter. Prime minister Boris Johnson’s response was to announce a new cross-governmental commission into racial inequality. But Pierre-Harvey, who says she has “first-hand experience of the glass ceilings placed above Black workers in the industry”, says if Black lives really matter, then companies need “to give Black workers a truly equal chance across all levels of the industry and not wait for yet another report into race equality to tell us what we already know we should be doing.” From the results of Building’s survey, it is clear that construction, among other industries, needs to up its game.

Under the Equality Act 2010, it is illegal to discriminate against someone because of what are called “protected characteristics”. These characteristics are those of:

The 2010 Equality Act places responsibility and obligations on employers for direct or indirect discrimination against staff, job applicants and other parties by its employees, managers or agents.