More Young Architects of the Year: On sustainability

In the second of our series talking to the nominees for the Young Architect of the Year award, the architects give us their take on sustainability 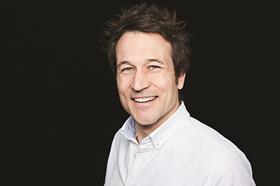 What is the biggest challenge facing the UK’s built environment, and how should it be addressed?
We need a commitment on the consistent direction that the industry needs to go in: it’s crucial that we have funding for research and development so we can develop innovative, sustainable solutions.

What will be the most important innovations in sustainable design over the next three years?
Healthy materials are going to be important when you are keeping a sealed, air-tight building. You can seal up the box but it needs to be breathable, specifying and using healthy materials that don’t give off gases over time.

What would be your message to the prime minister about the built environment?
With the population increasing, more people are now living in urban areas. The built environment could be the biggest opportunity to lock in sustainable, happy and healthy lifestyles. Our understanding of how societies interact and enjoy physical spaces needs to be improved. We could be more intelligent in our design of public spaces that in turn drive the buildings and the city rather than the buildings driving the spaces. We need to be designing for quality of life. 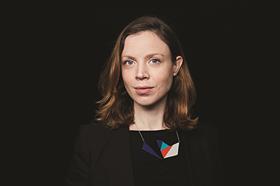 Jay: What is the biggest challenge facing the UK’s built environment, and how should it be addressed?
In Germany, activity is much more spread out, which is true of a number of European countries but in the UK, it’s very concentrated in London. We are trying to sort that out with HS2, but we are seeing London eating itself. We are trying to find an office at the moment but can’t because they have all been turned into housing.

Has the sustainability issue run out of steam?
Sustainability isn’t an issue, it’s just a fact, something that needs to be done and you can’t hide from. It’s part of everything we do as younger architects: we’ve never known any different.

Fiona: What will be the most important innovations in sustainable design over the next three years?
Innovations, like hydro power and electric cars, have been there since the 60s and 70s so we don’t need more inventions. It’s just the political will to influence and persuade people to use them isn’t there. The most important innovation would be a stronger policy that would offer households greater incentives to take advantage of the sustainable measures which are already out there and are getting better all the time. 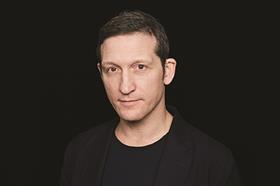 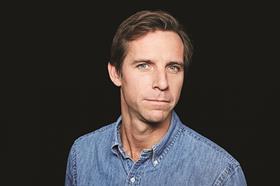 What is the biggest challenge facing the UK’s built environment, and how should it be addressed?
Affordable housing for families is my number one priority. It needs to be addressed on a policy level by freeing up more land and more sites in green field areas outside of cities. The government should also be more pro-active about pushing younger firms, not just using the same old companies like Barratt. There seems to be a lack of diversity in the housing market, which is very much pushed by what the big housebuilders want.

Has the sustainability issue run out of steam?
Policy-wise, things have hit a brick wall. When you are doing projects for developers, they are only interested in being seen as sustainable if they get a badge like BREEAM so those people are going to stop doing it. There’s no real will at the moment. At a political level, the housing and environment ministers should have a rethink about where they want to take it (sustainability).

What will be the most important innovations in sustainable design over the next three years?
It’s going to be in building fabric. I’m not talking about aesthetics but materials. We’re doing a blockwork project in Africa using recycled polystyrene mixed in with concrete to give it more density. It has a much lower carbon footprint than bricks and mortar and very cheap to produce because it can be done locally. Also, 3D printers are getting cheaper to make and allow you to create interesting architecture at low cost.

What would be your message to the prime minister about the built environment?
A full survey of all the existing buildings within the UK to establish how many are being used (or not) and what they’re being used for. There is a lot of pointless new wbuild going on nowadays that could be avoided if there were bigger penalties applied by the government for unused, under-used or misused properties.  This would open the door to more opportunities to retrofit existing buildings which are no longer being used to their full capacity, create needed changes of use and push landowners not to leave their properties vacant. 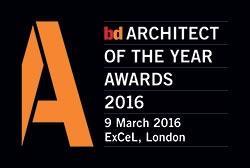 The twelfth Architect of the Year awards, this year hosted by Stephen Fry, will take place at London ExCeL’s Platinum Suite in collaboration with Ecobuild, on Wednesday 9 March